Heralded as the inventor and godfather of dungeon synth, Norwegian dark artist Mortiis has announced that he will be performing a series of shows celebrating his “Era-1” material throughout Europe in autumn/winter, with plans to return to North American shores for a headline run early in 2020. “I’m very much looking forward to returning and touring North America again,” says the musical goblin, “This being a sort of ‘part 2’ of the U.S. tour I did earlier this year, of course with different cities.” The European dates will begin on October 19 in Copenhagen, Denmark, concluding on December 14 in Sadnes, Norway; with avant-garde black metal act T.O.M.B. acting as support, the U.S. tour will begin on January 24 in Minneapolis, and runs until February 8 in San Francisco. Tickets and a full listing of tour dates can be found on here. 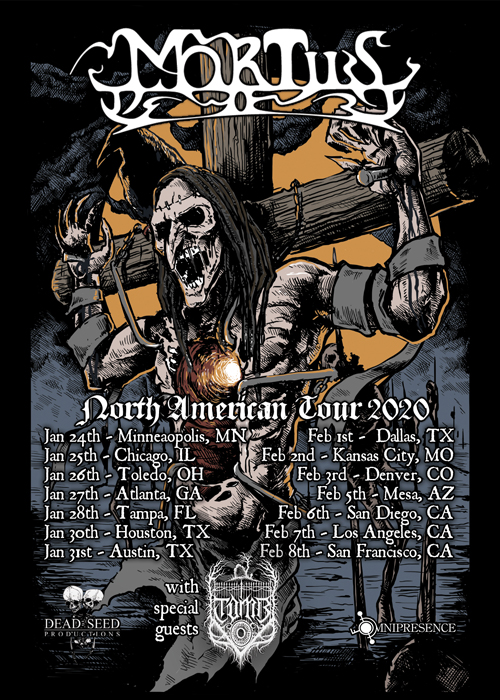 This latest tour will be in support of Mortiis’ upcoming album, Spirit of Rebellion, due for release on January 24, 2020 via Omnipresence Production and Dead Seed Production. Having released the video for “Visions of Ancient Future” earlier this year, along with the callout to the band’s street team members to assist in promoting the new record, Spirit of Rebellion marks the artist’s return to the creation of dungeon synth as the album features a “reinterpreted expansion and continuation” of his 1994 Ånden som Gjorde Opprør, which was recently reissued and is now being repressed in limited edition “Spectral Fog” and “Sacrificial Blood” variants, now available via the Mortiis webstore. “When I was working on re-interpreting my old music for the Cold Meat Industry festival in Stockholm almost two years ago, I had no idea that I’d eventually create an (almost) new record,” says Mortiis; he goes on to say, “I had to fend off a lot of demons to get to this point. They’ll be back. They always come back, but at least my vision is no longer clouded.”