MINISTRY to support Slayer during final stretch of farewell tour0 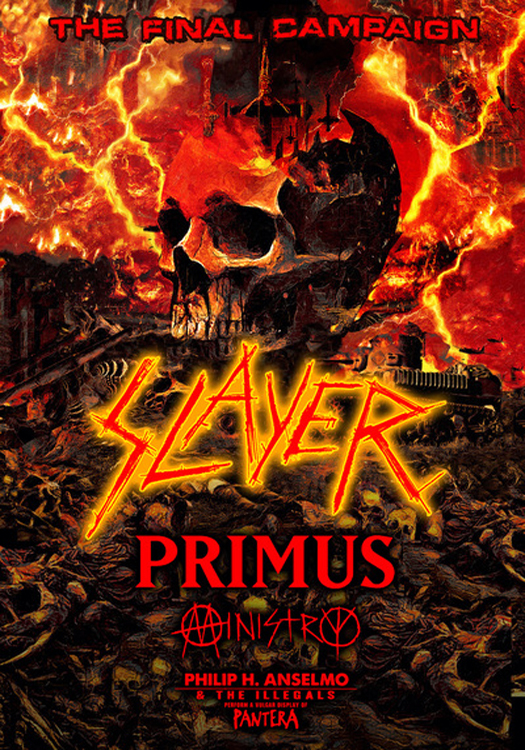 As the end of Slayer’s farewell world tour approaches, it has been announced that MINISTRY will be joining the prominent thrash metal band for the final 18 dates of The Final Campaign. This comes as MINISTRY is hot off the heels of its own European summer festival tour. Promising a set list of classic hits over the industrial/metal band’s long career, including tracks recently unearthed from the archives of the WaxTrax! era, MINISTRY founder Al Jourgensen is looking forward to the tour, commenting that “In honor of Slayer’s final farewell, we will be serving all meat in the set – no appetizers, no dessert, just bringing the beef, baby!” This also marks MINISTRY’s first tour in the U.S. with newly appointed bassist Paul D’Amour (formerly of TOOL) as longtime bassist Tony Campos tours with Static-X. With tickets going on sale on Friday, July 12 at 10:00am local time in each market, MINISTRY’s leg on Slayer’s The Final Campaign Tour begins on November 2 in Asheville, NC, and concludes in Los Angeles on November 30; a full list of dates, along with ticketing info, can be found on MINISTRY’s website. Additional support during this seventh and final leg of Slayer’s farewell tour will also be provided by Primus and Philip H. Anselmo & The Illegals.