Lord of the Lost releases live DVD of 2017 orchestral performance0 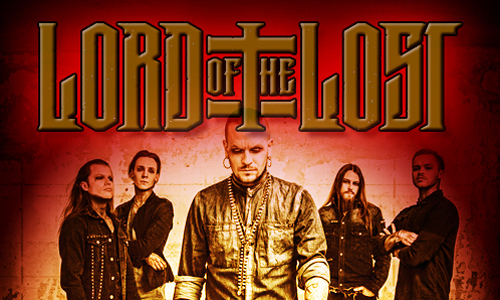 German dark rock act Lord of the Lost closes out what has been one of the group’s most momentous years with the release of a live DVD, Confession (Live at Christuskirche). Recorded in the Christuskirche Bochum during the band’s 2017 tour in support of Swan Songs II, the DVD showcases Lord of the Lost’s blend of industrial/rock and metal with orchestral arrangements to create a veritable rock symphony. Confession (Live at Christuskirche) is now available via the Napalm Records webstore in limited edition DVD+2CD pack, a deluxe box, and as a digital audio album.

Lord of the Lost is currently touring in support of the band’s sixth album, Thornstar, released in August of this year, with dates in the U.K. and China carrying the band through the end of 2018. In addition, the band will be touring across Europe with tour and festival dates planned all the way up to July of 2019; a full listing of dates can be found on the Lord of the Lost website. Thornstar debuted at the #6 position on the German album charts.
Today also marks the release of the Vampire Mode EP from electro/goth duo Randolph’s Grin, produced by Lord of the Lost’s Chris Harms and Benny Lawrenz. Additionally, Harms is a featured guest performer on the upcoming new album from fellow German industrial band OOMPH!, announced earlier today.