364 days after the release of the band’s Under the Patio debut, Bristol-based post-punk and alt. rock act Little Thief has unveiled a romantic new single. As the band was founded by Charlie Fitzgerald and Rhii Williams in 2015 shortly after the beginning of their relationship seven years ago, “Lost in Love” celebrates the pair’s recently announced engagement, with Fitzgerald explaining that they “wanted to write a song that explored the unspoken, unexpected, sultry passion that creeps in when you’re six feet deep.” The single is supplemented by the B-side cover of Bruce Springsteen’s “I’m On Fire,” transforming the song into a no lesss impassioned helping of shoegazing alternative that complements the throbbing and insistent energy of “Lost in Love.” The single is now available to stream on Spotify and Apple Music.

Additionally, Little Thief has announced a run of shows throughout the U.K., beginning on September 19, and with the final date of October 1 serving as the band’s engagement party, taking place at The Lanes in Bristol. “All are welcome to come along,” the duo states, with those who wish to attend able to RSVP via HeadFirstBristol; a full listing of live dates can be found on Little Thief’s website. Under the Patio was released on September 17, and is available digitally as a name-your-price item on Bandcamp, with a vinyl edition limited to 100 copies also available. The album was produced and mixed by Stew Jackson, with contributions on various tracks from Marc MacNab-Jack, Alex Pilkington, and Machine. 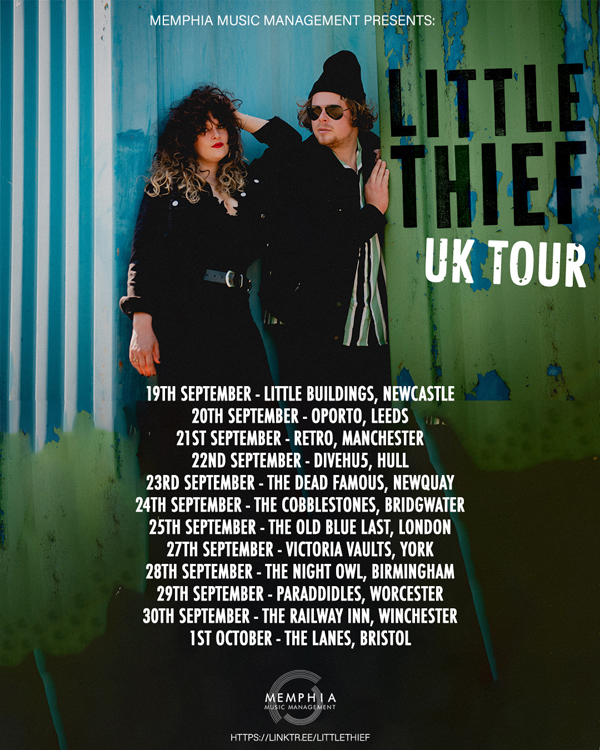