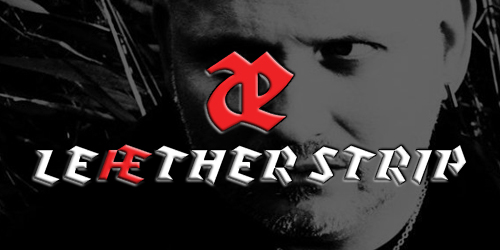 Never an artist to sit still for very long, Claus Larsen continues to pay homage to his diverse musical influences with the announcement of the fifth installment of Leæther Strip’s Æppreciation series. Since the start of the series in 2014, Larsen has used these albums to showcase a wide range of musical tastes, infusing his distinctive brand of danceable industrial and EBM to everything from the trippy electronics of Björk to the gritty alt. rock of PJ Harvey; now, he takes on new wave legends Duran Duran with the first single off of Æppreciation V, covering “The Chauffeur” off the band’s 1982 hit album Rio. While the song was somewhat overshadowed by such hits as “Hungry Like the Wolf,” “Save a Prayer,” and “Rio,” “The Chauffeur” has remained a steadfast favorite among fans and has been spun by many a goth/industrial DJ, with Larsen now giving the song his own “eerie, ominous, industrial strength groove.”

Due for release on October 22 via Cleopatra Records, Æppreciation V can be pre-ordered now in digital, CD, limited edition green vinyl formats. The album also features covers of Lords of Acid’s “I Sit On Acid,” Judas Priest’s “Hell Bent For Leather,” The Cars’ “Drive,” Wall of Voodoo’s “Mexican Radio,” and The Clash’s “London Calling,” among others.
Additionally, Leæther Strip will be releasing in November full-length tribute albums to two iconic industrial groups – Godflesh and Skinny Puppy – with both now available for digital pre-order on Bandcamp. Both albums are due for release on November 24 via Larsen’s own LÆBEL imprint; Throwing Bones II marks the artist’s second Skinny Puppy tribute album, following the first volume released in 2020.