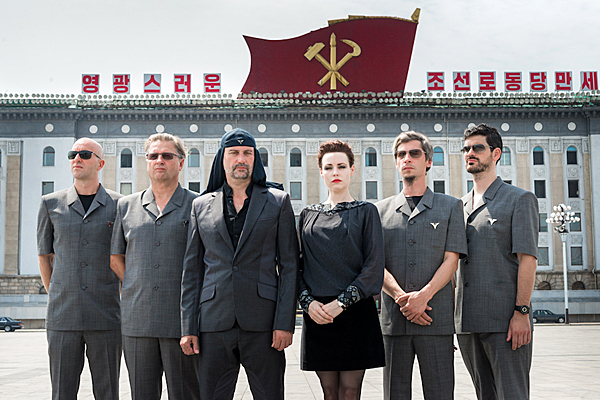 Slovenian avant-garde industrial group Laibach has marked the United States/North Korea summit with a new version of the track “Arirang,” a re-interpretation of a traditional Korean folksong, which Laibach first performed on the controversial 2015 North Korean tour. The updated track, which is dedicated to the reunification process, is combined with a well known North Korean song, “We Will Go to Mount Paektu,” and features vocals by Boris Benko and the North Korean Kum Song Music School Choir from Pyongyang. The choir also appears in artist/director Morten Traavik’s documentary of the tour, Liberation Day, which is available now via iTunes. An exhibition of Mute founder Daniel Miller’s photographs of the tour opens on June 28 in Vienna, Austria.

A second documentary, LP Film Laibach, chronicling the group’s first five years and the release of the debut album June 12 premiere’s in Ljubljana, Slovenia. Laibach has several European and Russian festival dates lined up from June through October, including a performance with a Philharmonic Orchestra in Ljubljana, with more dates to be announced. All tour dates can be found on the Laibach website.