With the September 27 release date for the band’s new album rapidly approaching, KMFDM invites fans to share in the Ultra Heavy Beat’s own vision of “PARADISE” with a single edit and music video for the album’s title track. Making its premiere on Pure Grain Audio, the video for “PARADISE” presents a bleak observation of Western culture’s obsession with the accumulation of material wealth and the abuse of authority giving rise to tyrannical political structures, ultimately creating a planet that has become “a paradise for assholes”… and KMFDM will not stand for it! The song, and indeed the album as a whole, further presents the Ultra Heavy Beat’s penchant for poignant and powerful political discourse, with the ultimate statement of PARADISE to live with no regret, don’t look back, and find your destiny – in the band’s own words, “Not so much a political statement, but a cultural commentary…” 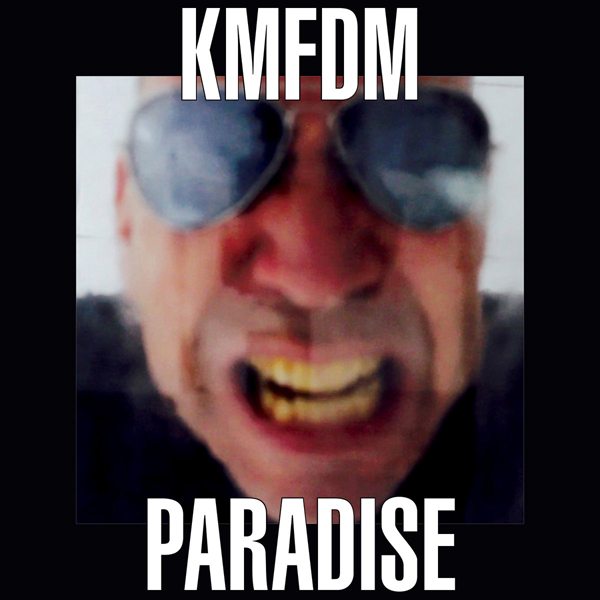 Set to the single edit of the song, the music video for “PARADISE” was directed by Eric A. Zimmerman of Tiger Eyes Media (and formerly of H-Gun Labs in Chicago); his history with KMFDM goes back to the WaxTrax! era as he was responsible for some of the band’s most beloved visual presentations, including “Vogue,” “A Drug Against War,” and “Juke Joint Jezebel,” with the band appearing in performance footage shot mainly by themselves. According to KMFDM, “The idea was to play with very disparate backdrops; some representing the crushing forward momentum of Western wealth, and the other showing the collateral devastation wrought by unchecked greed, individual isolation, and a hapless lack of insight to urgently needed changes regarding the use of global resources, as well as the continuing dehumanization of millions of people on the run from war, hunger, terror and climate change.” 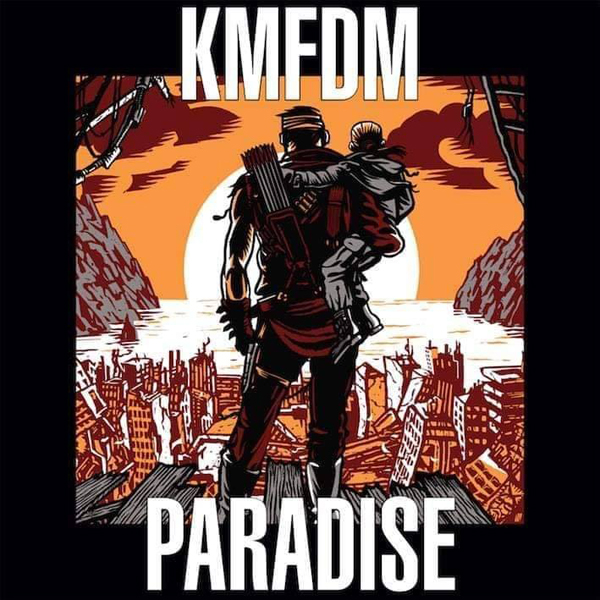 As stated, PARADISE will be released on September 27 via Metropolis Records, with pre-orders available on Bandcamp and the Metropolis Records website in CD and limited 2-LP vinyl editions. The album features the core band lineup of Sascha “Käpt’n K” Konietzko, Lucia Cifarelli, and Andy Selway now joined by guitarist Andee Blacksugar, along with guest performances by rapper Andrew “Ocelot” Lindsley, and KMFDM alumni like bassist Doug Wimbish (TACKHEAD, Living Colour), Cheryl Wilson, and <PIG>’s Raymond Watts, appearing for the first time on a KMFDM record since 2003’s WWIII album. The single edit of “PARADISE” is also available to purchase on Bandcamp, officially releasing on Friday, September 13.
In response to the plethora of fans anxious to see and hear KMFDM onstage again, no plans for a tour have been announced as of the publishing of this article.