With the Dreams of Neo-Tokyo remix companion now available for pre-order via FiXT and Bandcamp, Scandroid – the ’80s inspired electronic/new wave project of Klayton – has unveiled a new music video for the song “Eden.” Directed by Klayton and shot/edited by Kyle Danley, the video features Klayton in his Scandroid “Red” persona traversing a futuristic urban environment filled with broken down machinery and robot, with sets created by Matt Busch for his Aladdin 3477 feature. 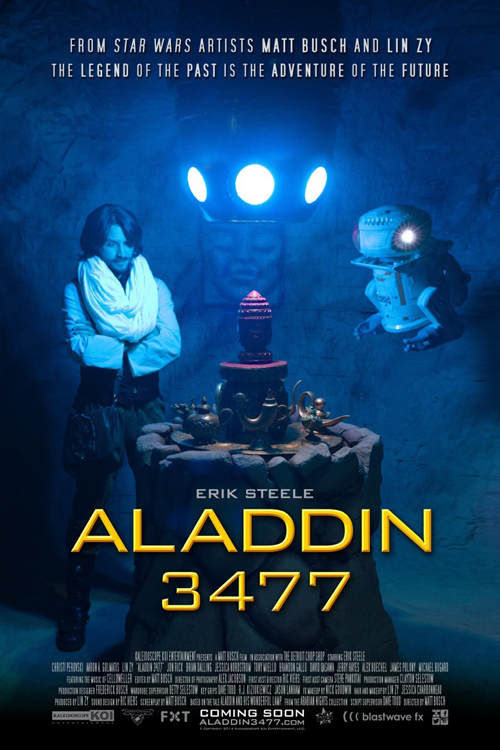 Busch, whose illustrative work has graced such properties as Star Wars, Indiana Jones, and Lord of the Rings, is currently in production of his sci-fi epic Aladdin3477. Produced by Lin Zy, and written and directed by Busch, the movie is based on the Arabian Nights tale of Aladdin and His Wonderful Lamp, set nearly 1,500 years in the future. Principal photography began in 2014 and has taken place in over a dozen countries around the world, with the primary locations being the futuristic landscapes of India, Hong Kong, Thailand, and Cambodia; Erik Steele, Christ Perovski, and Drew Barrymore all have starring roles, while Klayton will be composing original music for the movie. Additional music cues will be created by Busch utilizing Klayton’s Refractor Audio products, with Busch commenting, “While Klayton may not be creating the score for this film, this is easily the next best thing.” Busch and Klayton previously collaborated as part of the latter’s Cellevision YouTube series and on the End of an Empire comic book accompaniment to the Celldweller album. Bret from Blue Stahli, a prominent artist on Klayton’s FiXT imprint will also make a cameo appearance in the movie, with Klayton expected to follow suit. Aladdin 3477 is scheduled to wrap filming in early 2018 with a release to follow later that year. 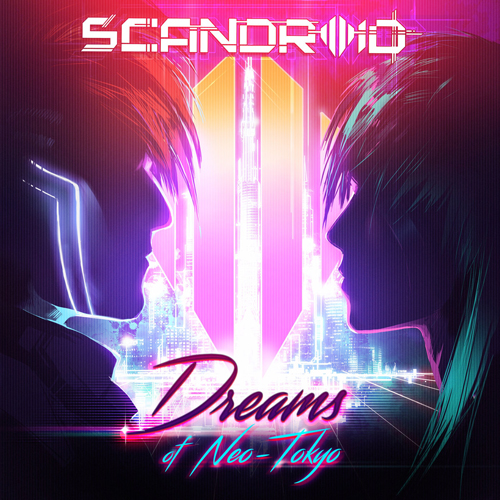 Following up on the international success of the Scandroid self-titled debut, the Dreams of Neo-Tokyo remix album and its instrumental accompaniment are scheduled for release on March 31; the album will be available in a multiple formats, including a limited edition cassette and a limited edition 2-LP vinyl set that features the bonus vocal track “Rendezvous.” Among the remixers on the album are Blue Stahli, Dance With the Dead, Daniel Deluxe, d.notive, and Waveshaper.