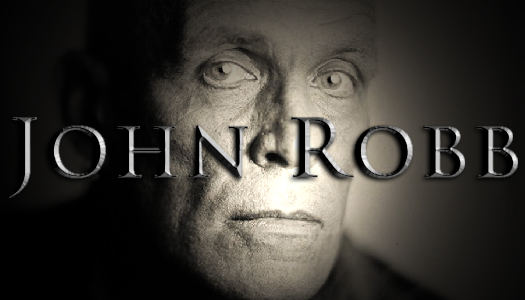 John Robb has established himself as one of the veritable scholars of punk rock, not only as a performer in bands like The Membranes and Goldblade, but also as a prominent music journalist, blogger, commentator, and author. Now, he has turned his attentions to the impact of goth music and culture, with the publication of his latest book, The Art of Darkness: The History of Goth.

Across the book’s 650+ pages, Robb delves deeply into the history and evolution of the scene, examining the social and political conditions and attitudes that informed what we now think of as “goth.” Robb goes as far back as to the “goths sacking Ancient Rome,” touching on the art, poetry, architecture, and folklore of Europe, and leading to the modern era with the assertion of Jim Morrison and The Doors as “the first band to be called gothic,” and culminating in the more familiar forms of punk, glam and post-punk. The Art of Darkness will also include interviews with artists like Adam Ant, Trent Reznor, Johnny Marr, Nick Cave, Andrew Eldritch, and members of bands like The Cult, The Cure, Laibach, Killing Joke, Bauhaus, The Damned, Einstürzende Neubauten, and many more. Due for release on March 24 via Louder Than War Books, pre-orders and signed copies for The Art of Darkness: The History of Goth are available on Bandcamp and Rough Trade.