Electronic rock artist Jenn Vix will release her simply titled sixth EP 6 on May 3 via Umbrella Music Company, with “Ride,” the first single and accompanying video, released in advance of the album. Of the retro new wave/synthpop style track, Vix states that she was “inspired by the feeling of being on a first date… but you’re actually a space alien and you’re going to take your date for a real ride, aboard your spaceship.” As such, the video follows an alien whose human disguise is wearing off as she takes the viewer on a road trip, entreating you to follow her to the stars. 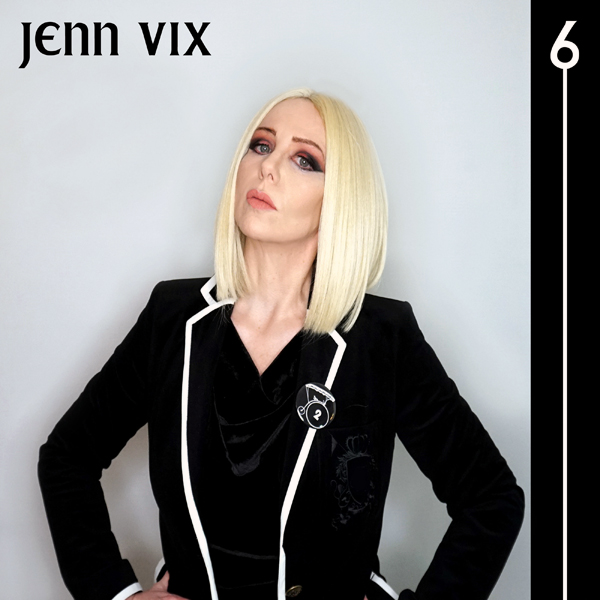 6 also has a serious side, with the song “Show Me the Sun” chronicling a nearly fatal illness and the long road to recovery and back to music afterwards, providing a deeply personal counterpoint. Vix takes on the roles of songwriter, producer, and recording engineer for the EP, not in small part as a challenge to sexism she still encounters in the industry, even as a successful musician with a career spanning decades and collaborations with the likes of Adam Horovitz of The Beastie Boys, Reeves Gabrels (Tin Machine with David Bowie, The Cure), John Ashton (Psychedelic Furs), Dirk Ivens (Dive, Klinik), Marco Pirroni (Adam and the Ants, The Models, Rema Rema), and the late Andy Anderson (The Cure, Iggy Pop, Edwyn Collins). Indeed, on 6, she is joined by Paul LF on bass and former Adam and the Ants and Bow Wow Wow drummer Dave Barbarossa. She comments, “I have been asked questions such as ‘Who writes your music for you?’ and ‘Oh, so you’re a singer, right?’ I have also heard ‘I didn’t know that women could be recording engineers.'” Persevering against these prejudices, Vix follows a mantra tattooed on her forearm, “Never give up!”