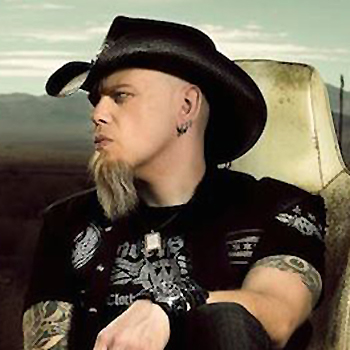 Dark country artist Jason Charles Miller – also renowned as the front man for industrial/rock band Godhead – will be hosting a charity Toys for Tots event, taking place at Hollywood’s The Dragonfly on Saturday, December 12. The event will feature Miller performing alongside Nashville artist Hannah Aldridge, Los Angeles Americana band The Far West, and ’90s country Star Wars parody band Garth Vader. This event is the third of Miller’s planned charity shows for December, starting with this Friday’s performance to benefit the Mr. Holland’s Opus Foundation, airing live on Geek and Sundry’s online Twitch TV channel at 10:00pm EST, December 4. On Sunday, December 6, Miller will then perform a 45-minute acoustic set at Cowboys & Turbans for the Friends of El Faro charity, opening for a series of Los Angeles standup comic acts.
Besides these live shows, Miller is currently working on a new solo album and was recently producing songs for a new album from Billy Ray Cyrus. Miller embarked on a solo career as a country artist with the 2009 release of his Last to Go Home debut, with 2012’s Natural Born Killer being his most recent release. He has provided vocals for the likes of Reeves Gabrels (David Bowie, The Cure), Professional Murder Music, Team Cybergeist, and Tina Guo, and has maintained a career as a voice actor for anime and video games, appearing in such titles as Texnolyze, Ghost in the Shell: Stand Alone Complex, Patlabor, Resident Evil: The Darkside Chronicles, and Diablo III. Godhead’s most recent release was the 2014 remix album The Shadow Realigned featuring several songs remixed from the band’s 2006 The Shadow Line; 2008’s At the Edge of the World was the band’s last studio release of original material.