Following up on her Davidian Sex Club debut, musician/producer Illuminatè Steele has commissioned renowned Lithuanian artist Natalie Shau to provide visuals for the forthcoming sophomore album, titled Diabolique: The Phantom Darkness. The new album follows up on Steele’s avant-garde and funky blend of hip-hop rhythms, dark electronics, and sensually charged lyrics drawing on her experience as a DJ and promoter in the Washington, DC and Portland, OR club circuits; with plans for a release in Summer of 2021, a preview of the album track “The Funeral Party” was released in October, offering a brief audio and visual snippet of the album’s darker synthewave textures. Among the pieces created by Shau forDiabolique are “Dark Mother” and “Isis: Vamp Dom,” both depicting Steele in the guise of Isis – “the Nubian; the original Goddess African Dark Mother” – with jewelry provided by Jeny Bites Jewelry. 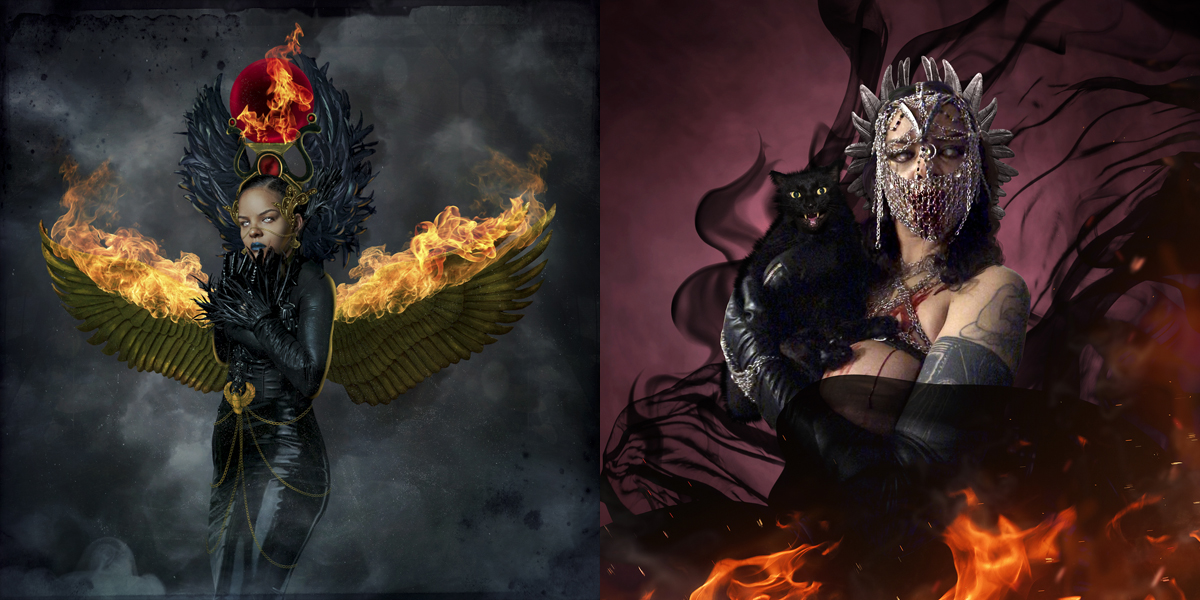 Prior to her career in music, Illuminatè Steele served multiple tours as an active duty U.S. Marine in Fallujah, Iraq during “Operation Enduring Freedom,” and is an enrolled member of “Three Affiliated Tribes” Fort Berthold Reservation in North Dakota. Now based in the Mid-western U.S., she works as a Buddhist meditation facilitator for a juvenile detention center in Minneapolis. Her Davidian Sex Club debut album was released in December 2019, spearheaded by such video singles as “A Darker Shade of Heaven,” “Anima Animus,” and “Design By Design.” In addition, a video remix of the album track “Generation Kill” for the Jane Doe directed Concrete Sky, making its premiere at the 2021 Film Score Fest, was released in December; based in Chicago, Doe also provided makeup and styling for Steele in the Shau pieces. She also collaborated with Minneapolis electro/industrial act Zwaremachine on a cover of the Animotion hit “Obsession” in 2018.