Experimental folk act Heilung, following a sold-out performance this past October at the historic Red Rocks venue in Denver, CO, has announced dates for a tour of North America in 2022. With the band’s performances heralded for the immersive and ceremonial power, drawing on the texts and inscriptions of Nordic and Germanic medieval history, the tour celebrates Heilung’s high-charting 2019 Futha release. “We were deeply moved by your warm welcome on our first visits in North America,” the band comments, with plans to plant a tree for each ticket purchase. The tour begins on August 26 in Atlanta, GA and continuing until October 1 in Dallas, TX, with stops including Pittsburgh, Chicago, Detroit, Los Angeles, San Francisco, as well as Canadian stopes in Toronto and Montréal. A full listing of tour dates and links to purchase tickets can be found on the band’s website. 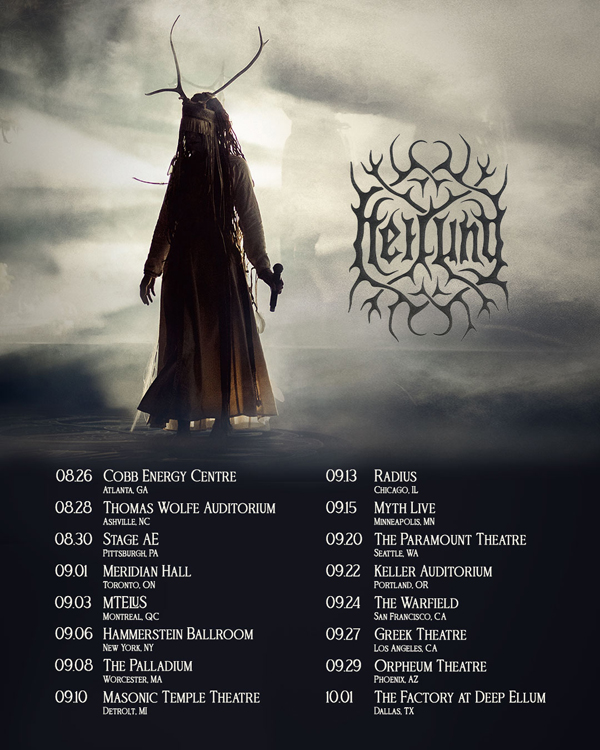 Featuring members from Denmark, Norway, and Germany, Heilung was founded in 2014 to create music that the band refers to as “amplified history from early medieval northern Europe.” Using items available to man since the Iron Age as instruments, the group has received numerous accolades and awards, with Heilung’s music also appearing in video games like Conqueror’s Blade and Senua’s Saga: Hellblade II, as well as episodes of Vikings and Game of Thrones.