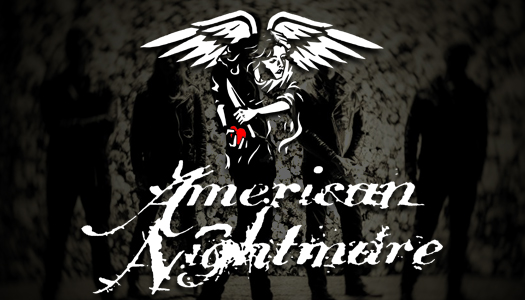 Boston’s American Nightmare may not have the most sizeable discography in the annals of hardcore/punk, but the band is steadily returning to regular activity with the announcement of a new EP, with today’s release of “Self Check-Out” marking its first single. Set to a virulent and almost mechanical beat compounded by guitars that virtually drill their way through the speakers, the song showcases Wes Eisold’s stream-of-consciousness diatribes on the state of a world in decline, as with the other songs on the forthcoming Dedicated to the Next World, the 56 seconds of “Self Check-Out” bristles with urgency and dread, indicative of the kind of audio violence American Nightmare had become known for during the band’s initial run from 1998 to 2004. Recorded live by drummer Alex Garcia-Rivera to two-inch tape, Dedicated to the Next World follows 2020’s Life Support EP, and is due for release on June 2 via Heartworm Press. Pre-orders for the EP are available now in standard black vinyl, as well as red, white, blue, and hot pink variants each limited to 250 copies.

American Nightmare had changed its name to Give Up the Ghost, which was originally intended for the title of the band’s second album. Due to legal disputes and health and personal reasons, the band broke up in 2004, with Wes Eisold subsequently forming darkwave act Cold Cave in 2008. The band reunited in 2011, performing live and recording sporadically ever since.