Greg Puciato is no stranger to live performance, earning a reputation for his powerful stage presence with the likes of The Dillinger Escape Plan and The Black Queen, all the while showcasing an exceptional vocal capacity. Now, following the release of his second solo album, Puciato has announced his first ever solo show, taking place on November 11 at Don Quixote in Los Angeles, CA; stating that “you don’t get firsts like this too often,” Puciato will be performing with a set of special guests and an opening act yet to be announced. Tickets for the event are currently available via SeeTickets, with additional details forthcoming. 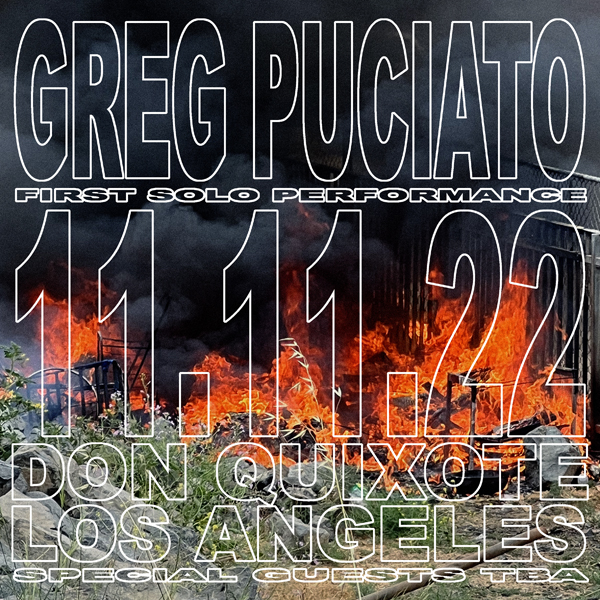 The show announcement comes hot on the heels of the release of Mirrorcell, Puciato’s second solo effort following 2020’s Child Soldier: Creator of God and its Fuck Content audio/visual companion. The record had initially been planned for a June 17 release, which was then pushed back to July 1, but ultimately arrived on June 24 after the artist had discovered that it had already been leaked; “At the end of the day nobody is gonna remember,” Puciato explains, stating that he feels no negative emotions about the leak and that “your album is either gonna resonate with people and find people or it’s not.” In addition to the nine original tracks, the Bandcamp edition of Mirrorcell will include acapella and instrumental renditions of the songs, while the Spotify and Apple Music editions are still awaiting a July 1 release with no extra material included. Also available via Bandcamp in limited quantities of 250 copies is a Picture Disc edition of Mirrorcell, marking a first for Puciato’s Federal Prisoner imprint. As the album cover features an image of Puciato’s eye, he explains, “my immediate thought was how killer a picture disc would look.” Commemorating the album’s release is the unveiling of a visualizer for its third single, “No More Lives to Go,” created by fellow Federal Prisoners Jesse Draxler and Brandon Galagher (Trace Amount). Puciato is currently on tour in Europe with Jerry Cantrell.