2021 has been a momentous year for GosT, having released the Rites of Love and Reverence album via Century Media Records earlier this year, and appearing on the lineup for the ninth annual ColdWaves event in Chicago. Now, the band is bringing the new album on the road for the Rites of Love and Reverence U.S. Tour; with dark alternative and post-punk act True Body as support, the tour will see GosT performing throughout the month of December, beginning in Forth Worth, TX and concluding in Denver, CO, with stops including Seattle, Portland, Las Vegas, San Diego, Los Angeles, El Paso, and more. Stating that it is “So crazy to be back on the road again,” GosT also promises an additional run of U.S. dates to take place in 2022. 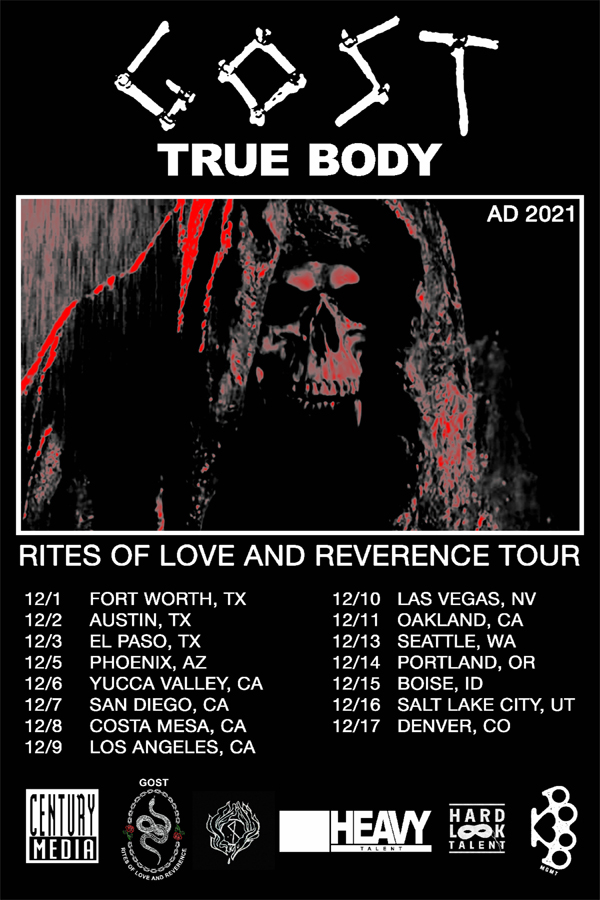