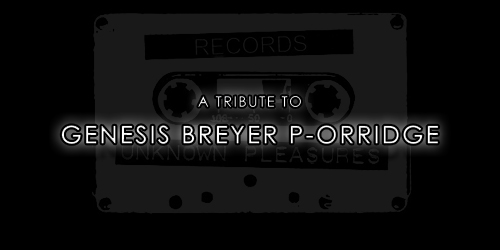 Unknown Pleasures Records has issued two compilation releases paying tribute to pioneering artistic, musical, and cultural icon Genesis P-Orridge, with all proceeds from the sales of both the CD and digital versions going to aid their ongoing battle against leukemia. P-Orridge – a renowned “wrecker of civilization” and founding member of such influential groups as Coum Transmissions, Throbbing Gristle, and Psychic TV – was diagnosed with chronic myelomonocytic leukemia in October of 2017, necessitating the cancelation of a planned Psychic TV tour. Pedro Peñas Robles of Unknown Pleasures Records states that, “GEN has always been for us a musical model, philosophical and spiritual; we’ll pay tribute to help him now!”
Both compilations are available digitally via Bandcamp and feature exclusive covers of tracks spanning P-Orridge’s audio outlets, with the first being available in a digipak CD limited to 500 copies; artists appearing on the two releases include Peaches, Norma Loy, Destroying Angel, LTNO, Electrosexual featuring Hanin Elias, Michael Idehall, Endless Chasm, Black Light Ascension, and more. The digital edition of the first compilation also features a bonus track by The Horrorist, while Amato.Hurtado contributes the only original composition on the two collections.

A GoFundMe page to raise funds for P-Orridge’s rising medical costs had been launched on November 28 by media theorist and documentarian Douglas Rushkoff. Thanks to the dedication of fans and backers, the campaign met its $10,000 emergency goal with the first day, which was then increased to $30,000, and then $50,000 – at the time of this article, the campaign has reach $48,644 in less than two months. 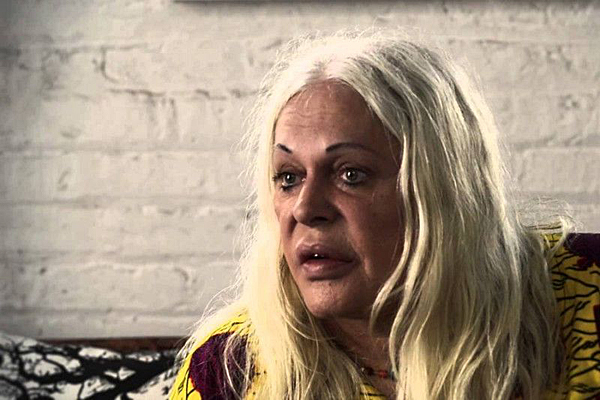