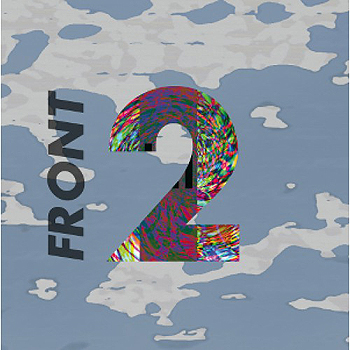 As part of the band’s re-release series celebrating 35 years of existence, pioneering EBM act Front 242 is issuing a remastered edition of the 2003 album P.U.L.S.E. via Alfa Matrix. The re-release will also feature as a special bonus the companion Still+Raw EP, in multicolored two-disc CD formats with the special collector box set limited to 1242 copies; this box set will include the album in vinyl and CD formats, as well as a 1989 live recording, a laminated live pass, posters, and the Alfa Matrix Sounds from the Matrix 017 compilation.
P.U.L.S.E. is to date Front 242’s last studio album of original material, released in 2003 after a decade long silence (excluding live releases and side projects) and showcasing the band’s then new musical approach, eschewing the EBM conventions established by previous releases in favor of a more experimental and unpredictable style. Along with the Still+Raw EP, this album received a mixed reception from fans upon its release, later finding favor with audiophiles for its innovative sound design and staying true to Front 242’s continued exploration of the limits of current sound technology.
The (Filtered) Pulse remaster, available for pre-order via Alfa Matrix and Storming the Base, releases on July 15. Front 242 plans to re-release the band’s first two albums – Geography and No Comment (the latter featuring the Politics of Pressure EP as a special bonus – later this year.