Featured reveals second EP from forthcoming album, featuring vocals by I Ya Toyah and Mari Kattman0 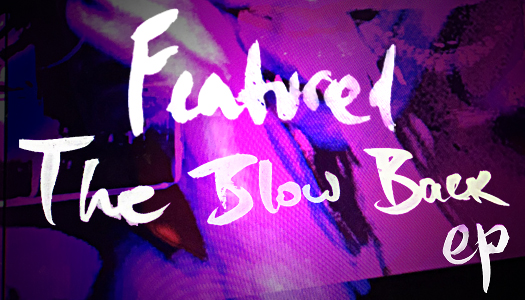 Today, December 2, marks the release of the latest EP from Julian Beeston’s collaborative project Featured, which serves as the second single from forthcoming full-length album. Continuing to act as a means for the acclaimed producer/musician to work with exceptional female vocalists in the industrial and alternative underground scene, The Blow Back EP centers on two new tracks – “Blow You Away” with Ania Tarnowska (I Ya Toyah) and “Hold It Back” with Mari Kattman (Helix). As with the preceding “Dicks Incorporated” single, the new tracks include instrumental contributions from Steve White (PIG, KMFDM) and Dean Garcia (Curve, SPC ECO), as well as brass by Jon Manness (Grizfolk, Sir Video) and harmonica by Anders La Source (The Premonitions); available now via Bandcamp, the new EP is also supplemented by remixes of the two tracks by John Fryer, SPC ECO, Sapphira Vee, MORGVE, Sound of Science, Drowntempo, MetroGlow, and Epsilon Zero, all mastered by Jules Seifert at Epic Audio Media. Videos for the two tracks, produced by De Facto Corporation and Power Chihuahua Studios, were releasesd prior to the EP on November 30, with “Blow You Away” show in Chicago and directed by Ralph Klisiewicz of Niche Visuals, and “Hold It Back” directed byNoah Mucci and Mark Allison of 401 Film.

The Blow Back EP follows the Dicks Incorporated EP released this past September. Following 2021’s Girly, All Mouth and No Trousers will be the second full-length album from Featured, due to arrive in the new year; the next single from the album will feature vocals by Lucia Cifarelli (KMFDM), with the album to also include vocals by Chelsea Dawn and Rose Garcia (SPC ECO).