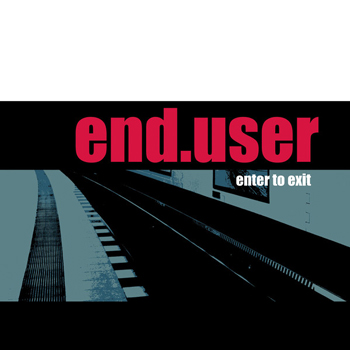 Experimental drum & bass/breakcore artist End.user has unveiled a music video for the track “Resist” off of his latest album, Enter to Exit. The video was edited and directed by DFM (Dominic F. Marceau) of F Squared Media, whose credits include videos for Orphx, Essaie Pas, Iugula-Thor, and Synapscape; “Resist” marks his first video for End.user, with Marceau commenting, “I was inspired by the album art.” The video can be viewed via the F Squared Media Vimeo page, while Enter to Exit is now available for purchase, having been released on December 16 via Hands Productions.