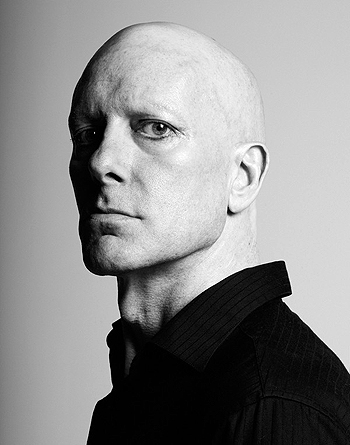 Legendary industrial artist EN ESCH has announced a release date of July 1 for his latest solo album, Trash Chic, postponed from its original date of May 31. According to this artist, this date was selected, “to give myself more time to finalize and to fine tweak the music of the new album.” He also states that the date is “to give everyone the chance to pledge,” with the album being funded via PledgeMusic campaign; the campaign ends on July 1, and is as of this article 71% funded. EN ESCH’s previous album, the highly acclaimed SPÄNK! was also funded via PledgeMusic, reaching over 130% of its projected goal. Among the rewards featured in the campaign are handwritten lyrics, exclusive T-shirts, autographed CDs and set lists, and personal phone calls and Skype lessons. EN ESCH has announced plans to tour North America following the album’s completion and release.
In addition, EN ESCH and Günter Schulz will be joining PIG on the artist’s North American Fall tour, including an apperance at the Chicago ColdWaves V festival in September.