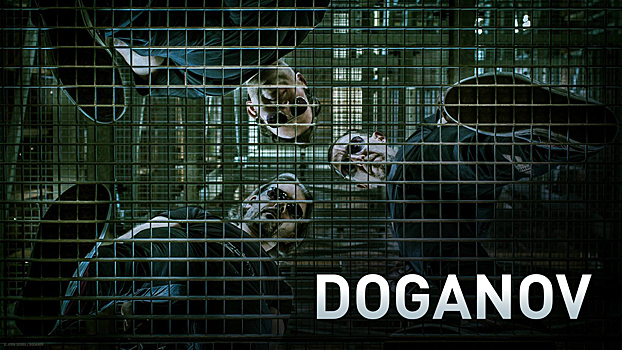 Belgian industrial/metal act Doganov has announced its first full-length album, titled Conducting Chaos; the album is a follow up to the act’s 2013 Something Dark to Dance To EP, and is slated for release on October 10. Produced by Didier Moens (La Muerte, Luc Van Acker), the band states of the album, “There’s a lot of energy in this record; blood, sweat, tears, and laughter. Life as it is, in a dark and danceable way.” In addition, the band says, “We went to darker places in our own minds, and that is a good thing; not so nice when you’re struggling with yourselves during the process, but it works up an attitude and stamina. If the result is way beyond good and you’re happy, it was all worth it.”
Conducting Chaos will be released independently by the band and will be available in digital and hard copy formats, with a digipak version also planned. Doganov has played live throughout Europe, sharing the stage with such prominent fixtures as Punish Yourself and Die Krupps, as well as former Iron Maiden singer Paul Di’Anno.