French industrial/rock act Divine Shade has seemingly spent the last year since the November 2020 release of the In the Dust EP in a state of quiet, but the silence is now broken with the announcement of a pair of remixes focusing on the “Ashes” single. Available to stream via Spotify and YouTube, the two remixes were produced by Chris Vrenna, best known for his work with Nine Inch Nails, Marilyn Manson, his own Tweaker project, and numerous other collaborations and production credits; drawing on the song’s mystical melody energy, Vrenna transforms “Ashes” into two distinct yet complementary versions – one a darkly pulsing and ambient dirge, the other a percussively charged and gyrating club mix.

In addition, Divine Shade has been announced as a support act for Gary Numan’s U.K. tour in spring of 2022. Running from April 28 in Cardiff until May 20 in Sheffield, the tour celebrates the legendary dark electro/rock artist’s latest album, The Intruder, released on May 21 of this year; the North American leg of the tour begins earlier in the year on February 23 in Los Angeles and continues until April 2 in Sacramento. A full listing of tour dates can be found on Numan’s website. 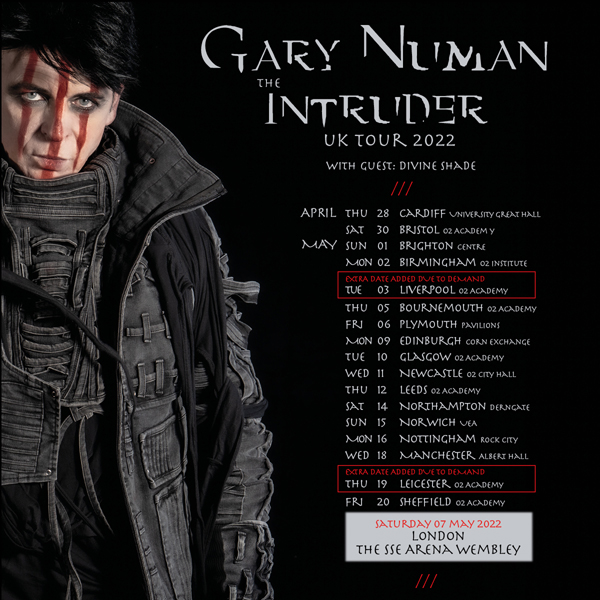