After releasing the Gas Lit album and its corresponding remix EP earlier this year, Australalian experimental noise duo Divide and Dissolve will be embarking on a European and North American tour in 2022. The band will be supporting American indie rock band Low, headlining in support of the 2021 Hey What album, with the North American leg running from February 16 to April 9, and then from September 26 to Otober 8; the European leg will take place from April 25 to May 14, hitting the U.K., Denmark, Germany, France, Austia, Italy, Belgium, The Netherlands, and Switzerland. Divide and Dissolve members Takiaya Reed and Sylvie Nehill state that they are honored to be sharing the stage with Low, expressing their excitement at finally being able to tour for Gas Lit, the album having been released in January of this year via Invada Records; the Gas Lit remix EP was released in August, featuring remixes by Chelsea Wolfe, Moor Mother, and BEARCAT. A full listing of dates for the Hey What Tour can be found on Low’s website. 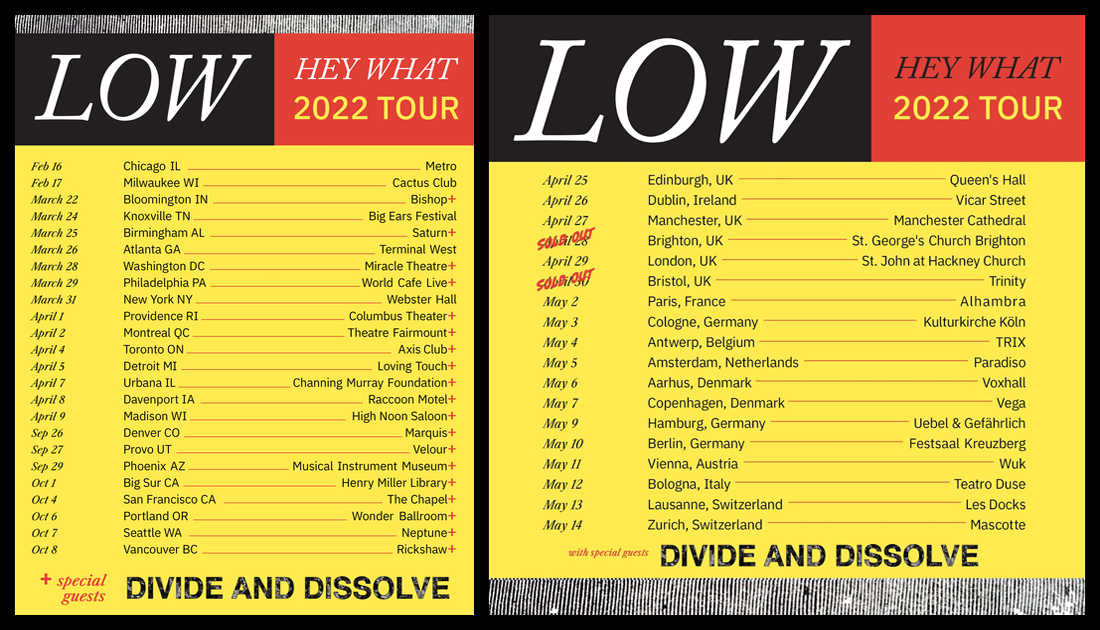