With his forthcoming double album Missive to an Angel From the Halls of Infamy and Allure nearing its release, David J has announced that he will be conducting a European and U.K. tour in support of the album. Beginning with an October 8 performance in Prague and officially kicking off on October 12 in Berlin, the tour will see the artist and his live trio traveling to various stops in Germany, Portugal, Spain, Italy, and France, ending with three dates in the U.K. in Manchester, London, and Nottingham; a full listing of tour dates can be found on David J’s website. The live band will feature violinist Karel Holas and pianist Robert Vasicek, both of which contributes to the album, along with violinist Fiona Brice; opening for the trio will be singer/songwriter Mickey Greaney, whose upcoming album is being produced by David J. 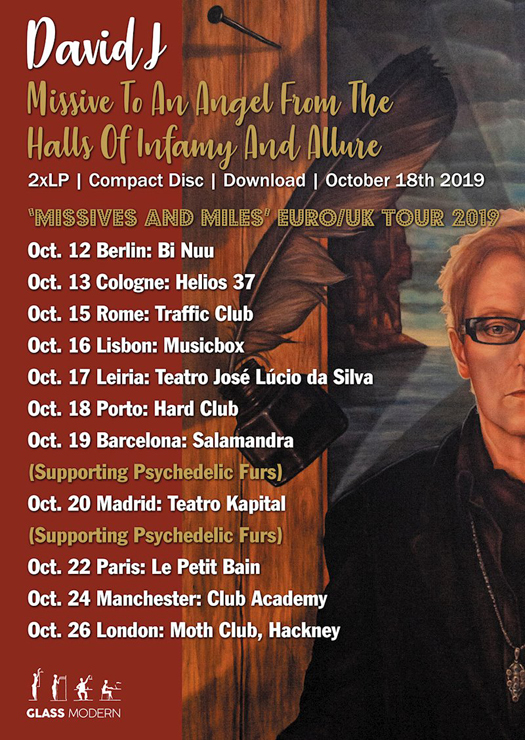 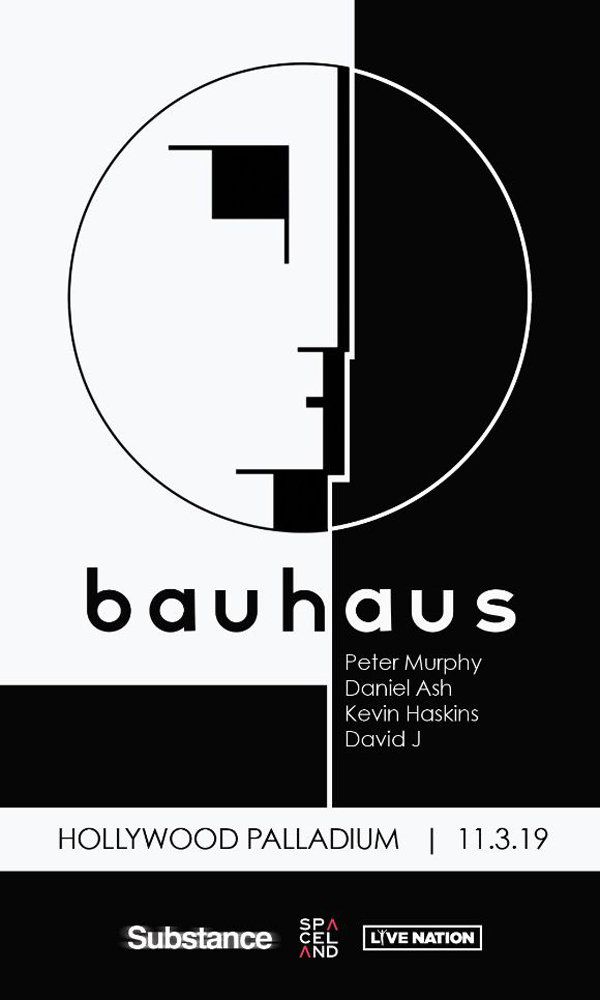 Following the solo tour, David J will be joining Peter Murphy, Daniel Ash, and Kevin Haskins for a reformation of the original Bauhaus lineup for three nights in Los Angeles on November 3 and 4 and December 1; these mark the first time the original quartet qill be performing together since the 2008 release of the fifth and final Bauhaus album, Go Away White. Tickets for these three nights are available via Ticketmaster, VividSeats, and LiveNation. David J will also be performing on November 8 in Austin, Texas with Curse Mackey, who filled in for an ill Peter Murphy on the April 4 date of the 40 Years of Bauhaus Ruby Celebration Tour celebrating Bauhaus’ 40th anniversary.