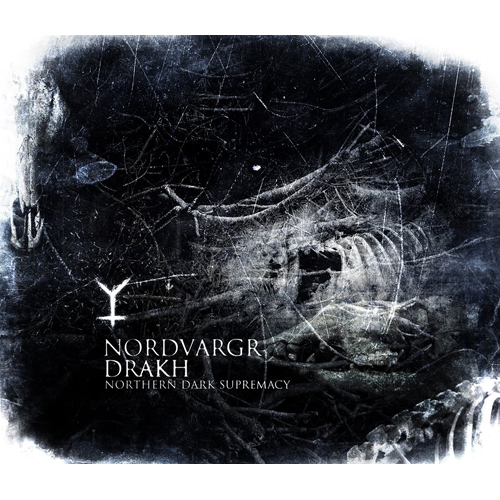 16 years after its initial limited vinyl release on the now defunct L.S.D. label, Nordvargr/Drakh’s debut album Northern Dark Supremacy will be re-released as a limited edition CD by Infinite Fog Productions, with an extremely limited collectors box set also available. The re-issue is the first output from the collaborative project of former MZ.412 and Pouppée Fabrikk band mates Henrik Nordvargr Bjorkk and Jonas Aneheim in nearly 10 years and includes three additional previously unreleased tracks from the original masters. The brooding, atmospheric album brings together the sounds of black metal, dark ambient, and industrial to create dark, icy soundscapes oozing with despondent gloom. The digipak CD version is limited to 400 copies and features artwork from dark music artist Horth. All 23 copies of the box set contain a cassette with 15 additional minutes of exclusive material and a silver logo medallion. Both versions are available now through Infinite Fog Productions.