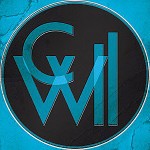 After the success of the ColdWaves concert in September of 2012 honoring the late Jamie Duffy, organizers Jason Novak (Cracknation) and David Schock (WTII Records) have officially announced a second ColdWaves event to take place in Chicago. ColdWaves II will be a two-day event, from September 27-28, 2013, to be held at the Metro. Scheduled to return from last year’s event are DJ Zoltar, 16volt, Clay People, Hate Dept., and Cocks Members (featuring Chris Connelly), with new additions Douglas J. McCarthy, Prong, Skrew, and a reunion performance by Die Warzau, as well as some special surprises yet to be announced.
Tickets are available via the event website, including options for a special two-day package limited to 400, one-day tickets, and VIP passes.
Portions of the proceeds will go to the Hope for the Day benefit, a non-profit organization committed to educating youth, encouraging creative expression, and the use of music and the arts as a defense against suicide.