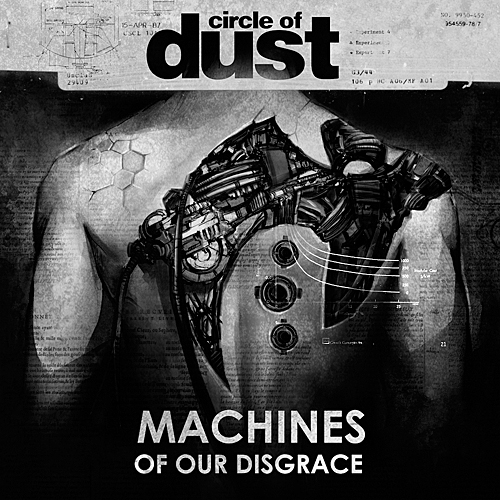 Pioneering industrial/electronic musician Klayton has announced the release of Machines of Our Disgrace, the first new album under the Circle of Dust moniker since 1998’s Disengage. Due for release on December 9 via the artist’s FiXT imprint, this marks the project’s fifth full-length album, and will be available for pre-order beginning November 18. Having reacquired the rights to the original Circle of Dust catalog and releasing remastered editions of these albums throughout 2016 (including the Argyle Park collaborative side project), Machines of Our Disgrace features 13 tracks, including “Neophyte,” “Contagion,” and the title track, all three of which were previewed in deluxe editions of the past albums. Other titles include “Humanarchy,” “alt_Human,” “Hive Mind,” and “Malacandra,” following the project’s fusion of aggressive metal and electronic production, with lyrical themes exploring man’s technological evolution and relationship with technology, genetic modification, and man’s moral ambiguity in political and scientific stances. A free MP3 of the title track is now available for download.
In addition, the debut full-length album from Klayton’s synthwave project Scandroid is now available for pre-order, dropping on November 11.