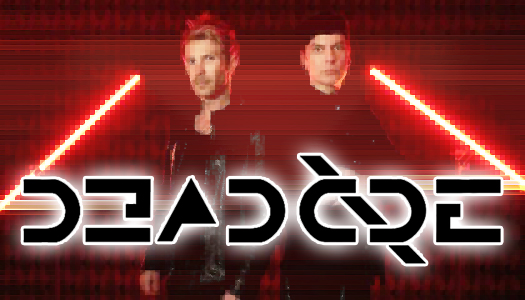 Electro/rock act d3adc0de has the unique distinction of founding members Stephen Sims and Steven Morgan being actual cybperunks, a pair of “ethical hackers” who met while working to safeguard systems from external threats at a cybersecurity institute. Their technological sensibilities in tandem with a shared history in and love for alt. rock and electronic music led to the band’s formation in 2020, with Sims on vocals and lyrics, Morgan on instruments and production. January 11 saw the release of the debut single “Fight or Flight,” mixed by the legendary Tom Lord-Alge, along with an accompanying video that expands on the band’s cinematic sci-fi sensibilities; directed by Mike Lowther, the video serves as the prologue to an audiovisual narrative that d3adc0de plans to continue with each subsequent single and video for a truly multimedia presentation.

Prior to d3adc0de, Stephen Sims had been a member of Solid State Logic, while Steven Morgan was in Stellar Revival; of their new band, Morgan explains, “d3adc0de is an ambitious project that bend the lines between music, cinema, and performance, and becomes more rewarding for the fans that want to explore and immerse themselves into something alien.” Along with new videos, the band plans to pattern live performances similarly in venues that can accommodate d3adc0de’s vision and simulate the immersive experience of an augmented reality. “Fight or Flight” is available now via all major digital outlets.