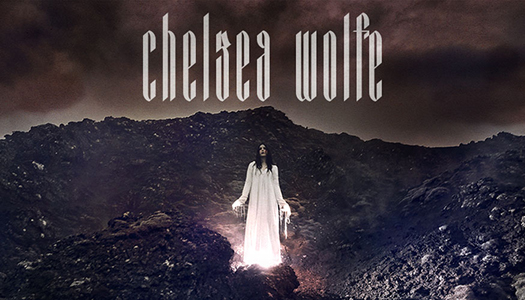 Dark rock artist Chelsea Wolfe has announced the release of her seventh full-length album, titled Birth of Violence. Co-produced by longtime collaborator Ben Chisholm and recorded in the woods of Northern California, Wolfe began teasing the album via social media earlier this year, stating that the new material would be largely acoustic and tackling themes inspired by current events. Due for release on September 13 via Sargent House, Birth of Violence will be available in CD, digital, and vinyl formats – digital pre-orders can be found on Bandcamp, where the opening track “The Mother Road” can be previewed; CD and 12-inch vinyl editions, along with various bundles – including limited colored vinyl editions – and merch items can be pre-ordered via HelloMerch in the U.S. and EvilGreed in the U.K. and Europe.

In addition, Chelsea Wolfe will be embarking on an acoustic tour of North America in support of Birth of Violence, with the set list comprised not only of the new album but also stripped-down renditions of her past material. The tour begins on October 18 in San Diego, CA and continues until November 21 in Vancouver, BC; a full listing of tour dates can be found on Wolfe’s website, with tickets going on sale Friday, June 21 at 12:00pm EST.