This past April saw Metropolis Records’ release of Edge Sessions (Live From the Edge) , showcasing a live recording from influential post-punk act Chameleons UK. Now, that band’s founder and front man Mark Burgess will be embarking on a new acoustic tour of the United States, running from July 2 to August 18. For this tour, Burgess will be performing material from his repertoire of four decades, focusing primarily on Chameleons UK, and perhaps including material from his work with Black Swan Lane, The Sun and the Moon, Invincible, and his solo career as Mark Burgess & The Sons of God.
Additionally, Chameleons UK will be touring North America this fall with fellow dark rock and post-punk practitioners The Mission and Theatre of Hate. The Déjà Vu Tour runs from September 7 to October 15, with a full listing of dates and ticket links available via the bands’ websites. 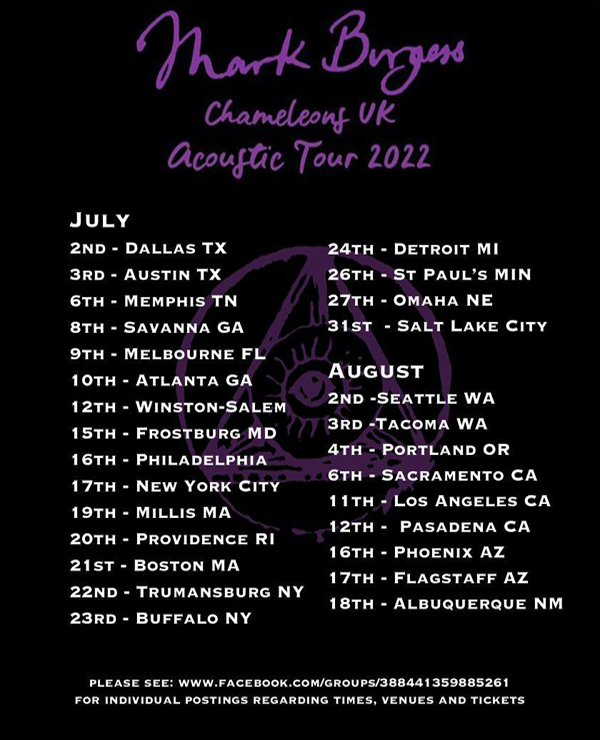 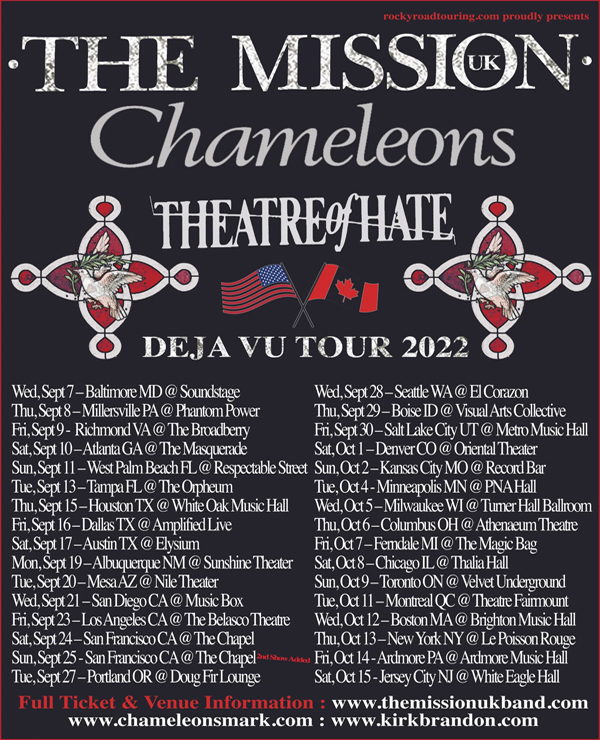