The Living the Darkness Tour may be postponed, but dark electro acts BlutEngel and Hocico will not leave their fans hanging as they have announced the release of a collaborative single. Titled “Obscured,” the single was first suggested by Hocico front man Erk Aicrag, with BlutEngel singer Chris Pohl commenting, “I thought that this was a great idea, so Racso and I wrote this song within two days.” Aicrag goes on to say, “We are very happy with the experience and the tune in itself!” Due for release on April 3 via Out of Line Music, “Obscured” is presented in four versions as each of the two bands present their own individual versions along with the original collaboration and a remix by Dulce Liquido; available for pre-order now, the single will be released digitally and in a limited and numbered CD digipak. The Living in Darkness Tour is currently delayed until summer, with a new itinerary planned for July with Amduscia, and Chrom and [x]-Rx appearing on select dates, which can be found via the bands’ and label’s websites; “You are the ones living the darkness – we will meet when the sky turns black again!” 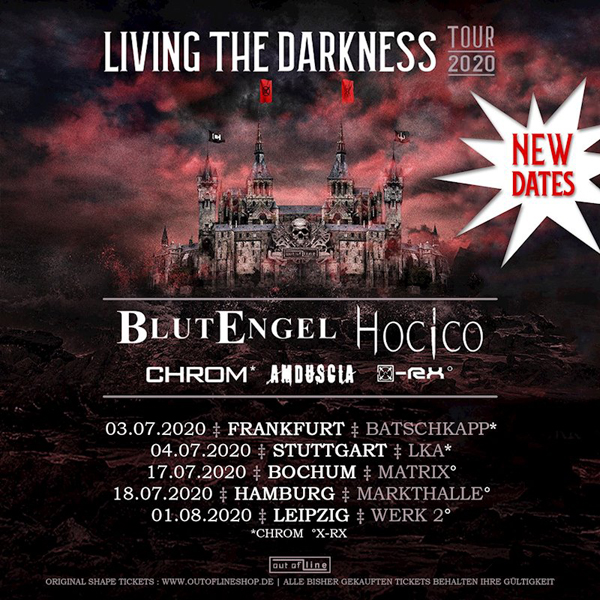