With work on the industrial/metal act’s sophomore album completed and awaiting release in 2022, Black Magnet has revealed the music video for its first single, titled “Violent Mechanix.” Directed and edited by Joe Casey, shot by Beau Sparks, and with visual effects by Will Acuña, the video is a cyberkinetic assault on the senses whose imagery matches the intensity of the noisy track, depicting a monstrous machine powered by human workers whose erotically charged oral connection ultiamtely leads to its implosion. As the first song written for the album after the 2020 release of Hallucination Scene, front man and founder James Hammontree further explains that “Violent Mechanix” was an attempt to explore new ideas and lyrically address the human body’s physical response to the stress of the current state of the world.

Black Magnet’s sophomore full-length album, Body Prophecy is due for release in early 2022 via the 20 Buck Spin label, with further details and more singles and accompanying videos forthcoming. In addition, Black Magnet has begun performing a series of dates in the Eastern U.S., with dates in Tulsa, OK and St. Louis, MO already having taken place on December 11 and 12, respectively; six more dates from December 14-20 are planned in Pittsburgh, Brooklyn, Philadelphia, Cleveland, Chicago, and Indianapolis, with full details available via Black Magnet’s website. 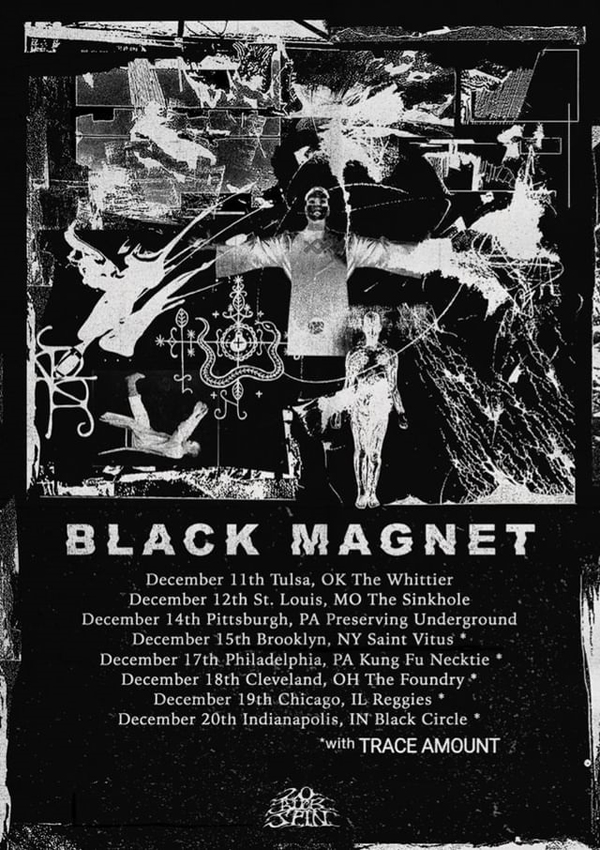