One of the most highly acclaimed and beloved bands in the current wave of post-punk, ACTORS has announced a North American tour for 2022. Beginning on March 20 in Mexico City and continuing until May 13 in Bellingham, WA, the tour will see ACTORS criss-crossing through the U.S. and Canada in support of the band’s latest full-length album, Acts of Worship; as a prelude to the tour, ACTORS is also scheduled for a headlining performance in Calgary at the Terminus Festival on February 12, with other acts on the bill including Rhys Fulber, Glass Apple Bonzai, Eva X, Odonis Odonis, Ghost Twin, and more. Tickets and additional info for the event are available via the Terminus website, while a full listing of dates and ticket links for ACTORS’ North American tour can be found on the Persona Grata website. Acts of Worship was released on October 1 via Artoffact Records and is currently available via Bandcamp in digital, CD, and vinyl formats. 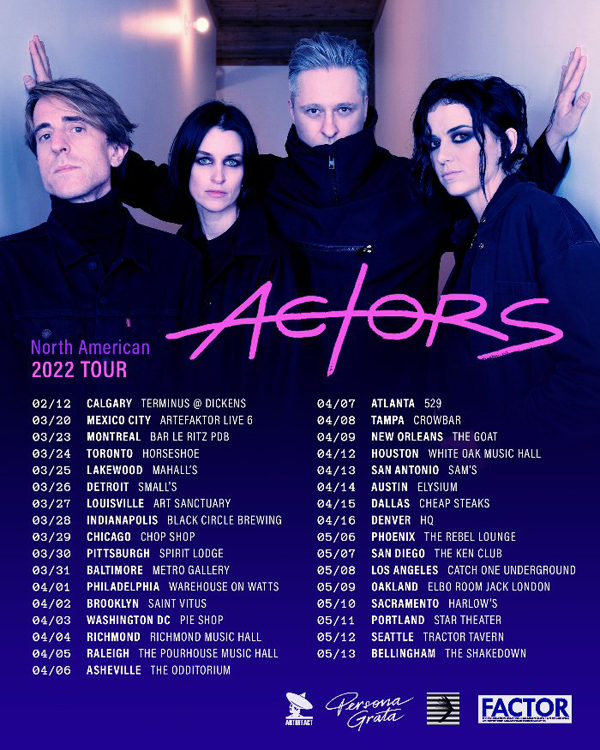