Los Angeles industrial/metal band 3TEETH has been on a seemingly unstoppable upward trajectory toward becoming one of the undisputed giants of the genre, with the group announcing its third full-length album, METAWAR. Due for release on July 5, 2019 via prominent metal label Century Media Records, the album addresses themes of political heresy and the acceleration towards the end times “as an opportunity for fresh start,” with front man Alex Mincolla commenting, “If our debut album was focused on man vs. the world, and our sophomore album was man vs. himself, then I really wanted METAWAR to focus on the idea of world vs. world, and the notion that if man doesn’t create his own world, then he’s often crushed by the world of another.” 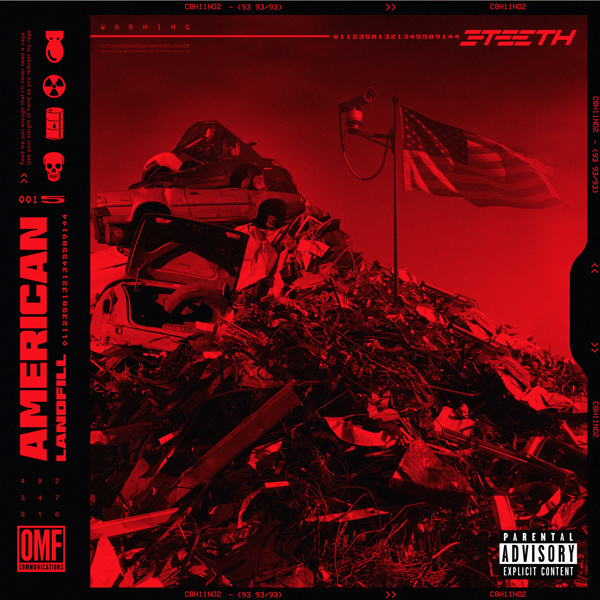 As the first taste of what METAWAR has to offer, 3TEETH has premiered the first single, “American Landfill,” with music blog Noise Barrage. As with the previous album, the band worked with legendary musician/producer/engineer Sean Beavan (Nine Inch Nails, Marilyn Manson, A Perfect Circle), with Howie Weinberg (Black December, Deftones, Nirvana) also returning to master METAWAR. The album is available for pre-order now via all major outlets in digital and vinyl formats.
Additionally, 3TEETH has announced that the band will be the support act during MINISTRY’s U.K. and European summer tour, beginning on June 30 in Berlin, Germany and continuing until July 11 in Budapest, Hungary. A full listing of dates can be found on the MINISTRY website, while 3TEETH promises also to soon announced plans for a U.S. tour, along with a new music video. 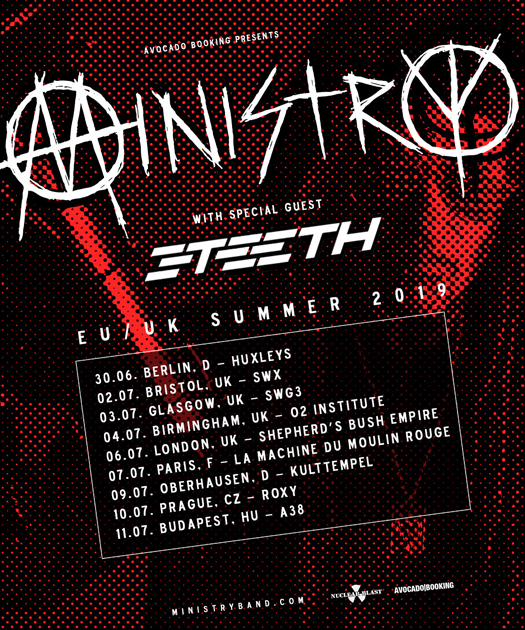