From Cubanate to Be My Enemy and now to Word Made Flesh, Phil Barry is a man of considerable talent, one of the underground electronic and industrial scene’s pioneering musicians. He speaks with ReGen about his latest musical endeavors, making things more electronic and noisy than ever!

An InterView with Phil Barry of Word Made Flesh

Since the early ’90s, Phil Barry has been steadily rising through the ranks of underground electronic and industrial music to become one of its most adventurous and sonically aggressive figures. With his incendiary mix of blistering techno rhythms and bass lines with searing metal guitar riffs, he helped to propel Cubanate into legendary status, only for the band to dissolve at the end of the decade. He subsequently formed Be My Enemy, a solo outlet that continued a similar path as his previous band, but this time on his own terms and with an earnest and acidic sociopolitical bent to his lyrical themes. Now, teaming up with fellow noisemaker Keith Baker, Barry embarks on a new journey of audio exploration with Word Made Flesh. Driven by an abstract and exploratory atmosphere that combines elements of harsh electronics and industrial noise, Word Made Flesh released its debut album in late 2017, immediately resonating with an audience hungry for a new kind of audio/visual dissonance – to say that this band’s music is bleak would be an understatement, crafting terrifying and abrasive soundscapes that punish the ears and test one’s mental resolve. Phil Barry took the time to speak with ReGen Magazine about the formation of his new band, the development of its singular vision, and what the future holds for him and his various outlets.

Tell us about the beginnings of Word Made Flesh – what prompted this more experimental and noisy direction for your music?
How did you find working on this material compares to your past output with Be My Enemy and Cubanate – what do you feel it achieves creatively what those two do not? 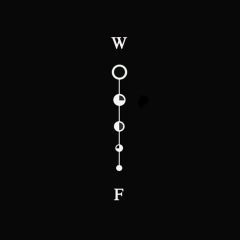 Barry: It kind of happened by accident. I had been studying the work methods of various visual artists and I ended up getting obsessed with Francis Bacon; in particular, the book Interviews with Francis Bacon by David Sylvester and that brilliant South Bank Show TV interview. I just found his insights into the creative process fascinating, especially his thoughts into the unconscious and how his art was an insight into his unconscious mind. His images are a distortion of reality, but seem to convey some emotion of what is underneath the subject – ‘the violence of life’ as he put it. So I started mucking around really, making things and experimenting, removing the creation process away from the analytical process. I’ve always been into noise – pure noise. I love the sound of vacuum cleaners. I’ve got mp3s of vacuum cleaners in my phone! I get a thing called ASMR from noise – Audio Sensory Meridian Response; I’ve had it all my life. Oscillating white noise is my trigger. I’ve also always loved Sonic Youth and their wall of guitar feedback. Music is a human construct; it has rules and structure. It’s also very safe, and takes you from point A to point B usually quite predictably. Noise doesn’t take you anywhere; it simply is. I also think noise can be a transformational experience, especially at volume. You have to give into it.
As an artist, you have to grow and learn all the time. In Zen, they have a phrase – ‘beginners mind,’ coming at stuff with fresh eyes/ears like it’s your first day. Word Made Flesh is me learning and growing as a person and musician. It allows me to explore new avenues and subjects that my other projects don’t take me to. I also get to work with the legend that is Keith Baker!

Being a noisier outlet, what sorts of challenges did you encounter in the production process? Were there ever occasions in which you felt the essence of a track was in danger of being lost?

Barry: If a track gets lost in its own chaos, so much the better to be honest. That’s a part of the philosophy of the project – a stream of consciousness. If a track goes off on a tangent, then let it. I think there are only two songs on the album that have repeating sections.

How did you and Keith Baker come to work together on Word Made Flesh? What is the process like between you two – what roles do each of you play in terms of songwriting, production, performance, etc.?

Barry: Blame Caustic (Matt Fanale)! I met Keith through him when Caustic asked if I would play guitar for him up at Resistance Festival in Sheffield. Then I roped Keith into playing with BME and then Keith ended up moving a few miles down the road from me near Cambridge.
We have brain storming sessions. They are very intense and draining. Sometimes I play guitar, sometimes Keef does. No rules basically. They are also very silly sessions; a lot of laugher and Dr. Who discussions.

Many bands tend to begin with a surge of adrenaline and creative energy and usually seem to try to achieve greater refinement as they progress, yet it sounds like that would be antithetical to your approach, especially in Word Made Flesh. Is this something you ever consciously think of, and if so, what would you do to avoid this to keep things raw and experimental?

Barry: The key, I think, is to not overthink things, not at the creation stage. This is something I am actively trying to do currently – work quickly and get the idea down as quickly as possible. It’s a new way of working for me. I think in the past, I’ve gotten hankered down in production; it’s no longer that important for me. The idea is everything… production comes later if needs be, but it’s all about ideas and vibe. You can kill a good vibe by overworking it. I’m constantly learning about artists in all artistic fields and their working methods, which keeps it fresh as well – constantly learning and through the learning, evolving.

You’d stated earlier that your methods working with Keith were intense and without rules; do you see this becoming a component of the live show? For instance, is it possible that we’ll see you switching instruments onstage?
Do you imagine the live set will be as improvisational as the music on record – or to put it another way, maybe the live set will sound completely different from the album? 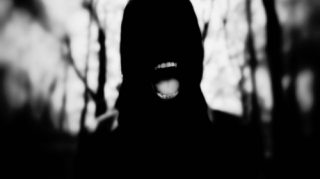 Barry: We haven’t gone into it too deeply at the moment. I do like the idea of parts of a set being improvised. We do have some songs, like ‘The Forest,’ which I would imagine would have a set arrangement because there are words, but our new material I think lends itself to a certain amount of improvisation. We have only started to think about a live show so I am still formulating it in my mind.

You recently released the music video for ‘The Forest,’ as well as the Entering the Void mix; tell us about this track, what sorts of themes it presents visually and lyrically and in what ways you feel it signifies Word Made Flesh?

Barry: I was attempting to read Jung… I say attempting. I liked the analogy of the mind being a forest, with the unconscious being all the scary things that are there. Getting lost in the woods is an old natural fear of man. All the classic fairy tales – ‘Little Red Riding Hood,’ ‘Hansel and Gretel,’ and countless others – are all set in woods. Those fairy stories have very strong sexual connotations as well. There are also the Shaman or Sears of old who would live in the woods; they would have an insight to the world that the townsfolk wouldn’t have, that isolation from the rest of man gave them a special insight. Perhaps they were closer to nature, so could sense more? Perhaps they were just mad? Also, ‘The Forest’ can be an analogy for enlightenment; you have got to get lost to find yourself. So all these paths sparked my imagination, certainly lyrically. ‘The Forest’ can be many things. Gabriel Edvy then did an incredible video for the piece. I really think it’s a special bit of art she did. I’m really proud of that video.

Having recently completed touring for Cubanate, are there any plans to take Word Made Flesh on the road? What would a live show for Word Made Flesh entail in terms of the visual accompaniment, how the live sound and visuals would complement the music? 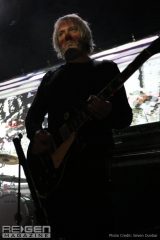 Barry: We are going to play live. This is something we have been discussing. To be honest, our debut album, which we released in October of 2017, was finished a year earlier in late 2016 and we have been working steadily ever since on new material. So, we have been experimenting and progressing since. I feel we have honed a sound recently and have hit a groove, which I think is interesting and feels like something that we can do live – more electronic and if anything, more noisy. All our visual stuff is handled by my good friend Gabriel Edvy from Blackswitch Labs. Just this last weekend, I watched her play a show with her band Sequential in London where they played behind a screen that had visuals projected on that, which really worked well. You could still see the band though the screen. I liked that, it certainly immersed you into the music more.

Talking about Gabriel and Sequential, that does raise a question – you’ve been a key influence for a whole generation of heavy electronic artists; perhaps not by name, but certainly through your work in Cubanate, and having toured and played ColdWaves and other festivals, who or what is exciting you now in current electronic music? Any bands, musicians, styles that are really resonating with you and/or your thoughts on where this kind of music can still explore? 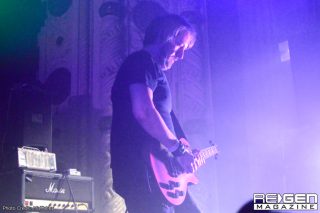 Barry: I’m really into industrial music. There is 40 years of industrial music to draw on. I am also into Krautrock; I do hate that label though. I love James Holden’s album The Inheritors; it was very much inspired by those German bands, but he did something really interesting and contemporary with it. I think that’s the thing, to be inspired by and not to copy. Mica Levi, her soundtrack for the film Under the Skin is just awesome. On a techno tip, I really like Orphx, Rhys Fulber, and Sleep Clinic’s track ‘AD Prototype 1’ is beautifully nuts. I’m digging the new HIDE; they played at ColdWaves when Cubanate played… really good band. Sungazer on a jazz/rock tip are cool. Emke, her EP Two is ace. Tomaga are interesting as well. I could go on; there is always interesting stuff being released. I’m currently listening to Tom Rogerson and Brian Eno’s album Finding Shore, which I am really enjoying. Eno continues to be a source of inspiration. I’m a bit of an Eno nut to be honest. His thoughts on generative music are really interesting. Check out the interview Brian Eno: Behind the Reflection – BBC Click on YouTube if you can. He talks about chance as a tool of production, which is an idea that goes back to John Cage, Marcel Duchamp, William Burroughs, and the Dada movement even. With random chance, you can never run out of ideas, but of course, you have to be open to them.

And now, the obligatory question about your other projects – will we still hear more from Be My Enemy and/or Cubanate?