Sulpher InterView: On the Eve of Revelation1

Over seven years in the making, Sulpher nears completion of its sophomore album and gives ReGen a progress report from the depths of the underground.

An Interview with Rob Holliday of Sulpher

Rob Holliday and Monti are two names that may not come up immediately on the radar of the underground music scene, but they should be. Both musicians amassing impressive resumes – Holliday having been associated with the likes of Nine Inch Nails, Marilyn Manson, Gary Numan and The Prodigy, and Monti most renowned as the live drummer for seminal underground electro/rock group Curve – would give them all the notoriety and respect of the industry, yet audiences would likely not see them beyond the periphery of the limelight. That was until the early part of 2000, when the duo formed Sulpher, releasing the debut Spray album in 2003 to much acclaim. With a gritty and grungy style of industrial rock befitting their respective pasts while forging a more urban and experimental sound that is distinctly their own, Holliday and Monti performed the live circuit throughout Europe with shows as raucous as they were introspective. Yet in 2005, the band mysteriously went on silent running to begin work on a sophomore release. Despite a handful of tracks appearing on the band’s MySpace page around that time, it wasn’t until this year when a snippet of a new track was released on SoundCloud to remind audiences that Sulpher is indeed still active and hinting that the long-awaited album is nearing completion. Holliday now brings ReGen up to speed on the band’s development in the studio and as an entity, delving into the progress of the new album and just what fans can expect from Sulpher upon its ultimate release. Get ready!

Sulpher has recently released a teaser from the upcoming new album. What can you tell us about this particular song and how it is indicative of what audiences can expect from the album as a whole?

Holliday: We have always been and will always be massive fans of dynamics in music – moody verses and mid–sections with bursts of power and energy. The last record was pretty much just a lot of aggression and power and noise rather than melodic. We’ve made a lot of effort to concentrate more on songwriting as a whole and bring a lot of melody to the music and especially the vocals. I mean, I wasn’t really singing as singing goes on the last one, so this will be, I think, the major difference and changer to Sulpher’s sound, hopefully in a good way and a way that opens more people up to this band.

You say you didn’t ‘sing’ on the last album and have been focusing more on melody, and a lot of bands seem to be heading in that direction. What is your perception on the wax and wane of certain musical and technical trends – guitars going in and out of style, distorted vocals coming and going, etc. In other words, what do you think about music’s cyclical trends? 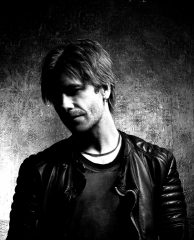 Holliday: I’m personally not keen on trends. I do know what you mean, though. We try not to listen to new trends in music, to be honest. Trendy bands come and go. We don’t really want to be influenced when writing and recording new music. We go from our gut with what sounds good to us at the time when we are working on our stuff. We just go with how we feel our music sounds to us at the time. As far as the vocals go, in the beginning, I wasn’t planning on being the vocalist. I was doing all the vocals on the demos and we had auditioned a lot of singers that didn’t really work out, so I ended up just kind of becoming the vocalist, so to speak. I’ve never had any vocal training or anything like that, so it was a learning curve for me. I guess just progressing and growing vocally and musically is what we’ve done over the past number of years, and that has just gone into a slightly more melodic style on the new music.

What else can you tell us about the new material on the upcoming album? In 2010, you’d mentioned having already worked on a number of songs with longstanding members Monti and Mud, and that a lot of it was more melodic than previous output. Will any of that material be present on the album, and how much was written in the interim since then? As well, you mentioned a song, ‘Losing Faith’ featuring Toni Halliday. Will that be on the album? And who else was involved in the making of it?

Holliday: Basically, Monti and I do all the studio work, and we work really well together. No one else has been involved with us at all. Regarding the song ‘Losing Faith,’ yeah, that’s definitely going to be on the record. We don’t have any guest vocalists on the record, nor did we or do we plan to do this currently. But one afternoon when we were working on this track, Toni stopped by for a cup of tea, as I hadn’t seen her or her husband (produced Alan Moulder) for months. So we got to talking and I had said there’s a vocal line that goes, ‘‘I wish away, I wish away’ and delays over a few times and it really reminds me of your voice the way we have done it and effected it. So since you’re here, why don’t you get on the mic and just do it properly?’ So she did! And it’s there and will stay there. I love the sound of Toni’s voice.

Regarding the lyrics or the overall atmosphere of the album, is there any kind of overarching theme or concept? Not necessarily a concept album with a cohesive story, but what is the thematic thread for the songs on the new album?

Holiday: As far as a theme, I’d say no, not really. All of our songs and the lyrics in general are all really myself in my own situations through my life or me putting myself into someone else’s shoes for a situation that I may think of or emotions that are felt due to certain things happening in either my life or another person’s life. As far as huge concept albums and themes go, I think we’ll leave that to Pink Floyd.

Also, if there is a title in mind, how does it relate to these themes?

Holliday: We’ve been using Delete as just a kind of working title, but we’ve got a couple of other titles we’re still thinking about that we will probably go with.

The first album, Spray, was released in 2003. As you’ve been working on this album since then, what other differences would you say there were in terms of the techniques you used in production and performance? What sorts of new tools and experiments did you try and how do you feel they affected the outcome of the album?

Holliday: Things have been updated and we’ve just learned along the way about what we like things to end up sounding like. It’s always a learning process, especially with music; it never ends. We are definitely perfectionists. We can and do very often spend hours going back over and deliberating and changing things and then we’ll listen a few days later and want to change it again. It just never ends. It can get pretty tedious when you are never satisfied with how something is. Sometimes you have to just let it go and say, ‘that’s it, that is done,’ and move on.

Sulpher is on the verge of completing its second album. It seems like artists and bands with a longer history tend to take more time between albums, versus newer acts that seem to release something new at least once/sometimes twice a year. As you – both in Sulpher and your various musical associations – have been working for quite some time, what are your thoughts on this and how it relates to Sulpher? 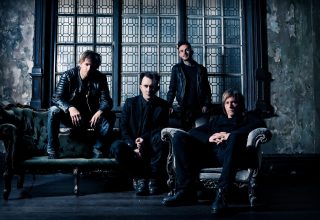 Holliday: The reason we’ve taken so long is due to the fact that my schedule over the past four years has been ridiculous with Marilyn Manson and The Prodigy, and Monti had a baby boy. So, this is four years of our lives that have been kind of just lost, as far as Sulpher goes. We did, though, whenever we got the chance, get together and work on new music. It just seems like it’s taken forever, but it will be worth the wait, trust me. We can’t wait for people to finally hear the new material. I suppose we could’ve just thrown something out, but we’re not like that. It’s got to be right. It seems these days people just throw out one good song on a record and then a whole load of utter shit to fill an album, which to me is totally pointless and is taking the piss out of their fans. They should show the fans more respect than that, but hey, the consumer buys it. I personally think that it’s wrong.

As the music industry has changed in the way it conducts business, in what ways do you feel that Sulpher has adapted or will be adapting to these changes for the better, both in terms of your musical style and your plans to present it to audiences?

Holliday: We won’t change our style to suit any ‘industry.’ That’s something that just won’t ever happen. We make music how we want and how we feel it should sound. If we’re happy and proud of it, then that’s what counts the most. When other people like it and get into it, then that’s the payback for all the hard work; the ‘reward,’ so to speak. We would really like to send out a massive thank you to all the fans of the band that have held out and waited so very patiently for our return. Thank you for the ongoing support. Like I said, it will have been worth the wait!

Let’s get a little political. While Sulpher has held a steady presence over the internet, what are your thoughts on the state of internet piracy, especially when taking into consideration the failed SOPA/PIPA acts in the States, ACTA, and the dissolution of sites like Napster, Megaupload, etc.?

Holliday: I think any kind of piracy hurts the band or music creator, for sure. I mean, it’s great to get your music everywhere, but how is a band to survive and maintain a career if they’ve put their heart and soul and many years of hard work and effort into making the music if everyone is just in the end going to take it for free? It is basically theft; like walking into a shop, filling your pockets with goods, and walking out without paying for it. Someone has had to make that product, package it, distribute it, and get it to where it is to be sold. I have to agree with Lars from Metallica on all this: ‘Taking something that doesn’t belong to you; and that is morally and legally wrong. The trading of such information – whether it’s music, videos, photos, or whatever – is, in effect, trafficking in stolen goods.’

How have you found that piracy has been a problem with regards to your particular audience?

Holliday: Basically, we are aware that it occurs. We are not happy when it occurs.