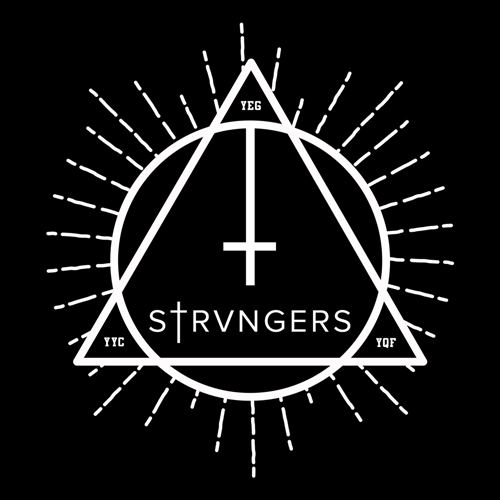 An InterView with Maria Joaquin of Strvngers

Smashing onto the scene just a few short years ago, Strvngers has caught the attention of dark music fans in rapid succession. Shortly after the release of the duo’s critically acclaimed release Amor / Noir, Richard Reich had the chance to chat on behalf of ReGen Magazine with Maria Joaquin about the band’s history, inspirations, and his unique relationship with producer Kyle Craig. 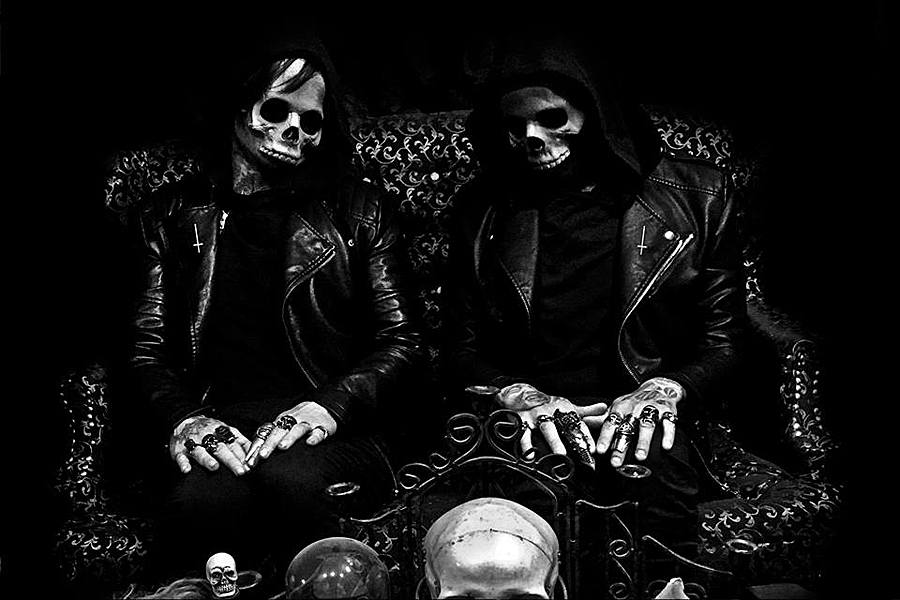 Let’s start at the beginning; how did Strvngers come to be?

Joaquin: I really wanted a project where I could ‘do me.’ I had been playing in a lot of traditional metal bands and becoming frustrated with there being too many cooks in the kitchen. I got tired of families and birthdays and all of this stuff getting in the way of progress. I put together some singer/songwriter stuff and sent it off to my brother for feedback. He gave it a listen and told me that he saw something there. I feel like most artists hate what they’re doing and I wasn’t liking my output, so I started looking online for electronic producers. I wanted something… different. A friend suggested Kyle Craig and we started corresponding electronically. That’s the reason we’re called Strvngers… we wrote the first three songs without ever having met.

When did you know this project was something different?

Joaquin: When people told me, honestly. See, I’m always writing for myself and I always think everything sucks while I’m doing it. KC sent me the song ‘Nostalgia’ and I had that ding-ding-ding moment. I wrote the lyrics in one or two takes. I sent it off to my brother for more feedback, and he’s always very critical, but he loved it. I was still terrified when we put it out. It was like your nudes getting leaked, you know – very vulnerable. I was skeptical and maybe didn’t realize how unique it really was. I’m driven by a kind of… positive self-hatred? It keeps me striving for better. It wasn’t until the positive feedback started coming in that I felt more comfortable with it.

I know your roles, but in a general sense, what are each of you bringing to Strvngers?

Joaquin: KC is my brother, my musical spiritual animal. We finish each other’s sentences. It’s like mindreading and there is this yin-yang dynamic throughout. There’s turmoil and we get heated and bring out the best and worst in each other and it pushes each half to bring more to the table. We connect on a deeply creative level. 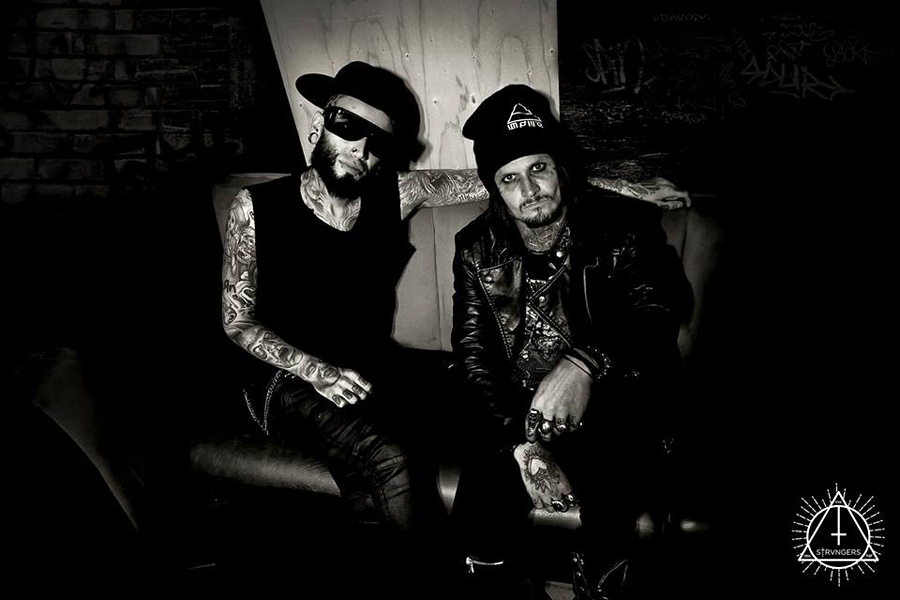 Jumping forward a bit, the ’80s synth sound from your debut is still present on Amor / Noir, but it feels far less ‘retro.’ Was that a conscious decision or just a natural evolution?

Joaquin: It was a bit of both really. We haven’t been around that long and I feel like we’ll be continuing to find ourselves over the next three records. We really didn’t know each other that well while working on our debut, but the music has developed along with our relationship. It’s crazy, I never thought we’d have come this far. We didn’t know we’d be playing shows and all of this. When ‘Nostalgia’ got legs and we started moving forward, it educated us – playing live and the feedback, as well as the back-and-forth. KC is a prolific songwriter and we don’t always immediately connect on something, but I’ll give a key phrase or he’ll suggest something on a melody. The balance between the dark and poppy elements keeps evolving. 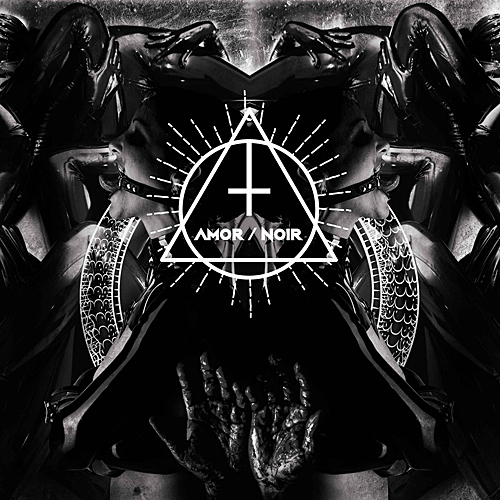 Amor / Noir is filled with a lot of heartache, lyrically. How much of that is autobiographical and how much is storytelling?

Joaquin: Fuck, maybe don’t tell anyone, but I wish I could say it was storytelling. In my earlier bands, there was more of that, but no, that’s all me. The pain, pleasure, heartache, finding sexual identity… it’s all things I was living. Sometimes you get scared of the realness of that, or using someone’s name (again the nude photo analogy), but I just thought, ‘Fuck it, this is me.’

It’s clear you have a myriad of influences, but what or who are your biggest inspirations?

Joaquin: For me, KoRn and, specifically, Jonathan Davis are huge for me. It’s a cliché, but everyone has that artist that ‘saved their life,’ and he was that for me. I’d watch his interviews and read his lyrics and felt so connected to him as an artist – the confessional nature of his work and not worrying about the judgement that comes with that. Until my early 20’s, I was afraid of expressing myself. Strvngers is kind of my chance to show myself like that. I’ve always gravitated to the dark stuff; the tragedy, the loss, failed relationships… all of that stuff. 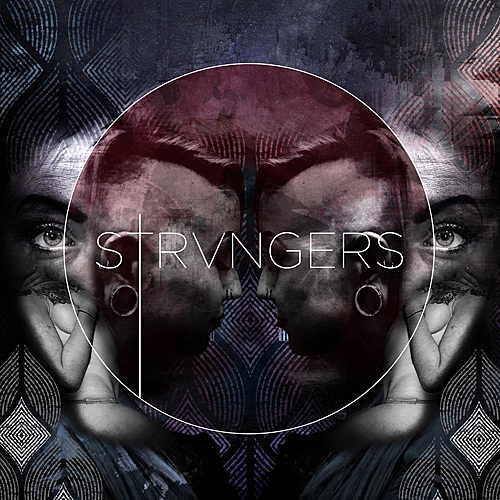 I know it’s akin to asking a parent which is their favorite child, but what song do you feel closest to?

Joaquin: (Laughter) All of them. It’s like my tattoos… I’m almost completely covered. People ask me how many tattoos I have and, at this point, it’s just one big work. Strvngers is one big story. If I had to pick one, it’s going to be ‘Wanderlust.’ That song felt like almost a eulogy and a continuation to the last record. It’s almost hard for me to listen to because it brings up those feelings and I want to break down listening to it.

What’s next for Strvngers? What are your immediate goals?

Joaquin: Fuck, I don’t know. It always catches me by surprise. I’m surprised you or anyone else wants to interview me. I definitely don’t want to get sidetracked with ego-stroking and shit like that. I wouldn’t say I’m looking for fame. I want to stay grounded to the music and the therapy in that; never want it to go to our heads. We’ll be putting out a few more covers. They’re our fun distraction because you can’t be sad all the time. So, we’ll probably release a few remixes and covers in November. We’ve got a great cover of Billy Idol’s ‘Dancing with Myself’ we’re excited about. It helps to fill the void left between albums. 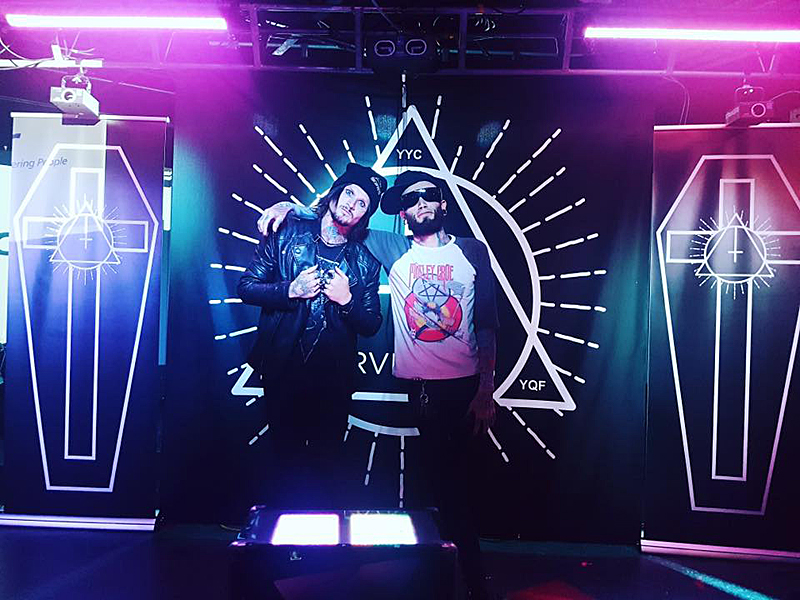 Joaquin: Without sounding like a douche, we fucking bring it! Some of the acts out there, I feel like they just look like the crowd. I want to put on a show, you know? Those fans who work all week from 9-to-5… even if it’s just a $5.00 show, I want to them to feel like they saw something – the lights, the movement, leaving it all on the stage, you know? I try to kill myself when I’m up there.

Any plans for a full U.S. tour?

Joaquin: We’d like to. There’s nothing concrete, but possibly the fall?