With the duo releasing its latest album with Metropolis Records, Fade Kainer speaks about the creative processes that define the music and visual style of Statiqbloom.

An InterView with Fade Kainer of Statiqbloom 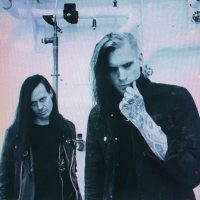 The Brooklyn, NY based duo of Fade Kainer and Denman C. Anderson – collectively known as Statiqbloom – has been on a rapid upswing of activity. While some may lump the band in with the current trends of retro and old-school revivalism, Statiqbloom has been carving out its in niche in the realm of proto-EBM and post-industrial, blending rhythmic noise and nightmarish ambience with scathing production values that over the course of a sizeable discography sees the band pursuing new evolutions in the genre… at least, one hopes that’s the idea. Aside from numerous festival appearances and a recent stint touring with Mortiis’ “Era 1” North American tour, the band’s creative trajectory has culminated in the pair’s signing to eminent label Metropolis Records for the June release of Asphyxia, on which Statiqbloom had the privilege of working with such esteemed producers as Sanford Parker and the legendary Dave “Rave” Ogilvie. Founder Fade Kainer was kind enough to take the time to speak with ReGen Magazine about the foundations of Statiqbloom and the subsequent evolution of the band’s sound, along with some insights into the mentality of retro trends, the breakdown of genres in the industrial and metal communities, and the band’s visual components.

To get the boring question out of the way, would you please give us a brief history of Statiqbloom, how the band got started and what has led you to now? 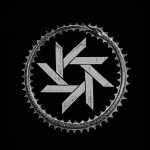 Kainer: Statiqbloom officially began as a result of the band I was in, called Batillus, dissolving in 2013. I needed an outlet to create music and release my frustrations and heartache from that happening. I had already made a lot of dark ambient and more noise-based tracks under the Statiqbloom moniker when I first moved to New York, but I never released any of that material; it was music I made for myself, and a lot of it was made in bouts of insomnia and during my struggles with drug addiction. When I began to work on Statiqbloom again, it took on a more aggressive beat driven form. The people close to me at the time heard it and encouraged me to release it and perform live, and that was in 2014.

The new album is coming just less than a year from the Infinite Spectre EP; in what ways would you say that Asphyxia is a progression – thematically, musically, emotionally, etc. – from that EP? What sort of recurring lyrical themes do you feel are present in your music, especially on the new album?

Kainer: Asphyxia is a more visceral album, a bit more stripped down and raw. The lyrics deal with personal psychedelic tribulations and observational reactions – I’d rather people take away what they want from them. I don’t like to further explain myself. The lyrics are for the listener to read and interpret.

On Asphyxia, you worked with Chicago musician/producer Sanford Parker; how did you first come to associate with him, and how would you say his contributions as a producer and mixer strengthened the sound of Statiqbloom? In what ways did working with him alter or affect your own working methods up to now? 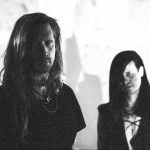 Kainer: I first met Sanford making a record with him with Batillus and continued to work with him with other bands I was in as well. We became good friends. We have similar musical and personal backgrounds; we understand each other. This new Statiqbloom album is the first time we didn’t produce and mix it all ourselves. I trust Sanford as a mixer and producer, so I wanted to put myself in a situation where we had a different perspective on what we were doing, someone to help edit and bounce ideas off of. He is good at making heavy records. I wanted Asphyxia to be a sonically heavier record, so we went to Chicago during the coldest week of the year – the day we arrived, it was -26 degrees Fahrenheit and lived in the studio, only focusing on making this record.

The album’s second track, ‘Until Oblivion’ was mixed by Dave ‘Rave’ Ogilvie; similarly, how did you come to work with him, and why this single track? As a veritable legend in industrial, electronic, and experimental music, tell us about the experience of working with him?

Kainer: I’m a huge of his work; a lot of the records he’s made have had a huge impact on my life. I’ve always wanted to work with him in some capacity. I was given his contact and I reached out to him to see if he would like to mix a song on this album and he was totally into it. We’ve never met in person; he lives in Vancouver. I hope in the future we can meet and possibly work one on one.

Nostalgia seems to be the order of the day as older, more experimental forms of industrial, post-punk, and synthwave seem to have taken prominence. From your observations, what would you attribute this to, and in what ways do you feel it applies to Statiqbloom (if at all)?

Kainer: I feel like a lot of people want something more raw, more human when it comes to electronic music. Maybe it’s a kneejerk reaction to all the slick overproduced EDM and electronic music that’s been mainstream. I think that’s why people are referencing the older electronic music that had that feel. I want to hear something that’s dirty and not perfect, that doesn’t sound like some generic plugin synth. Statiqbloom isn’t a nostalgia act – of course I’m influenced by the stuff I grew up listening to, but I like to make music with all the imperfections and feeling intact.

Statiqbloom also took part in the Days of Darkness festival, which placed several industrial bands (like you, Die Krupps, and Front Line Assembly) alongside several metal and hard rock bands. What are your thoughts on the breakdown of genres in modern music? Is the metal scene as open to the newer, darker sounds of industrial and experimental electronics as it seems?

Kainer: Yeah, sure. We share the stage with everything from black metal bands to queer electro acts. Why would you want to see three bands that all sound the same at a show? That’s boring. I like mixed genre events.

You’ve taken part in several ColdWaves events as well. What are your thoughts on ColdWaves now versus when you were first asked to take part in it? What makes it stand out in your mind versus other festival events you’ve participated in?

Kainer: ColdWaves is a great festival. There are not a lot of festivals in the U.S. compared to Europe, so it’s cool that there are a few quality ones in the States; ColdWaves is one of them. Their lineups are cool in that they have legendary acts play with newer up-and-coming acts, which keeps it interesting. 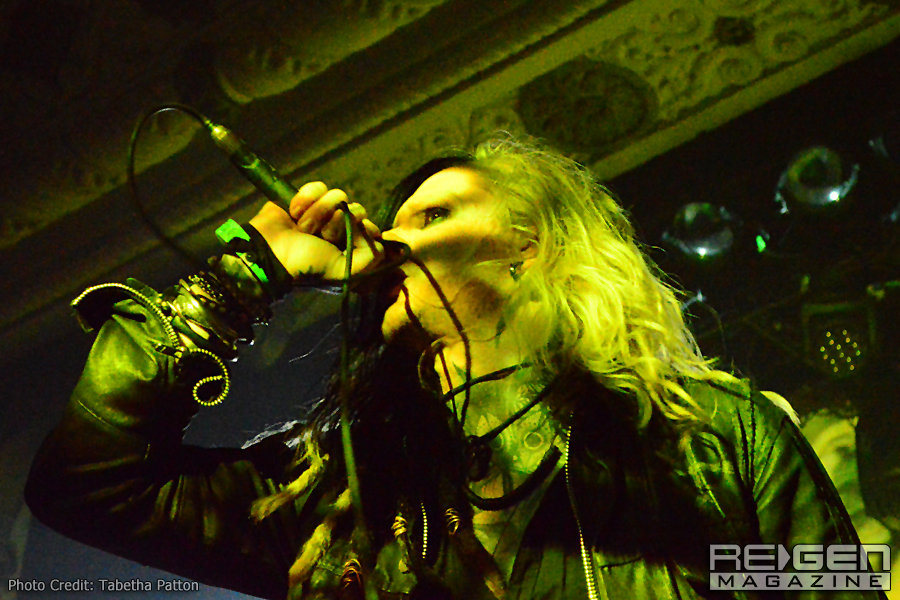 Once again, you worked with photographer Katrin Albert. How do you feel her photographic eye captures the visual essence of Statiqbloom; in what ways do her visuals complement the music?

Kainer: Katrin is a very talented artist – whether it’s photography or video, she knows how to capture special moments and capture specific moods. She is very good at editing to emphasize the atmospheric elements of the music because a lot of her work is very dreamlike and otherworldly.

You recently toured as the support act for Mortiis on his ‘Era 1’ North American tour, and you have been playing in Europe and South America during summer. The Statiqbloom live shows that I’ve seen really seem to emphasize power through minimalism – not a lot of props or dressing, relying more on the lighting and the intensity of your onstage performance; what is the band’s mindset behind this?

Kainer: Actually, we do use a lot of projections and lighting; given the opportunity to do larger scale things, we will – that includes visual production. But we don’t rely on the lightning and visuals but use it to enhance our performance.