She Past Away InterView: The Night Emerged0

From the Marmara Sea to crossing the Atlantic Ocean, the Turkish duo of She Past Away is steadily making waves in the darkwave scene around the world. ReGen now speaks with the band about its history and music.

An InterView with Volkan Caner & Doruk Öztürkcan of She Past Away

“Music is a spiritual phenomenon” – so states Volkan Caner, one half of the Turkish darkwave band She Past Away, which has been gradually making waves in the duo’s home country and abroad for over a decade. Formed in 2006 by Caner in Bursa with live bassist İdris Akbulut joining the fold shortly after, the band’s blend of dark post-punk and gothic modes topped off by a striking live presence made waves in Türkiye and beyond, bringing She Past Away no small amount of recognition throughout Europe. With producer Doruk Öztürkcan joining in 2009 (and later taking over for the departing Akbulut in 2015), the band’s two albums – 2012’s Belirdi Gece and 2015’s Narin Yalnızlık – introduced these shores to She Past Away, eventually grabbing the attention of prominent North American imprint Metropolis Records to reissue the two albums in late 2018, both finally released on January 18, 2019. Not long after, public demand for She Past Away to perform on our side of the Atlantic finally culminated in the announcement of a summer tour of the continent, beginning in Brooklyn, NY on July 17 and continuing until July 28 in Los Angeles, CA, with more dates being planned. Despite the darkness of the band’s sound and image, the future is looking extraordinarily bright for the Turkish duo. ReGen Magazine is privileged to present a special conversation with Volkan Caner and Doruk Öztürkcan about the past, present, and future of She Past Away, with some insights into the band’s songwriting and production process, working with fellow post-punk sensation Drab Majesty on the “Soluk” music video, and the power of music to penetrate language barriers and touch the soul.

As I understand, She Past Away was formed in 2006 in Bursa. Would you first tell us about your own musical background and how the band came together?

Caner: We participated in bands ranging from extreme metal to electronic in the ’90s and later on. I started getting into darkwave by the end of the ’90s. As it was difficult to find band mates with this genre of music, I started composing songs under the name Psychoma. These songs later evolved into She Past Away when İdris and later Doruk joined the band. 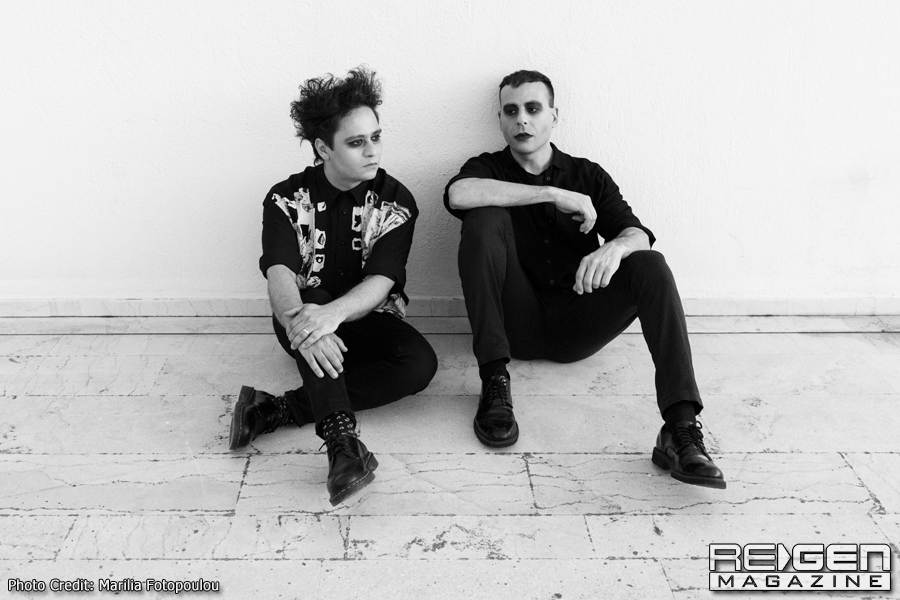 What is the post-punk and gothic/darkwave music scene like in Türkiye? How popular would you say this music style is there?

Öztürkcan: It has more followers in recent years, but it’s hard to say that there’s a dark scene, even though there are now a few bands of this genre.

Original bassist İdris Akbulut left the band in 2015; would you tell us about the circumstances behind his leaving? What would you say he brought to the original songwriting dynamic?

Caner: In short, it’s personal derangement. Him leaving didn’t really change the way of composing. As a matter of fact, we hardly used a bass guitar in the studio recordings; bass guitar was a part of the live show. What you hear in the albums is actually programmed synth bass lines. 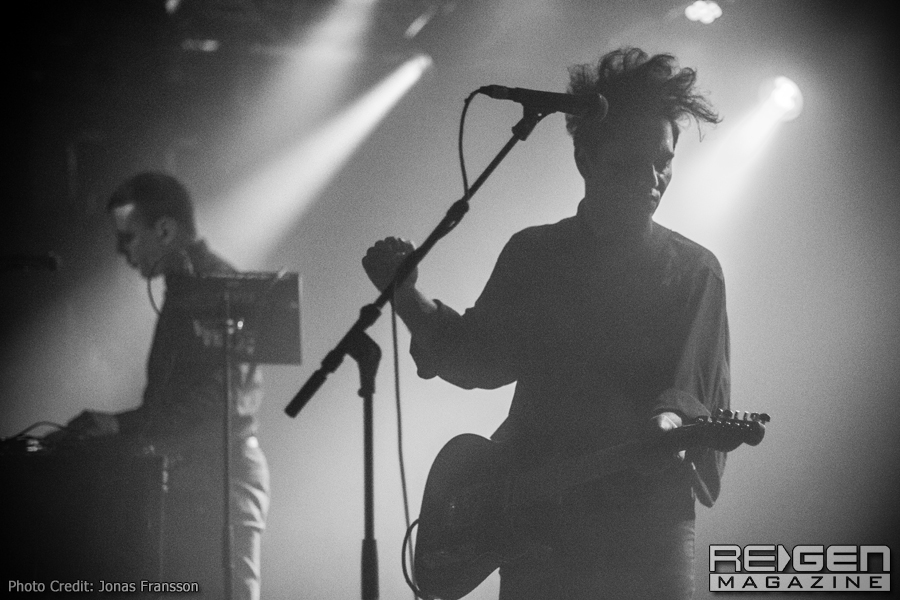 Doruk Öztürkcan then took over his duties. First of all, for Doruk, how difficult was it to make the transition from being behind the scenes as the band’s producer to now being up front and onstage with Volkan? Do you enjoy the greater visibility?

Öztürkcan: Well, the reality is that I was the (electro) drummer of the band before we started touring internationally. When the gigs abroad began, we decided that I would help with the sound of the band rather than being a drummer with big equipment and requirements. So I was actually touring as the sound engineer instead of as drummer. Therefore, coming back on the stage didn’t require so much courage, but lots of work had to be done to adapt the music to a different duo where I had a new role also playing the synths.

Secondly, to what extent does Doruk now contribute to the songwriting, and in what capacity does his own playing style complement or contrast with what İdris brought to the band?

Caner: He helps with the arrangements and establishing the sound, as well as mixing and mastering the music. 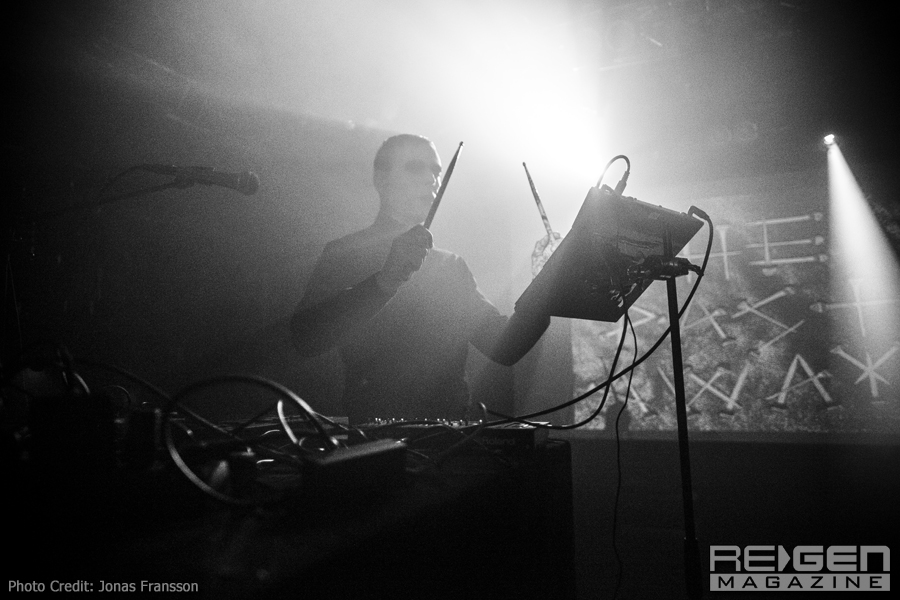 Öztürkcan: It might be the overall interest for the band in North America that caught the attention of Metropolis. So, when they came with an offer, we were not too surprised. I also have to point out that now we work with two labels – Fabrika Records is still distributing worldwide except in North America.

Being a Turkish band and not singing in English, in what ways do you feel your music can reach a non-Turkish speaking audience?

Caner: Music is a spiritual phenomenon – it can touch the soul without the meaning of the lyrics. We listen to many bands who sing in languages that are foreign to us and they sound beautiful and different. The difference is exciting because it’s new. Usually, we look up lyrics and meanings if we get deeply into the music. I recommend readers to check this page for translations in 10 different languages – http://shepastaway.org/lyrics.

Alas, I don’t speak Turkish and my translations of the album titles (This Night and Delicate Solitude) are the best I could do. My father, on the other hand, is Turkish (as is my mother), and they were uncertain as well as to the translations, as they were unfamiliar with the word ‘Belirdi.’ Out of curiosity, were these translations accurate?

On the music video for ‘Soluk,’ you worked with fellow darkwave band Drab Majesty. How did you come to associate with them, and is there a possibility of further collaboration with them – either in video, musical, or perhaps even in touring?

Öztürkcan: We liked the music before meeting them in Athens when they were here on a short break from the European tour. By coincidence, we were shooting a video at the same dates and asked them to take part in it. We were really happy with their contribution, as they were. I am sure we will eventually collaborate on something, be it a tour or music.

You’re to embark on a tour of North America this summer. Is this your first time doing so here?

Caner: It’ll be the first and we are especially excited that we are finally doing it after many years of isolation from a highly sympathetic audience. Some of the shows sold out within days of the announcement, even though the tour is in July and December.

What’s next for She Past Away? Is there a new album in the works?

Caner: We have nearly completed the third album. We look forward to releasing it as soon as possible. 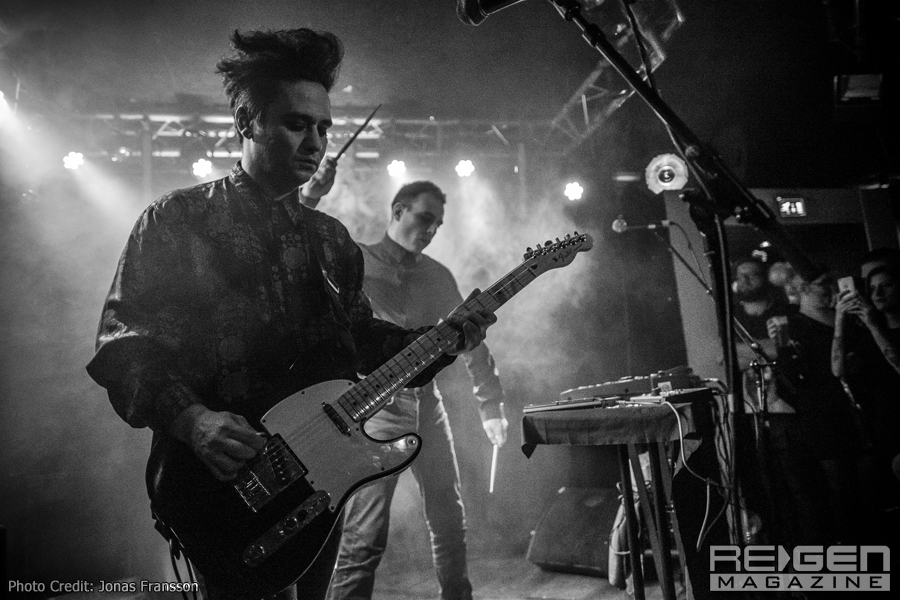