Rhys Fulber, one of the electronic and industrial scene’s most revered figures, speaks with ReGen about his new solo material and his upcoming appearances at this year’s ColdWaves.

An InterView with Rhys Fulber

With more than three decades of experience, Rhys Fulber is one of today’s more well respected and revolutionary musicians. Perhaps best thought of as one of the leading figures in the industrial scene as a member of Front Line Assembly and a regular collaborator of Bill Leeb in other projects like Delerium, Noise Unit, Intermix, and Synaesthesia, Fulber has established himself at the highest echelon of aggressive and experimental electronic music, doing so as well through his numerous production and remix credits. It’s difficult to believe that he has only recently begun to release music under his own solo moniker, beginning with 2017’s Realism and continuing with this year’s Your Dystopia, My Utopia on the Sonic Groove label. It is on these solo records that Fulber explores the fullest range of his abilities and musical output, blending elements of virtually every kind of style he has placed his mark on from dark techno to industrial, dance, and more. With DJ and performing appearances planned for this year’s ColdWaves in Chicago and Los Angeles, Fulber spoke with ReGen Magazine about the creation of his latest solo album, including some gear talk, some words about his other projects, the significance of ColdWaves, and the importance of sustainability in a world rapidly approaching dystopia. 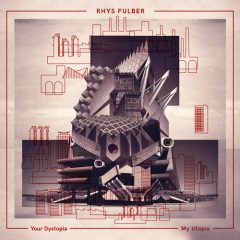 Let’s talk first about your new solo album. Your Dystopia, My Utopia is your second under your own name and follows closely after last year’s Realism. What sorts of changes or progressions are there in your approach to writing and producing the material on the new album?

Fulber: There weren’t really any conscious changes. It was more just a natural evolution from the way I did the EP. I just grasped the dynamic a bit more confidently, I guess. There also wasn’t that much gap between the composition of the material and I had already played some of it live on a couple gigs promoting Realism.

You’ve been a part of several groups and spearheaded your own projects; now that you’re releasing music under your own name, in what ways do you feel this music best represents who you are as a musician and as an artist?

Fulber: I think the main reason I released this under my own name is that it was the first time I had made truly solo music, as in no outside collaboration on composition or vocals, etc.. I mean, the Conjure One instrumentals were too, but that fell under the collaborative umbrella of that project. This material started out as just me and my modular synths, so I would say it accurately represents me artistically at this moment, though I like to keep that evolving so we will see where it goes. 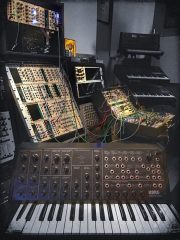 In what ways do you expect or hope that it will present aspects to your creativity that audiences may not have heard or noticed before?

Fulber: I don’t really have expectations anymore. I just do it and see what happens. I know I had a lot of friends keep suggesting I do harder music again, so the time felt right to move into that, as well as revisit some old techniques, albeit in an updated form. It then became very inspiring and ‘new’ again to work this way, so it gained its own momentum and there is still lots of material yet to be released.

On the new album, Jeff Swearengin contributes some sound design to three tracks; tell us about him, how you came to work with him on these tracks and in what ways you feel his contributions strengthened the songs he appeared on?

Fulber: Jeff is an extremely talented sound designer and artist in his own right that more people should know about. He basically sent me a very sophisticated sample bank that I pulled some sounds and textures from to add to the last few tracks I was working on for the album. It was a nice speedy way to add some totally original, hand crafted flourishes.

How did your working relationship with him compare to others you’ve been a part of?

Fulber: Well its unique in the sense he just uploads all these amazing sounds very nonchalantly, then sends a link! 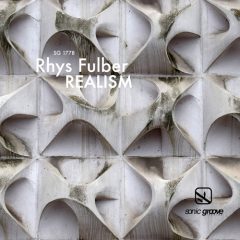 The title Your Dystopia, My Utopia evokes a very bleak image, and throughout your work – especially in FLA – and the industrial and experimental electronic scene as a whole, there has been a recurring fascination with apocalyptic and dystopic imagery. What hope do you see, if any, for the future of humanity and our world?

Fulber: I think it means more now because it seems more real and plausible. I think the greatest issue now is declining systems that are met with general apathy from the population when they have all the power. There is so much infighting between people now it keeps everyone distracted from the real issues.

What changes or improvements would you like to see happen in your lifetime, either technologically, biologically, or socially?

Fulber: I think people need to get on board with sustainability in all its forms or we will see dystopia. These issues are politicized for a reason. 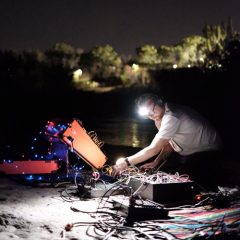 The above question also applies to music technology – how important is it for you to keep up with the latest developments?

Fulber: Nowadays, not very. Computers and digital recording are so advanced now, once you have a basic Digital Audio Workstation, you can feed almost anything into it and be creative. I love gear and synths, but it is so hyper-consumerized now that people think they need all this gear when they really don’t. I buy less gear now than ever. In fact, I dug out some things I bought 20 years ago that ended up being ‘new’ again and the stars of this album.

Besides digitally, the album is available as a double-vinyl. What are your thoughts on the resurgence of vinyl over the last few years? What about the vinyl format are you fond of, particularly as it pertains to your music – what is it about vinyl that it offers the best presentation of your music?

Fulber: Well the label I am on (Sonic Groove) releases on vinyl, so that was a big part of it. Vinyl to me is a comfort from the past. I love looking at the covers and vinyl just immediately has more mystique to it, especially old records, and makes you pay more attention to the music. I also think to the discerning ear, it is still the premier listening experience. 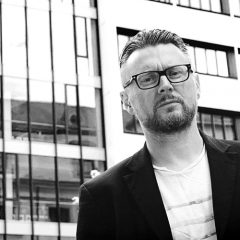 You’re performing at this year’s ColdWaves with Blixaboy and (if I’m not mistaken) as part of Front Line Assembly. Having performed the event before, what was it about ColdWaves that you personally connect with? Will you be performing any of your solo material from either Realism or Your Dystopia, My Utopia?

Fulber: I know Jason Novak well and like how he runs things. It’s just always an easy event to play with a good environment and it’s coming from a place of charity and awareness. I am performing solo sets in Chicago and L.A., which is a combination of Realism/YDMU material and improvisation (the Blixaboy billing is just us playing consecutive live sets of our own material), as well as playing with FLA in all three cities.

One of the more striking aspects of ColdWaves is the mix of long standing bands with up-and-comers and new acts, one of the most notable being KANGA, who you’ve worked with. From what you’ve seen and heard, what are your thoughts on the new generation of industrial and machine/rock musicians?

Fulber: I am honestly not following it too closely, but I check in on a few things here and there. It’s nice to hear things evolving again. I follow the European techno scene a lot closer, and it’s interesting to hear how old sounds are fresh again. It also is a great representation of the original spirit of industrial music, which was more artsy and abstract.