Polyfuse InterView: An End and a Beginning0

Performing at this year’s ColdWaves V event in Chicago, Justin McGrath lets ReGen in on his life and career, bringing an end to Polyfuse to embark on a new and more exciting musical path.

An InterView with Justin McGrath of Polyfuse 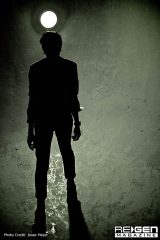 Justin McGrath has had an illustrious career, with this year marking quite a turn as he takes to the stage among revered acts like Meat Beat Manifesto, CHANT, PIG, and several others at the fifth annual ColdWaves event in Chicago. Besides making music under the Polyfuse moniker for several years, he’s also served on tour with the likes of Nine Inch Nails, Puscifer, and M83, bringing his know-how to these prominent bands while honing his own skills, releasing four Polyfuse albums over the course of several years. Besides that, he also runs Trash_Audio with fellow experimental/industrial artist (and ColdWaves alumni) Surachai, and has even amassed quite a catalog of ambient film score style pieces. Now, McGrath speaks with ReGen about his music and life on the road, culminating in Polyfuse’s inclusion at this year’s ColdWaves, while also speaking about the transition into a new stage as he lays the Polyfuse name to rest; with such a resume full of musical and production experience to back him, audiences can expect more great things to come from this artist.

Electronic music is more prolific and varied than it’s ever been, finding its way into virtually every aspect of modern music. What have you found to be the most difficult or challenging aspect of making music as Polyfuse and establishing your own musical identity?

McGrath: I’ve never found it to be too difficult because the angle I am approaching music making is very different then what others are doing. I treat my music as a journal and an outlet for negative energy, really… nothing more. I’ve never once sent demos of my music to be considered for a label release and I don’t make any merch. I have a simple Bandcamp page that I randomly add and delete stuff from all of the time. So I don’t feel very typical at all; I don’t feel like I fit in anywhere. The only challenges I face are just my own with trying to make the music, which I consider the highest priority.

You’ve worked for and toured with Puscifer, Nine Inch Nails, and M83. What would you say were the most important aspects of your experience touring with such high profile acts and how it affected your outlook on music and how you approach making music in Polyfuse?

McGrath: It has certainly created some new moods for me to draw inspiration from, but overall, these things are not very comparable. What it has given me is a different outlook on live performance. Seeing how large shows are pulled off in efficient ways is really eye opening. The way gear is put together, the way it travels, and the way it sets up and tears down quickly was really great to learn. Now at smaller shows, it really bothers me when other bands have power strips all over the floor and cables in the way and setups that just look like they are going to fail at any moment. It doesn’t have to be like that and it’s not expensive to avoid issues.

Your last release with Polyfuse was in late 2014, the Vomited Howls album; what can you tell us about the new Polyfuse material you’re working on and how you feel it is a further evolution of what you’ve achieved thus far? 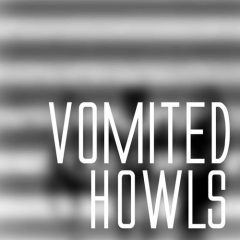 McGrath: I am always working on stuff and have piles of music that’s currently unreleased. However, the Polyfuse project is coming to an end and I’m already working on something new, an expanded direction. Polyfuse was supposed to be a one off project – it’s actually a name I used for a band in high school, but I switched to using my own full name at some point. The music was very melodic and moody and had a lot of piano. I went back to the Polyfuse name to make music like a lot of the industrial stuff I grew up listening to and didn’t think it would really go beyond making one album for fun. As it turned out, I kept on making similar stuff and all of the sudden, shows were a lot more fun and the energy level was raised significantly. I sort of see it as a punk rock project too, where at least now I don’t focus too much on overall sound quality. That’s all going to change with my next project. I’d like to take elements of Polyfuse material and elements from the other projects I’ve done and combine them a bit.

Polyfuse is performing at this year’s ColdWaves V festival. Besides celebrating the life of Jamie Duffy, what do you feel has best distinguished ColdWaves from other similar festivals that you’ve seen or participated in?

McGrath: Everyone knows that most festivals are terrible; generally, they are just a poor experience. Things like bands playing in daylight doing strange and short sets because they can’t do the same production level they would do at their own shows. ColdWaves is never like this; it never feels like anyone giving half effort. A lot of the bands that play are also not currently on any tour, so you are getting a very unique experience that is not likely to be duplicated at other shows. Bonus points for it not being outdoors; none of this music works in daylight. It just wouldn’t be fun.

You’ve mentioned that your career is 100% sound related and that you avoid listening to music. Can you tell us about your process, how you approach the creation and manipulation of sounds to achieve the mood that you’re aiming for – perhaps citing a specific track as an example? 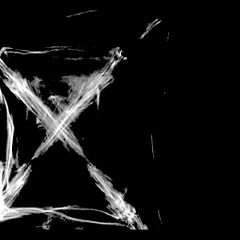 McGrath: I think most people start songs the same way these days – try some things out and see what happens. I spend a lot of time messing around with synths and drum machines external to a computer, but very rarely record the outputs of that. When I do record, it’s usually very purposeful and hopefully will lead to a developed song. Having said that, I would say most of the musical effort I do these days is playing raw piano. As far as mood goes, my mood when I’m working on music is mostly terrible and I try to extract my terrible feelings into sound rather than output it in the real world as much as I can. A specific example is my album La Petite Mort. When I worked on it, I had a rule where I had to have my windows open (in the winter) and candles lit. I have another album called The Speed of Forever, which was a massive output of energy and that bleeds into La Petite Mort, which to me embraces the lack of energy and the unwillingness to move forward. It’s really a double album meant to be played back to back. I don’t think anyone knows this because I never said anything about it.

From what you’ve learned and experienced on tour, what advice would you give to a small band about to embark on its first tour? Any pointers or key bits of info you’d like to share?

McGrath: It’s hard for me to say what a smaller band should do on a smaller tour because I’ve never done it myself. I will say that smaller bands should be very conscious of their overall setup and the speed of their setup. They should think of the things they are doing in context of what the audience will experience and notice and really only use things live that the audience can experience. Keep it simple, because you’re probably opening for someone and you won’t really have much time to setup, check things, and then get out of the way the headliner. To be clear, the headliner should follow the same rules and hopefully have a simple and fast setup.

Any particular tour experiences you’d like to share? What’s the strangest thing anyone has seen, said, or done that you can or are willing to talk about? 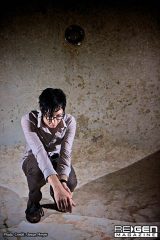 McGrath: There was a guy that jumped out of the audience at one of the Nails shows, ran onto the corner of the stage, but ultimately jumped on top of our entire playback rig and playback engineer. The show didn’t stop, but the guy left on a stretcher.

McGrath: That’s really hard for me to say because I don’t spend very much of my time seeking out new music. I am one of those people that got stuck listening to the same 20 albums over the years. Also, since my career is 100% sound related, I tend avoid listening to music sometimes. I do many silent car rides.

Similarly, what do you see or would like to see as the next step in the evolution of technology – not just in music, but overall?

McGrath: Right now, what I need in life is for virtual reality to improve significantly so I can put a helmet on and disappear forever.

Photos by Jesse Meyer – courtesy of Dreams Are Maps.