From the blistering industrial/black metal stylings of Psyclon Nine to the equally intense but more sonically exploratory sounds of his recent solo outing, Nero Bellum speaks now with ReGen Magazine about his latest musical endeavors.

An InterView with Nero Bellum of Psyclon Nine

Nero Bellum has been best known as the driving creative force behind Psyclon Nine, spending the last two decades damaging audiences’ eardrums with a scorching blend of blackened metal aggression and industrialized textures. Despite numerous lineup changes and the band going into various states of inactivity, Bellum has remained a prolific and somewhat controversial figure in the underground music scene, with the release of 2018’s Icon of the Adversary showcasing some of the band’s most virulent material yet, followed by an equally incendiary tour that featured the lineup of guitarist Tim Sköld, bassist/keyboardist Matthew Setzer, and drummer Jon Siren. However, 2019 then saw Bellum embarking on a new creative endeavor with the release of his first solo album, NFRNº. Created over the course of two years, the album demonstrates Bellum’s love for modular synthesis as he crafts each of the record’s 11 tracks from a series of live improvisations with no overdubs or computers, sparking a return to the exploratory spirit of classic synthesizer pioneers of the ’70s. No less intense in its scope and sonic force, but certainly a different facet of Bellum’s musical abilities, which he took the time to discuss with ReGen shortly after the album’s release. He also spoke briefly about the Psyclon Nine tour and his current association with Tim Sköld as the same lineup prepares to embark on the SKOLD tour, along with some words about the recent remix companion to Icon of the Adversary.

You recently toured with Psyclon Nine after the release of Icon of the Adversary with a lineup that included Tim Sköld, Matthew Setzer, and Jon Siren. First of all, would you tell us about how this lineup came to be and in what ways you feel their musicianship complemented Psyclon Nine’s material?

Bellum: The stars aligned, as they say. The lineup came together very naturally as we’ve all been friends for some time. I decided that when it was time to tour the album that I wanted to take the opportunity to perform alongside musicians that I had a great deal of respect for. It was a great experience. To answer the second part of your question, having a band made of such talented individuals really raised the bar to a new height.

I understand that with the exception of Matthew, the same lineup will be touring for SKOLD; while SKOLD is certainly not short on aggression, the sound is very different from that of Psyclon Nine. Would you tell us about how you feel this lineup connects musically and how you feel that will enable you all to play in SKOLD’s style after touring with your music?

Bellum: The new SKOLD lineup seemed like the logical next step after such a great experience touring together with Psyclon Nine. I’ve found that it’s a fairly rare thing to find a group of musicians who can not only perform well together but also get along behind the scenes.
While most people know me as the front man of Psyclon Nine, my fans know that I’m also the songwriter, producer, sound designer, and typically the sole performer on each of our albums. I could never be satisfied performing in a single role so being able to express myself through a plethora of instruments/mediums and become involved in other projects can be paramount.
That said, I’ve been a fan of SKOLD in his various projects for many years and continue to hold a deep respect for his talents.

The remix companion to Icon of the Adversary also features SKOLD and Pitch Black, as well as numerous alternate versions; can you tell us about the process behind this album? The word ‘version’ seems to imply something more than a mere ‘remix,’ and while you’re not new to this process, what was the most challenging aspect in approaching these different versions, making new songs out of old? 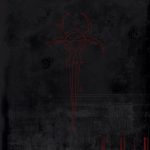 Bellum: The term ‘version’ was much more appropriate than ‘remix’ in regards to how this album was assembled. While a remix typically consists of a restructured arrangement of pre-existing music, these tracks have been crafted from the ground up, only ever using vocal stems from the original release. Icon of the Adversary (along with my previous albums) is a concept album. It features an ebb and flow that couldn’t have been approached in any other way. Stepping outside of my self-inflicted confines with a remix album offers an opportunity to express myself in an experimental manner. While the crafting of this record was an intimate experience I’ve also included (as you’ve mentioned) remixes from Tim Sköld and Pitch Black. It was another opportunity to collaborate with artists that I hold a deep respect for and who understand the art that I’m creating.

In May, you released NFRNº as your solo debut, which has you experimenting with modular synthesis and ‘celebrating’ the imperfections that come from performing with them. Obviously, it’s a different creative thought process, but what did you find to be the biggest challenge in this endeavor – were there moments where you had to fight the inclination to approach it with the same precision you would a Psyclon Nine record? Culling from ‘hundreds of hours’ recorded into 11 songs, what was the process of constructing so many disparate pieces into cohesive individual tracks?

Bellum: The biggest challenge was to select which tracks would end up on the album. I find myself almost constantly at the helm of my modular system – always creating. I find that my time interacting with a modular synthesizer can be quite therapeutic. Remaining conscious of each element involved in a complex patch can require a great deal of focus. In almost every case, each patch can be looked at as a window into my mind at that given time – a reflection of an emotion (conscious or subconscious).
When I set upon choosing the songs for NFRN°, I decided to showcase a broad selection of those emotions, while also painting a picture of the journey that I took from my first impressions while teaching myself to utilize a new instrument through to becoming confident in my ability.

Apoptygma Berzerk recently released an album with a similar approach, so both their and your album hearken back to the likes of Tomita, Wendy Carlos, and you specifically cite Morton Subotnik and Suzanne Ciani. After the recent trends of synthwave and going back to the sounds of the ’80s, you’ve gone back a bit further to the ’70s in a way. What are your thoughts on these waves of nostalgia and the value they have in modern music? What would you say have been the best and worst qualities?

Bellum: I don’t find myself nostalgic in any way; however, I do recognize the brilliance of pioneering artists who were certainly overlooked in their time. What I can appreciate regarding the trends surrounding this nostalgia is the propensity to take a step back from what’s become the standardized approach to creating modern music and look in all directions to find inspiration, whether that be in the form of recording to tape, utilizing vintage synthesizers, or even using modern electronics in an experimental manner. What initially enamored me when I discovered industrial music was the experimental aspect – the concept of a song being constructed entirely out of recordings of glass bottles being smashed in a concrete room, for example. The possibilities become endless and I find that inspiring. I’ll often find myself taking field recordings with my iPhone in a myriad of locations to later play them back into a granular sampler in my modular system and compose a new piece around the sounds that I stumbled across. While an iPhone might not have that nostalgic value or conjure thoughts of Don Buchla, to me, it does parallel the same experimental process that the San Francisco Tape Music Center originally set out to explore, which inspired Morton Subotnik to commission Don Buchla to build the first West Coast analog synthesizer. It’s not so much about utilizing vintage gear; it’s more about putting yourself into an experimental mindset.

What sorts of developments in technology – musical or otherwise – would you be most excited by and hope to see happen in your lifetime?

Bellum: I’ve often been quoted as saying that patching a modular synthesizer is a bit like having a conversation with a machine. I often utilize controlled random voltages and employ probability based events when composing, thus, giving a certain amount of ‘choice’ to the machine itself. I’ll shape sounds and construct a basic rhythm and allow the machine to improvise within predetermined confines. Doing so creates an ever evolving, never repeating experience that I find interesting. That said, I feel that advanced A.I. and its integration into synthesis will be an incredibly useful addition to an artist’s arsenal. Modules that utilize machine learning algorithms to analyze the artists choices of sound design, rhythmic patterns, etc. may be able to generate new sounds and patterns based on previous input. An intelligent conversation between the artist and machine would be fantastic. While A.I. in modular may seem far flung, I have been collaborating with several companies on new products that I will be unveiling soon enough.

Aside from the tour with SKOLD, are there any plans to perform your solo material live? What would be the logistics of a Nero Bellum solo live performance vs. a full Psyclon Nine show?

Bellum: I’ve actually done quite a few modular performances across several continents. It’s a completely different experience with much more pressure than anything I’ve done in the past. I approach the solo shows as a journey more than an exhibition of previously written material. I will build a patch from scratch in front of the audience with no intention other than to explore the instrument and let my experimentation guide me into something that they might enjoy. I haven’t had any train wrecks yet, but I’m sure it will happen. I do plan on setting up more solo shows, but for now, I’ve got a lot on my plate with SKOLD, Psyclon, and another big project that I can’t yet discuss.

Anything you’d like to discuss or mention that we’ve not yet spoken about?

Bellum: Feel free to follow me on Instagram for regular updates on all projects at @nero_bellum_official. NFRN° and Versions: Icon of the Adversary Remixed are both available. And SKOLD tour dates can be found at his website.