Josef Saint invites ReGen into his creative vision for the sensory experience that is Baltimore industrial act Nahja Mora.

An InterView with Josef Saint of Nahja Mora 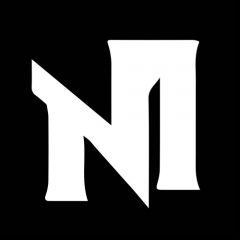 Hailing from Baltimore, MD, Nahja Mora has in a short time carved a niche of its own in the local underground scene. Having recently released the full-length album The Trees See More following last year’s Actualiser EP, Josef Saint has taken the project on an odyssey of sonic and conceptual discovery, incorporating numerous techniques and blending varying styles of experimental industrial and avant-garde noise. Since the band’s inception, Nahja Mora has developed a sizeable following with an ever evolving live act that has seen fellow musicians from the Baltimore/DC area joining Saint to create a remarkably dynamic sensory experience drawing on Saint’s education in music theory, theatre, and film. Speaking with ReGen, Saint invites us into his creative vision for Nahja Mora, culminating in The Trees See More and what is yet to come from the band.

What can you tell us about the creative process for Nahja Mora, particularly with regards to how your ideas developed between Actualiser and The Trees See More? 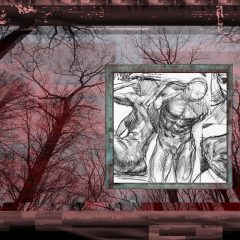 Saint: Actualiser and The Trees See More were written at the same time. Well, The Trees See More was mostly written. ‘Destructor,’ ‘The Very Last of Summer,’ ‘Healing,’ ‘Tomorrow’ had not been completed at that time. ‘Destructor’ actually wasn’t even in existence. Actualiser is a much more personal release and deals with subjects I have myself faced, written from my personal viewpoint. Typically, my writing is separated into a few different pathways that eventually intersect. For lyrics, I keep journals. My writing style has become more and more cryptic as I’ve grown older (and I suppose as my vocabulary has expanded). For instrumental music, I draw from my piano playing (as is the case with ‘Dream Dead’ and ‘Losing Teeth’), from Nanoloop programming (‘Moth Tree,’ ‘Inside Out’), and from learning ideas from music academia and applying them on my own terms. I am a junky for music theory and think entirely in terms of intervals; how individual notes relate to one another, including notes stacked in block chords or whatever. I suppose this is why some of my chord progressions are unusual compared to others. I just want to expand and push all of this, sound and everything, to its limits. I’m on a mission to make something so dense and chaotically clawing into an organic being. I want to make sound that feels like reality is splitting and things are just manifesting into the air. That’s where I want to go with all of this. I don’t know how to say where I stepped here on Actualiser and how it led me to here on The Trees See More (or on the EP we’re writing right now). I just know it’s all part of the process.

In what ways did the culmination of these two albums reflect your goals for the project?

Saint: The goal of this project was to illustrate a ‘shattered mind,’ a term borrowed from schizophrenia, but in our meaning, the breakdown of the self through a loss of meaningful communication, anxiety, and fear. I don’t know that those two releases alone reflect that goal insomuch as they merely are facets of expressing the feeling of things-falling-apart… which will likely be a constant – a mutating and dynamic thing, but a constant nonetheless.

In what ways did things change or evolve from what you originally envisioned? 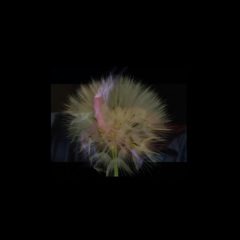 Saint: Well, off the top of my head, ‘Untitled’ from Actualiser was originally going to be a fugue written for the genMDM. I made a point though to keep to deadlines and just couldn’t make the time to finish a fugue with proper rules of counterpoint. Besides that, while I had a genMDM for years, I was in dire straits financially and I just couldn’t afford Max4Live at the time, so it wasn’t really possible for me to use the genMDM then.
The Trees See More‘s presentation on CD was supposed to be much different with audio in negative indexes and hidden track-negative-index-things too. We and our mastering engineer, Eric, just couldn’t face the prohibitive costs of disc authoring software that allows such things. We are, after all, totally independent.

What does this title The Trees See More refer to, and in what ways is the concept reflected in the lyrics? 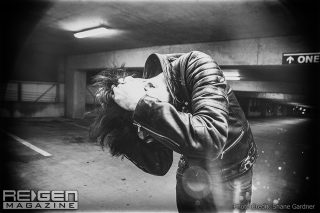 Saint: The Trees See More is written entirely about the factors that cause societal decay. The title was adopted from one of the main purveyors of our decay: Facebook. It came from an irrelevant Facebook post that was truncated by Facebook’s ‘See More.’ We adopted it not only for its recursive nature to our point (and to the destroyer that is Facebook), but also because it elicits the adage ‘you can/can’t see the forest for the trees.’ See the big picture, get overwhelmed by details. It additionally points to the personification of trees as an audience to all of the stupid destructive things homo sapien sapiens do to ourselves and our world, social or otherwise; kind of, the external viewers see things differently (more clearly) than the internal ones.

This album features additional performances from Hobart Blankenburg (who also appeared on Actualiser), Hemlock, and Jenny Rae of Fun Never Starts; besides all being part of the Baltimore scene, what led to their inclusion on the album, and in what ways would you say their contributions affected the music and how you approached it? For instance, what changed as a result of their participating? 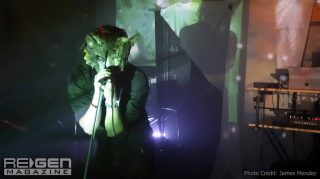 Saint: Well, Hobart and I went to college together and studied the same major (Film, Video, Theatre). We were in bands (and films) together in college and performed together for gallery receptions. Hobart was always into analog equipment and sound while I was into digital. We bounced off each other a lot. It was only natural that he appeared on a few Nahja Mora tracks. I have appeared on a few Precision Field (Hobart’s project) tracks as well.
The first Nahja Mora live performance was with Worms of the Earth, with me supporting Worms and our performance was solo (just me). I really didn’t enjoy this very much as I felt like something was deeply lacking from onstage improvisation and from the chemistry of playing with others. For the next Nahja Mora performance, Hobart joined me in the group and played live bass and additional synthesizers. He did this for the next show with Author & Punisher as well. Hobart and his wife then became expectant parents and he was forced to retire. 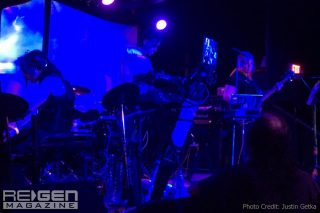 Hemlock and I were friends for sometime and it became a need for me to play music with another person. I nearly recruited a guitarist/bassist again, but that fell flat and fell through. Hemlock played drums for Dharmata101 and also played keyboards. We have really very similar interests and musical desires so it just became a perfect fit.
After Nahja Mora (with Hemlock now) played with Fun Never Starts at the BEST CLUB EVENT EVER (Kunst und Wahnsinn), Jenny expressed interest in joining us… and it worked… really well. My favorite part of this group is when we improvise during, before, and after rehearsals. I think the three of us really complement one another. I consider Jenny and Hemlock band mates.

As Nahja Mora has had the opportunity to open for several prominent bands, in what ways have you developed the live presentation? How do the visuals you present correspond to the music/lyrics?

Saint: What we do live doesn’t get affected by what we see from more prominent groups. It’s been an even progression I think from solo, to duo (live bass), to duo (live drums), to three piece/complete band. The only thing that has grown more and more is the theatrics. Circa last year, I’ve adopted a new mask for each year that I wear partly during our set – and of this year, squibs. 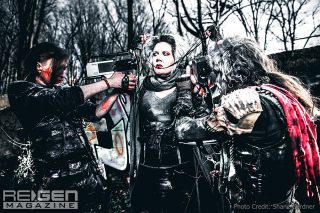 I previously mentioned I studied Film, Video, & Theatre in college – this is where my schooling shows up. It partly comes through in my stage presence, but it is really focused on our film projection and playing style. In my senior year of college, I decided my theme would be music and with that, I scored a few student films, and scored a longer zombie horror film as my senior project. In Nahja Mora, we play continuously for the whole of our set – songs flow into one another with interludes as sutures. We treat our live performances as if we are scoring a film. One of Hemlock’s friends described coming to see us play as ‘walking into a horror film,’ and that is one of my favorite compliments!
I draw from Soviet Montage Theory in my editing processes. I attempt to link images together for a deeper meaning. The goal is to fit the feel or the message of the music. If the music is cryptic, I hope the visuals feel the same. For ‘Losing Teeth’ and ‘All (Destroyed)’ though, their projections are fairly straightforward as to the meaning and urgency of both songs.

What would you say you’ve learned – both in terms of live performance and music production/songwriting in general – from the shows you’ve performed as an opening act?

Saint: No offense to anyone we’ve played with but… nothing! When we play with these larger groups, most of our audience is there to see them, not us. All we can do is what we were going to do anyway and be our own entity and our own selves. If we pick up some new fans, awesome; but if not, at least we can say we stayed true. There’s a saying about never playing to the gallery, and I am steadfast to that. Where we do learn things is just from the experience of playing out. We went on a mission for ergonomics in our rigs, reliability of the live experience even if one of our rigs goes down, and the importance of having our own DI boxes and projector!

What’s next for Nahja Mora? What can you tell us about your current live show and/or recording plans? Is a tour at all a possibility for you? 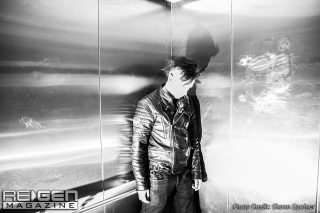 Saint: Well, we’re currently working on a short remix EP with a few new tracks and a new version of ‘All (Destroyed).’ We have remixes coming from Precision Field, Fun Never Starts, and Unter Null, and maybe a few others. We, like many independent groups, have our own recording facilities (woo home recording revolution!) so our plans are somewhat fired from the hip – we don’t have to contend with studio booking or studio calendars. Additionally, each of us is able to work separately due to the beauty of the internet.
Live, we have two scheduled shows this summer so far – one supporting Velvet Acid Christ, the second supporting Author & Punisher. We have a sincere interest in playing out of state and that is something that is being closely examined for August/September. The fulcrum for that coming to be is a vehicle: namely, a van. That being said, yes, a tour is a more than a possibility and in fact, likely to be a reality soon.
Now the execution of our live performance, that is always in a state of change. Jenny is planning on starting to play cello and synthesizer (as well as bass guitar) live; we’re looking to upgrade Hemlock’s kit a bit with acoustic pieces and more effect processing of his keyboards; I’m playing viola live now. We are looking critically at getting and programming our own lights, which is a double-edged sword.