John 5 InterView: Hail to the King of Blackgrass!2

One of the music industry’s most respected and innovative guitarists, John 5 speaks with ReGen Magazine on his career and his music. 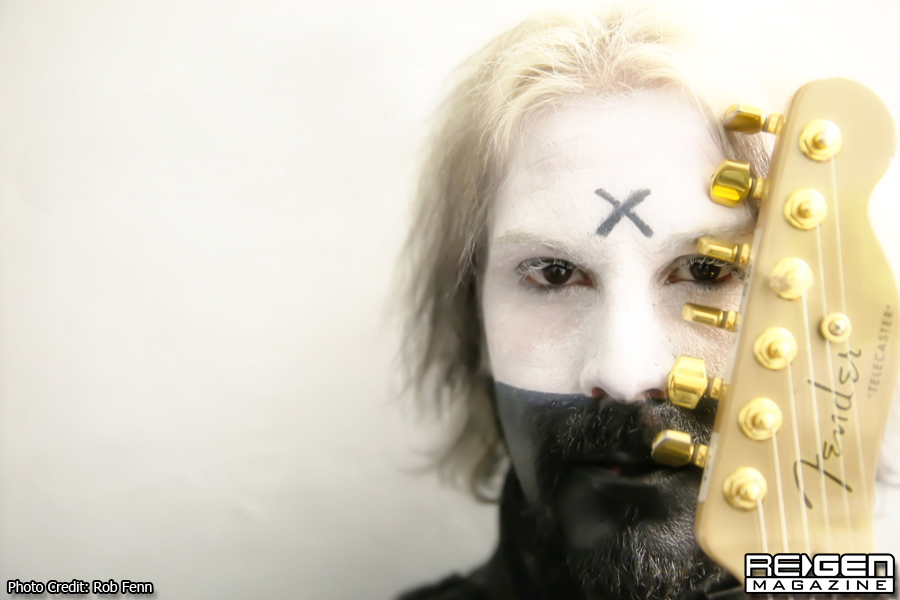 An InterView with John 5

John Lowery – better known as John 5 – is one of modern music’s most revered guitarists, having made his distinctive mark across the board in virtually all genres. To say that he’s a living legend would be an understatement – having begun at a young age in the early ’90s with producer Bob Marlette and lending his skills to the likes of ASIA’s John Wetton, KISS’ Paul Stanley, K.D. Lang, and Rob Halford in the short-lived 2wo, earning the nickname of John 5 upon his departure from David Lee Roth’s band and making his first big strides as a member of Marilyn Manson. Joining the band after the recording of the 1998 glamdustrial masterpiece Mechanical Animals, 5 then helped carry the band to greater heights of fame before departing in 2004. At this time, and with the encouragement of guitar legend Les Paul, John 5 initiated a dynamic solo career, presenting a varied and gothic style of hard rock that incorporated 5’s love of country, blues, and working with progressive rockers like Billy Sherwood and Jay Schellen, along with other guitar greats like Steve Vai, Albert Lee, Joe Satriani, and Eric Johnson. In 2006, he began his long tenure with Rob Zombie, appearing on the band’s last four albums, all the while continuing to make guest appearances with some of the industry’s most celebrated artists. With a new Rob Zombie record to be released in early 2016, along with his solo Greatest Hits package, John 5 took the time to speak with ReGen Magazine on his career and his music, touching on his love for Fender Telecasters, his rigorous touring routine, and how he has survived the changes in the music industry.

The upcoming album is your fifth with Rob Zombie since joining his band almost 10 years ago.

5: Yes, I started on Educated Horses in 2006, and then the two live records… so, that’s right, this will be my fifth with him. It’s been going really well, to say the least.

You’d stated in a recent interview that working with Zombie has been the most comfortable you’ve been in any band situation; how do you feel that translates to the music? 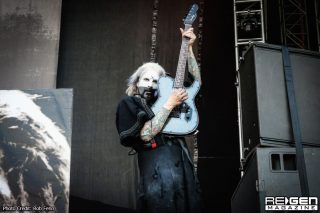 5: It’s comfortable enough to be able to say, ‘This is good,’ or ‘That’s not good,’ or to say, ‘This is great, let’s use this!’ You don’t really have to dance around someone or anything like that. These songs are so strong, and by far, it’s my favorite record that I’ve worked on with him. It’s supposed to come out sometime early next year, and I’m really excited for that. It’s got really great songs, and I think people are going to love it.

Do you feel that this comfort level has had any sort of negative impact on the way your approach making music?

5: No, I don’t think so. I think when you listen to my instrumental records, you can tell that it’s very diverse; it’s just who I am. And it’s real; I think that’s what’s most important is that it’s real! And the fans are smart! You can’t fool the fans. This is who I am, and I think the fans understand that. I think that’s why they enjoy it.

Your music presents a diverse range of styles, but with a heavy focus on darker Americana – a sort of gothic version of country and blues. What are your thoughts on the way the imagery complements the music? 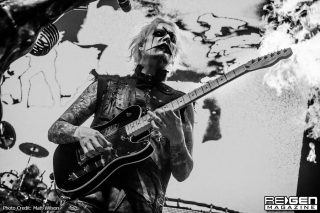 5: I think what it is… I just love bluegrass music. I love country music. I love heavy rock. So I look at it as… well, it’s not really bluegrass; it’s more like blackgrass. It’s heavy and dangerous and above all, it’s very musical and it’s complicated. It’s just a whole new thing and I think that’s what people are enjoying about it, both in the music and the look. It’s something different and you never know what you’re going to get. It seems to really work, and people are able to both see and hear these… kind of darker connections. This is especially true for the live shows, because when you come to my instrumental live shows, you get to hear so many different things going on, and I try to put it all together in a way that people will get… and it seems to be working.

Regarding the audience, do you find that in today’s audiences that there’s a greater acceptance for these sorts of different styles?

5: Well, music is music, and I don’t really know how to explain how much I love music… I just love music in general. And it doesn’t have to be only Metallica. It doesn’t have to be only Black Sabbath. I love all sorts of music – country, bluegrass, flamenco, and I think it’s important to present all of that and inspire people along the way. That’s all I’m trying to do. If it’s working and people are accepting it, who am I to argue?

You’re most identified with your signature Telecasters, and many guitarists have one or two signature models, while others switch over time as their careers and their playing develops. What is it about the Telecaster that you’ve stuck with for so long, and how much do you keep up with guitars and technology? 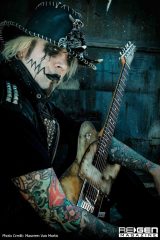 5: I’m very educated on guitars and what’s going on with the technology, but I love doing things with my hands. I don’t use a lot of additional effects or gadgets… I mean, I just love doing everything with my hands. The Telecaster was the first solid-body electric guitar, and it’s pretty much the same now as it was in the ’50s; I think, that’s really cool! I really like that, and there’s something to be said for the tradition and the idea that they pretty much got it right from the beginning. I just love the history of Fender, so it’s really a cool thing for me to use that history to make my own music.

Is there a particular kind of music or artist that you’ve not worked with that you’d like to?

5: Yeah, I’ve worked with so many artists, and I’m so happy with what I’ve done. But I’ve not worked with a lot of country artists, and I think that’s – at least partially – due to my appearance. I’d love an opportunity to work with Dolly Parton or Loretta Lynn; I think that’d be incredible. Or even Willie Nelson; it’d be wonderful, but it’s such a closed off world, and I think they’re still pretty conservative when it comes to appearances, especially mine. But to give an example, when I went to go write with Lynard Skynard, I knew all about Chet Atkins and Jerry Reed and Roy Clark, and they were like, ‘Oh wow!’ And the result of that was writing on their last two records, so I’m steadily trying to break the stigma.

How important is it for you to keep up with newer music and up-and-coming bands? Are there any in particular that have stood out or that you’d like to work with?

5: Oh, newer bands are incredible! That’s what it’s all about, man. A lot of the older bands… you know, I don’t know how much longer they’re going to be around; who knows? A lot of them are retiring, and that’s a shame, but at least we will always have all of those great records that they’ve made. It’s all up to the new bands and the new blood to carry on. I love the Winery Dogs; I think that’s great stuff! But I’m willing to work with anybody who wants to work; I’m happy to work with them, and I get asked a lot. I just love collaborating with other artists, so… yeah, really, anybody who wants to work, I’m happy to work with.

You’re currently touring with Rob Zombie, and then you’ll be embarking on a November tour with The Creatures, correct?

5: Yes, on November 4, we start in Ramona, CA and then we have a stretch of West Coast dates after that throughout the month. It’s a really cool show, full of all sorts of Alice Cooper-style theatrics, and it’s full of really crazy instrumental music. It’s definitely a party and people seem to really enjoy it.

You’ve been a professional session and touring musician, so keeping up such a rigorous schedule must be second nature to you, if undoubtedly physically demanding. I’m sure a lot of younger bands would love to be at your level; what kind of routine do you follow to stay in check? 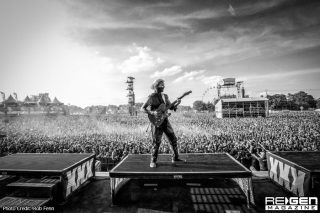 5: Oh, absolutely! It’s very, very important to eat right; that’s number one is that you’ve got to eat right. You have to also get sleep, and I know that doesn’t sound fun, but this is a business. It really is a business, and if you want to survive in this business, you’ve got to do it. People can scoff, but I guarantee you… and I’m using that word very seriously, I guarantee you 100% that if you don’t keep healthy and take care of yourself and take it seriously, it will catch up with you! Above all, you just have to eat right and sleep; the rest is important as well, but those are the most important parts of staying healthy on tour, in the studio, but especially on tour. If you’re serious about your career, that’s what you absolutely must do.

You sold your last album yourself on tour and on your website, and as you just said, this is a business. What are your thoughts on the way artists – both yourself and up-and-comers – are adapting to these changes in the business and presenting the music to the fans?

5: Here’s a perfect example – kids look for the music on YouTube. That’s just a fact; just as the sun will go down tonight and will rise in the morning. They don’t pay for music anymore. It’s such a different game now, and you can find a video on YouTube and it will have a billion views. A billion! That’s such a huge number… I mean, that’s astronomical! But the problem is that it’s only probably sold four or five million, which is great too, but it’s nothing compared to a billion. So, there’s your answer. You just have to keep up with the way people are absorbing music and get it to them in the best way possible, which is YouTube and you have to take responsibility for your career and your presentation.

So, you now have a Greatest Hits album that you’re about to release as well; will that be released the same as your last album, yourself and on tour? 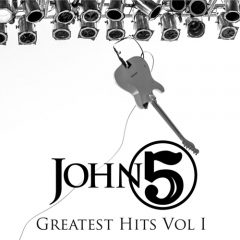 5: I am going to be releasing the Greatest Hits album through my website and at shows only; that’s what makes it so special, I am getting it directly to the fans who want it. And it’s got an amazing DVD that goes with it, and it’s so great… I wish I could reveal more, but I think it will speak for itself, so I don’t want to give away too much. But it’s an amazing DVD, so I hope the people will check it out. And while I’m on tour, I hope people will come to see the shows because I plan on giving them the best I’ve got and giving them a good time.