Paul Graham speaks with ReGen about the fourth album from Tragic Impulse, touching on the band’s more dance-heavy direction and performing live again in the post-COVID world.

An InterView with Paul Graham of Tragic Impulse

On May 6 of this year, the Pittsburgh-based band Tragic Impulse released its fourth studio album Distant Worlds, a rather impressive feat when one realizes the band began in 2015. Already the group’s most successful album to date, this beat-heavy dancefloor-friendly album was produced by Tragic Impulse mastermind Paul Graham and released via Jim Semonik’s beloved Distortion Productions imprint. In the post-COVID world, Tragic Impulse has started doing road dates again, including a well-received appearance at this year’s Dark Side of the Con, which also featured Twin Tribes, Panic Lift, and Combichrist, to name a few. ReGen Magazine was recently able to sit down and chat with Graham about the new album, the potential for touring, the influence of sci-fi on his writing, and the validity of the industrial label.

What would you consider the concept or theme behind Distant Worlds?

Graham: Distant Worlds was originally based on a song of the same name. I had intended to put that song on the album as the title track, but it never really materialized. Lyrically, it was meant to explore humans moving on from Earth to ‘distant worlds.’ Although unfinished, I liked the general premise as a concept and kept the title for the album. I’ve always been a bit of a sci-fi geek, so concepts like these tend to appeal to me.

The title of the rhythm heavy opening track ‘Oubliette’ is defined in the dictionary as ‘a secret dungeon with access only through a trapdoor in its ceiling.’ Personally, I get a sense of yearning when I listen to the song. Can you tell us more about the meaning of the song?

Graham: ‘Oubliette’ is a pretty dark track, and it was born directly out of COVID. I think most of us can relate to how COVID made us feel trapped as we huddled up in our homes and waited for it to all be over. I don’t know that we’ll ever be rid of this horrible disease entirely, but hopefully, we can safely coexist with it and get back to some semblance of normal. That said, the title ultimately is just a metaphor and relates to any situation where someone feels or has felt trapped, be that in a bad relationship, a job that is leading them nowhere, etc. I think we have all felt that way at points in our lives and the key is finding a way out of that ‘trap door.’

The album also features your version of MINISTRY’s classic ‘Just One Fix,’ which I quite like. Covers go in and out of style, and some artists are drastically opposed to interpreting material. What is your general opinion? 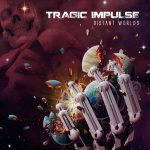 Graham: I am glad you like the cover! This is the second cover we have released – the other being Beborn Beton’s ‘Another World’ – so, I’d say I’m definitely in the ‘covers are cool’ camp. I think if you honor the original artist and make good on things like royalties, it’s all good. I am always a bit amazed at how varied fan reactions are to covers though. Some want a one-to-one copy of the original and others are not interested unless they are wildly different. Hopefully, we have found good middle ground with this one.
Regarding ‘Just One Fix,’ it was an opportunity to pay homage to one of the songs that helped get me into industrial music. I was originally into metal in the ’80s, and then when grunge hit, metal seemed to take a big downturn. I still yearned for something with an edge to it, however, and that’s when I discovered albums like MINISTRY’s Psalm 69, NIN’s Broken, and Front Line Assembly’s Millennium. The rest as they say, is history.

The new album has a very dance heavy feel. Was this your intent when you set out to write and program the material?

Graham: I am always happy if an album feels that way, but I don’t know that I specifically set out to make ‘dancier’ or more ‘clubby’ material with this album. Tragic Impulse has always kind of gravitated towards that vibe naturally though, and I think a lot of that goes back to the music I am influenced by. I love a good club banger, so my writing probably tends to reflect those attributes, even when I am not necessarily thinking about it.

Do you consider yourself a gear fan? Can you tell some of our readers what are your favorite pieces of gear you use to record?

Graham: I would not consider myself a big gearhead. These days, I am 100% soft-synths plus a controller, and I know a lot of artists that have gone this route. I think soft-synths have come so far in the last handful of years that I found I could do everything I wanted to do with them. It also frees up so much more space in the studio. Some of my favorite soft-synths include Hive, Sylenth1, the Dune series, and Serum. Those all sound amazing in their own way. I’m also a big fan of SSL plugins.

Any plans of doing any extended touring now that the world seems to be coming back to some sense of what was before?

Graham: We are hoping to get out there in the summer/fall and already have some summer shows planned (U.S. TBA). A bit of a wild card with this is that in January of this year, I fell on a patch of ice and shattered my elbow. Because of that, we are staying cautiously optimistic that I won’t need any more surgeries or any rehab that could interfere with shows. If that happens, we will be looking more towards 2023. Stay tuned…

Is your music influenced by any nonmusical forms of art like film, paining, or literature? If so, please feel free to elaborate for our readers.

Graham: I mentioned earlier I’m a big fan of sci-fi (and science non-fiction), and that definitely has had an influence on my writing. Songs like ‘Lightspeed’, ‘Space Force,’ and ‘Singularity’ all have that flavor to them. I’ve talked for years about doing a concept album and my penchant for things ‘space’ would probably make a fitting backdrop for such an endeavor. Otherwise, I tend to be influenced mostly by zeitgeist and things happening in the world.

How do you feel about being labelled as an ‘industrial band?’ Do you think that helps or hinders Tragic Impulse?

Graham: I don’t think it hurts us and it really doesn’t bother me. If I had to pick one label to describe our music, that is probably the one I’d choose even though stylistically we range a bit. Every scene has their proverbial gatekeepers and purists who put a lot of energy into labeling things, but I don’t personally worry about it much. I’ve always been happy with goth/industrial as an umbrella term since it covers a lot of ground and gives the potential listener some stylistic direction without getting too granular. That said, I wouldn’t mind harnessing some of that big post-punk/darkwave energy floating around these days. 😉

What’s on the horizon for Tragic Impulse?

Graham: Right now, we’re pretty focused on the release of the album and working towards future live shows. I’m sure the occasional remix work or Electronic Saviors compilation (big shout out to Jim Semonik and Distortion Productions!) will keep us busy, but right now, it’s all about Distant Worlds.