In a special contribution to ReGen Magazine, Carrion’s Hide Beliya’al speaks with Fade Kainer of Statiqbloom about the development of the band’s post-industrial sound to culminate in the latest album.

An InterView with Fade Kainer of Statiqbloom 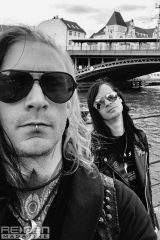 Dark atmospheres clashing with noisy rhythms and discordant vocals that recall the gritty early waves of industrial – such has been the modus operandi for Brooklyn, NY duo Statiqbloom. Over the course of several albums and EPs, compounded by the band’s dynamic and virulent live presence, Fade Kainer and Denman C. Anderson have gradually built upon the genre’s foundational ingredients to concoct a fresh take on post-industrial. Despite the turmoil of the COVID-19 pandemic, 2020 has proven to be a productive year for the pair, first with the release of remix companion to last year’s Asphyxia, and now with the new album Beneath the Whelm. Taking the band’s bleak and hallucinatory style even further, complete with a guest appearance by Mayhem vocalist Atilla Csihar, the album is perhaps Statiqbloom’s most focused and accomplished effort. In this special contribution from Carrion’s Hide Beliya’al, Kainer speaks with ReGen about his creative process on Beneath the Whelm, incorporating a heavier dose of trip-hop influence, while also touching on his past work in noise and power electronics, abusing hardware, along with the band’s plan of action amid the chaos of the pandemic, all delving deeper into his experimental mind. 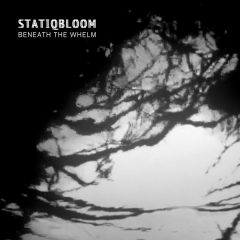 On the previous album, Asphyxia, you worked with Sanford Parker and Dave ‘Rave’ Ogilvie, and Statiqbloom’s music has had what could be called a traditional industrial sound. In what ways is the new album a progression from that? What kind of new influences or ideas did you pursue on Beneath the Whelm?

Kainer: On Beneath the Whelm, I was influenced a lot more by late ’90s trip-hop, film soundtracks, and ’80s goth and noisy techno. I think subconsciously, I wanted to see how oppressive and emotional things could get with less anger.

On this new album, I personally can hear some subtle traces of noise and power electronics in your sound design. Do you have any interest in that part of the electronic music scene?

Kainer: Yes, I have been involved in that scene for over 15 years. I’ve contributed and played live in bands including Theologian, The Body, and Jarboe.

Do you find yourself relying more on hardware or software in your process? How much do the tools you use influence the outcome of your music or the way you approach songwriting?

Kainer: It’s about 50/50. I don’t have a specific formula or workflow; I just mess around and find sounds I like to work with. I like to abuse hardware, use things in the ‘wrong way,’ make percussion sounds by sampling myself hitting things. I sampled my friends playing cello and violin on this album to make drones and textures.

Attila Csihar, who is best known as the vocalist for Mayhem, features on the track ‘The Second Coming.’ First of all, how did you come to collaborate with him on this track? What do you feel his voice brought to Statiqbloom’s music on this song?

Kainer: I’ve always been a fan of Atilla’s vocals. He’s a very unique vocalist and I love his twisted perception. I found out he was a fan of Statiqbloom. I had performed with him a few times when I was in Jarboe’s band, so I reached out to him and he was into collaborating. I feel the track came out sick! 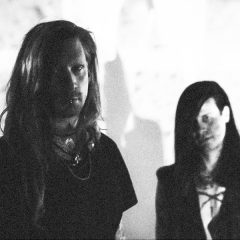 How much do the various forms of extreme metal do you feel influences what you do in Statiqbloom? What do you feel are the connections between industrial and metal that excite you the most?

Kainer: I’m influenced by most forms of extreme and experimental music. I feel the connection I take between metal and industrial is more the atmosphere for me. I really like most black metal for the atmosphere and I feel that Statiqbloom has a lot of those atmospheric elements in a way.

With at least one new release every year since 2016, how does Statiqbloom maintain such a prolific and productive pace?

Kainer: I’m constantly writing. I have a problem not being able to sit still. I’m always curious and exploring. 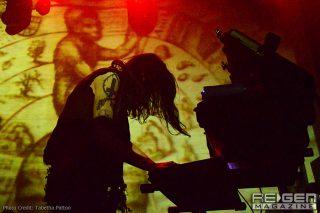 Statiqbloom also has a reputation as a formidable live act, and now, live music is in a great deal of turmoil due to the COVID-19 pandemic. What possibilities do you foresee for live music to survive or evolve in the wake of the current situation?

Kainer: There are livestreams, but I see some outside shows happening… that seems interesting. Hopefully, it’s safe! I’m high risk due to a lung condition I was born with, so this whole COVID thing has been a nightmare and a cause for a lot of anxiety for me.

On the other hand, a livestream obviously doesn’t hold the same power as a live show, but as it’s become part of the status quo, what sort of possibilities do you see for Statiqbloom and other bands to use new and online technologies to keep music alive and maintain the excitement of audiences?

Kainer: I’ve done one livestream already for Strict Tempo. It’s up on YouTube now, and I did another one for Cvlt Nation on August 14 on their YouTube livestream station. I feel that if you can’t see music in a venue, this format can still be interesting. I’ve focused on making the streams visually interesting, so it doesn’t just look like a kidnap video. I’m curious to see how other performers get creative with the form.