Feeling more anger, and conversely more love and forgiveness than ever before, German industrial/electro-pop act Rotersand provides a beacon of light in dark times, asking you How Do You Feel Today?

Since the band’s inception in 2002, Rotersand has been breaking down the barriers between the harder edges of EBM and industrial/dance with the more melodic aspects of synthpop. Helmed by vocalist Rascal Nikov and producer Krischan Jan-Eric Wesenberg, the pair have been a regular staple of the European electronic scene, topping the Deutsche Alternative Charts (DAC) several times, performing at such prominent festivals as M’era Luna, Dark City Festival, Infest, and Wave Gotik Treffen, as well as touring with fellow futurepop trailblazers as Assemblage 23, Covenant, and VNV Nation. Although the band ceased live activity for several years due to the singer’s health issues, Rotersand returned with renewed vigor with the remixed rerelease of the Truth Is Fanatic debut in 2014, followed by Capitalism TM in 2016, and the March 2020 release of How Do You Feel Today?. With this new record, Nikov and Wesenberg build upon and strengthen the foundations of Rotersand’s sound, with poignant lyrics that are as topical as they are emotional, addressing the darkness of the status quo and offering a beacon of light and hope for those willing to listen; as the COVID-19 pandemic persists, the duo explains that there could be no better time for their music to be heard in this special conversation with ReGen Magazine.

‘Hot Ashes’ is a haunting reminder of just how much the fight against fascism remains. What inspired the song and how does it fit into the album’s themes at large? 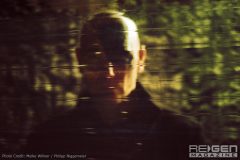 Rasc: We sometimes feel like we are living in dark times in which even the most essential values seem to evaporate in the blink of an eye, becoming a cue ball to spontaneous moods, fears, and feelings. Emotions become moods and moods suddenly turn into opinions and uncorrectable creeds. Truth is not holding onto facts anymore. Truth is truly becoming fanatic. Fascism has always been a world of dumb and easy answers to complex questions. Fascism is politically the lowest level of human existence. We have a new wave of racism in Europe and also in Germany. The last few years, things are said in public that I never thought could be said in Germany ever again. We feel the crust of civilization breaking and we hear a grinding sound of violence. This record is the soundtrack of both – the grinding sound of brutalization and the strong feelings of love, respect, and humanity as a strong answer.

If you could have the entire world listen to only one song off How Do You Feel Today?, which would it be and why? What does that song mean to you?

Why was ‘You Know Nothing’ the first single off the most recent record?

Rasc: Because it is a club hit.

Wesenberg: …and it accompanies the album title very well.

How do you think this album differs from 2016’s Capitalism TM and the rest of the Rotersand discography? 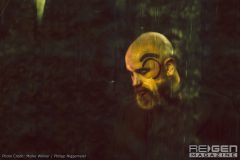 Wesenberg: That’s a topic that usually listeners and journalists can judge better than we can. Obviously there has been a development between Truth Is Fanatic in 2004 and How Do You Feel Today? in 2020. But still, we are driven by curiosity and the love for ‘trial and error’ when it comes to bringing songs to life.

Rasc: We never felt more anger before, and we never felt more love and forgiveness before at the same time. It sounds crazy and it is crazy, but these times are crazy. Everything we have said since and with Truth Is Fanatic has become true. So how shall we feel?

What influences, musically, went into the album? 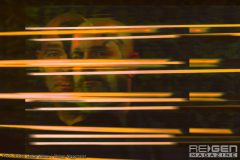 Wesenberg: Everything that carries a blend of melancholy, longing, defiance, and a glimpse of positivity. I tend to find these aspects in classical Detroit techno and in the wider field of soul and funk. I guess it doesn’t translate directly musically in Rotersand’s sound, but I hope we sometimes got this spirit a bit in our own way and form.

Rasc: And that’s exactly where we meet – in the depth of a Derrick May or Kevin Saunderson tune, in the melancholy of an old Pink Floyd song, in the emotional intensity of Tears for Fears’ ‘The Hurting,’ in the strong will to get lost in a Chemical Brothers or Underworld rave tune.

Describe your approach to composing music? How does a song go from nothing to big, bombastic bass lines and thundering drums? Where do these anthems come from?

Rasc: They come out of time. They start most of the time as a tiny spark of inspiration – a melody, a sound, words, and a vocal line. My way is typically vocal lines and a chord progression on my acoustic guitar. Sometimes it can be a synth line and a vocal melody. 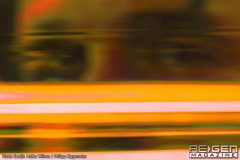 Wesenberg: I think there are two (sometimes interdependent) ways of creating Rotersand’s music – the ‘classical’ process of songwriting by creating something out of nothing, which I tend to call magical, and on the other side, the alchemistic way of creating by reassembling and reframing existence. Rasc is a magician, I am more in liaison with the alchemistic way. That’s why I like remixing so much. The production-related part of it, which you are referring to, is a question of will and work and ambition to fulfill our visions and dreams of Rotersand’s sound.

What’s the meaning behind ‘Alive’ from 2005’s Welcome to Goodbye? Could you talk a little bit about the song’s lyrical significance?

Rasc: The song is written out of the perspective of Judas Iscariot.

How have you grown as an artist from Truth Is Fanatic to How Do You Feel Today?? 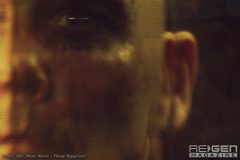 Rasc: At the time producing TIF, it was not clear who our fans will be… will there be fans? How will they react? Will we perform the songs with audiences? How? These days, we have grown with our fans and songs have become tools for our performances, for sharing emotions, lyrics, music. It is a fantastic feeling in the studio when you can imagine the song live already, when you know already that the energy of the song will raise the roof one day soon. When you feel that song has the potential to click live, I get these goosebumps in the studio. Only songs with goosebumps make it on our albums. That’s artistic growth, isn’t it?

What comes next for Rotersand? What does the future look like for you, as an artist? 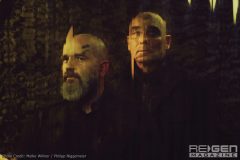 Rasc: Being in Corona in this moment, we desperately wait to be able and allowed to play the new songs live together with our fans soon. There are more important things in the world of course, and there are people really hard suffering out there at the moment. We know from our people on social media that they enjoy our new songs and that gives them some power in these times. At the same time as fear and uncertainty, these feelings of thankfulness, belief, and hope find their ways in new songs already.

Tell us something good, what are you enjoying right now?

Rasc: In Corona times, I feel strongly connected with my people even though we cannot meet physically. That’s a strong and great experience in times of fear, loss, and uncertainty.