Ex-Wolfsheim member Markus Reinhardt speaks with William Zimmerman about his musical rebirth, culminating in the debut album from his new project, Renard.

An InterView with Markus Reinhardt of Renard 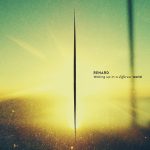 Although one of the most popular acts in the realm of electro and synthpop, the German duo of Peter Heppner and Markus Reinhardt – collectively known as Wolfsheim – was laid to rest in 2004 at what could be argued was the height of the band’s prestige. The previous year, the band’s sixth studio album Casting Shadows was an instant chart-topping success, followed by sold-out appearances in Germany and what was to become the group’s only U.S. tour in spring of 2004. However, the specter of Wolfsheim remained in many a DJ’s set list thanks to the popularity of such tracks as “Once in a Lifetime,” “Künstliche Welten,” “It’s Hurting For the First Time,” “Closer Still,” and “Now I Fall.” Now after more than a decade-and-a-half, Markus Reinhardt has embarked on a new solo endeavor under the moniker of Renard, with the project’s Waking Up In a Different World debut album released on October 9 via Metropolis Records. Joining Reinhardt on this album were a series of guest vocalists, including Alphaville’s Marian Gold, urban/folk artist Joseh, Client’s Sarah Blackwood, Pascal Finkenauer of JAW, and more, with the music presenting both a reinvention of Reinhardt’s established sense of electronic mastery and a reiteration of his penchant for layered ’80s-inspired melodies. In a special contribution to ReGen Magazine, William Zimmerman speaks with Markus Reinhardt about the formation of Renard and the development of his musical style as he breaks from his past to forge a new musical path.

You mentioned that the end of Wolfsheim motivated you to reinvent yourself. Would you say that the title of the album Waking Up In a Different World was created out of that?

Reinhardt: At first the title was there. It wasn’t the result of hours of brooding. It was suddenly just there. And it was only in retrospect that I came to realize that the title was also very important to me personally.

Someone once said, ‘optimists see opportunity in every difficulty.’ Do you think your time during quarantine/lockdown was or has been spent with this attitude or did it have more of an adverse effect on you?

Reinhardt: I believe it’s a very wise quote. But sometimes, you have to be patient and stay calm, because these difficulties don’t make sense until 10 years or so later. That’s why I tried to see the quarantine as an opportunity, and actually some positive things happened to me, which wouldn’t have happened without it. Nevertheless, I was of course still happy when the quarantine was over.

How did you decide on the guest vocalists on the release?

Reinhardt: For every song, I had a certain idea of what kind of voice could go with it. And when I got in contact with a vocalist, I gave her or him three-to-four songs to choose from. Often, it didn’t work out, but if it did, it seemed that the songs had chosen their singers themselves.

The feel of the new album almost has a more organic quality than some of Wolfsheim. How do you think the genesis of the songs differed in this project as opposed to Wolfsheim?

Reinhardt: An important aspect was the technical development. After Casting Shadows, I finally switched to software synthesizers. Already in the early ’90s, I was looking forward to one day being able to compose without a lot of external devices and their annoying cables. After the switch, I was able to work much more creatively and spontaneously – even in a hotel room. In addition, I had no time pressure and was able to find the perfect producers. And as I mentioned above, every song got the vocalist it deserved.

Tracks like ‘Travel In Time’ or ‘Hotel’ have some implication of travel while other tracks like ‘Restless’ or ‘My Heart’s Still Shaking’ have a more personal, intimate vibe. Would you say you are more inspired while moving or sitting, contemplating?

Reinhardt: Sometimes, I have the best ideas when I’m just sitting or lying around without any certain plan or something. And sometimes, something pops up in my mind while I’m out for jogging. There is a Zen walking meditation… maybe I should try it once. It could be a cool combination of both – speeding up and slowing down at the very same time, so to say.

Let’s return for the moment to the track ‘Hotel.’ Is this track based on of a specific story or were you thinking about maybe the people who have come and gone, the things good and bad that went on in the rooms and where people might have come from or were going to?

Reinhardt: Marian Gold wrote the lyrics and I really love them. But for me, the words are more about life in general than just a simple stay in a hotel. Rather, the hotel is a symbol for the world and our lives on it. So many people are afraid that in the end, their lives will be in vain and no one will remember them – the big ‘where did we come from, where are we going, and why are we here, after all’ question. What is it good for? Never leaving a trace…

Artists such as yourself or Drab Majesty have successfully recaptured the ’80s sound. On the whole, have we completely lost this sense of purity, or do you feel there is a resurgence to go back to this sound?

Reinhardt: I can’t help it, but if I make music, it sounds like that. This is probably due to my ’80s socialization. For me, it’s not just the sound, but also the kind of melodies. There’s something special about them, something that doesn’t seem to be superficial. And I guess you are right; it could be this sense of purity we’re longing for. But is it any wonder since even a short trip to a supermarket can be an overwhelming experience due to the very wide selection of articles?

What do you anticipate for the next few months for your music or the possibility of live shows?

Reinhardt: I’m not thinking so much about the next few months, but I hope that the album will be still around in 10 or even 20 years, and that the listeners enjoy it and draw inspiration from it into their lives. So far, I haven’t planned concerts because they are difficult to organize with many singers. I had some ideas that include VR and AR though, but nothing is certain yet.