InterView: Lucia Cifarelli – Following the Call of the Song0

From Drill to MDFMK to KMFDM and all other points in between, Lucia Cifarelli is a true force to be reckoned with, inviting ReGen‘s readers into her creative process as she gears up for a new solo album release.

An InterView with Lucia Cifarelli of KMFDM 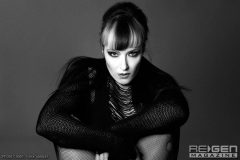 Since first appearing as the front woman for Drill, Lucia Cifarelli has proven herself a force to be reckoned with; her dynamic performance style coupled with an incendiary vocal range was unlike anything else in the late ’90s alternative scene, but it was her addition to the lineup of Sascha Konietzko’s MDFMK in 2000 that her star power began to truly assert itself. Eventually going on to join the ranks of a newly reformed KMFDM in 2002, she has since become one of the primary creative forces behind the Ultra Heavy Beat, not just as a vocalist and capable stage performer, but also as a songwriter – with a tone that moves seemingly effortlessly between sweetly sung melody, harmonious backups, and acerbic *riot grrl* fury, Lucia has earned her place as one of modern music’s finest performers. Now in the final stages of recording her second solo album, following up on 2003’s From the Land of Volcanos, Lucia was gracious enough to speak with ReGen Magazine about her songwriting process, some words on the effects and effectiveness of social media, and surviving during the current pandemic.

First of all, how are you faring during these strange times?

Cifarelli: We’re doing the best we can under the circumstances. We’re fortunate not to be sick or struggling, so I’d say we’re faring better than a lot of folks.

It’s been quite a number of years since your first solo album, From the Land of Volcanos, and you’ve been busy as an integral part of KMFDM. What motivated you to pursue a new solo release after all this time?

Cifarelli: I had a profound spiritual experience in November 2019, that sent me spiraling through my life, examining pivotal moments. It was as if I was standing outside myself watching the movie of my life and I immediately thought, if I could capture these moments through song, that’d make one hell of a record.

On the previous album, you worked with a variety of songwriters and musicians. I know that Sascha has of course been involved in the creation of the new album, but what can you tell us about the songwriting process for this new record and how it compares to the previous one?

Cifarelli: The process was very different this time around. When I made my first solo album, I was crisscrossing America, collaborating with chart-topping songwriters. This time around, I started the writing process on my own in GarageBand, in bed.

You’ve worked with some rather amazing musicians in KMFDM; from them, what would you say have been the most significant things you’ve learned as a songwriter and musician that you feel are presented on the new record?

Cifarelli: I’ve been honing my skills as a songwriter in N.Y.C. since I was 14. Because I’ve always been surrounded by such talented musicians/producers, I’d take my musical cues from them, weaving my melodic and lyrical ideas around them. This time, I was the inception point, so you’ll be experiencing the musical/lyrical vision from my point of view. I think more than anything, what I’ve learned from my very talented brothers is the ethos of what it means to be an independently minded artist.

In June, you’d released ‘Diamond in the Rough’ with Shilo Pace on guitar, and I seem to recall that you’d stated the track was not necessarily connected to the album. Is this still the case, or will that song be on the record, perhaps in another version?

Cifarelli: You are correct, it will not be included on my forthcoming album. I wrote the song with Shilo to support our black and brown brothers and sisters, as a way to show our solidarity with them and to raise money for an organization called ‘The Conscious Kid,’ a nonprofit organization that provides books for children of color, unique to their journey. It’s a standalone song that will remain on Bandcamp, with any additional donations continuing to be passed along to ‘The Conscious Kid.’

KMFDM lyrics, no matter who is singing them, tend to address many issues that affect society as a whole, usually with a focus on politics and governmental systems, but also on individual liberties and our roles as citizens. Lyrically speaking, what would you say are the main topics you’ve chosen to explore with your solo material? Is it fair to say that you’re approaching more personal and introspective themes, or would that be too simplistic?

Cifarelli: It is a deeply personal album; however, I believe everyone who listens, will find themselves represented on it and relate to it in their own way. Besides delving into personal experiences very few people may be are aware of about me, I’m exploring themes surrounding what happened to me in November 2019 when I fell down the rabbit hole and what happened there.

Throughout your career, you’ve explored many divergent musical styles. As more and more musicians continue to blend and ultimately create their own styles and sounds, what are your thoughts on the validity of genres today? Are they even a consideration for you (I’m guessing not really)?

Cifarelli: I’ve always found genre-specific labels used to define any artist grotesque. I understand how genre as a concept is helpful to the consumer, like a map is to a driver navigating the road, but I think labels are restrictive and stifle creative expression. I create in whatever style feels authentic to me at the time. I’m frankly not even sure what genre my new solo album will be considered. All I know is I’ll use every hashtag known to man in order to cast my net as wide as possible, because with digital platforms the new norm, genre is here to stay.

KMFDM’s touring plans, like so many others, were unfortunately derailed by the pandemic. Even so, is performing your solo material live a possibility that we may see happen in the future?

Cifarelli: I absolutely intend to present a visual experience to accompany this album and perhaps down the road when circumstances allow, live shows.

With regards to social media, since you are rather active on Instagram, and it’s certainly troublesome how some people use it as a means to attack each other. What are your thoughts on the way people are ‘communicating’ or ‘interacting,’ not just with artists but with each other?

Cifarelli: Obviously, it has both its up and down. I love being able to personally connect with fans around the world and have an impact on them directly through personal correspondence. I am not, however, a fan of the so called ‘Cancel Culture,’ who are essentially trolls in my book. I’ll never understand why people are so quick to believe the bad things they hear about good people. It can be overwhelming, especially when you’re the one under attack. During those moments, I try to remember that quote from The Last Samurai – ‘When someone tries to trigger you by insulting you or by doing or saying something that irritates you, take a deep breath and switch off your ego. Remember that if you are easily offended, you are easily manipulated.’

Popular culture seems to thrive on nostalgia with trends waxing and waning constantly; part of this seems to be the return of bands long gone – either through reunions or even just in reissues of past material. With this in mind along with KMFDM further exploring dub roots on the more recent albums, and considering a somewhat renewed interest in ’90s rock, has it ever been a consideration for Drill to return in any form?

Cifarelli: No, I don’t see that happening.

You’ve always seemed to me to be someone with very open eyes and ears for what’s going on in music and art, and I know you’ve had numerous influences over the years; however, with regards to this time and the making of this new album, are there any artists or bands that seemed to be of particular inspiration? 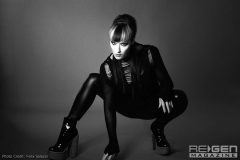 Cifarelli: When I’m writing, I’m not listening to any outside music because I don’t want to be influenced in any way. That being said, there were a couple of moments during recording when I needed some descriptors for what I wanted to hear and found myself reaching for movie soundtracks like Blade Runner 2049 and Prometheus. In other instances, it was Depeche Mode or Siouxsie Sioux. I’m not sure those are comparisons that would ever come to mind though.

Cifarelli: Of course, as I gear up to release my solo album, I begin writing on the next KMFDM album. I’m always following the call of the song! 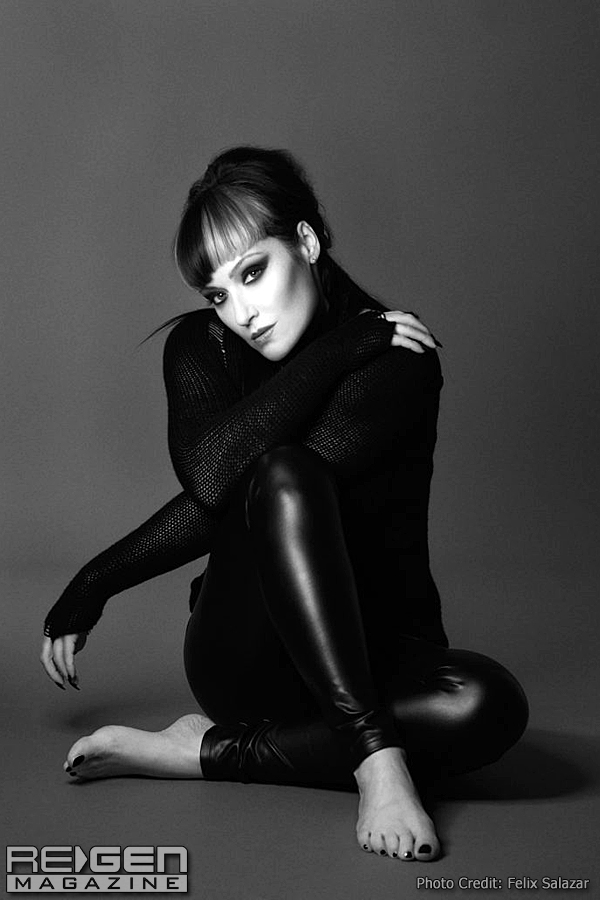 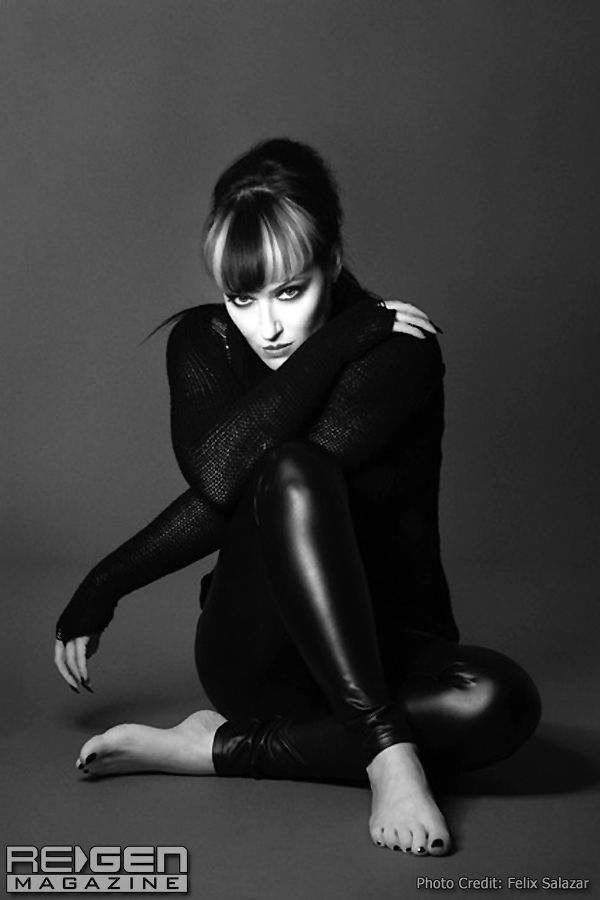 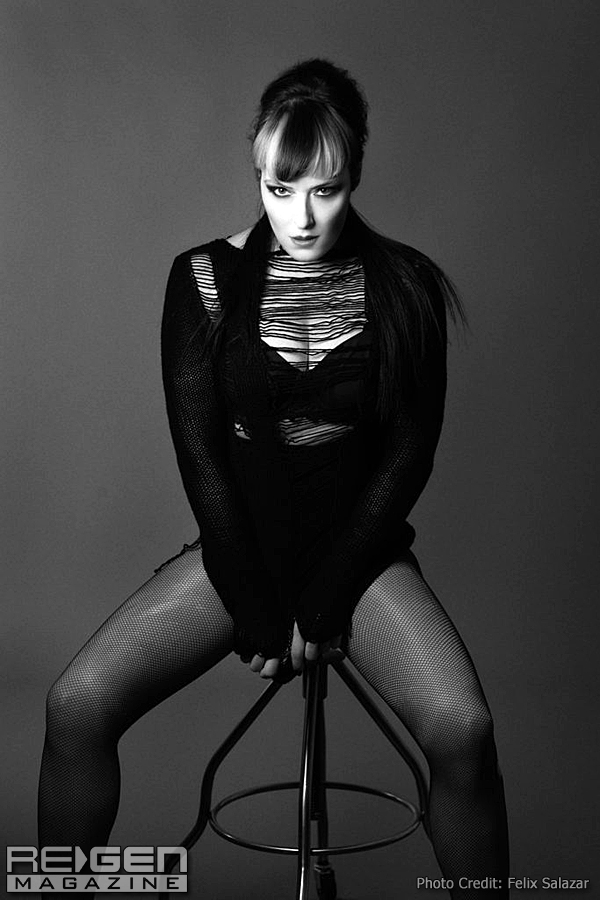 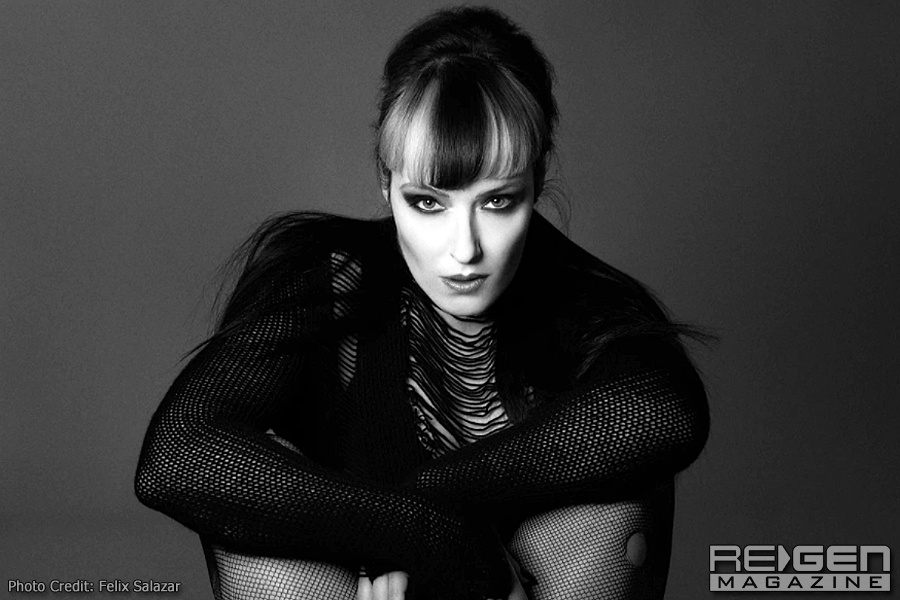 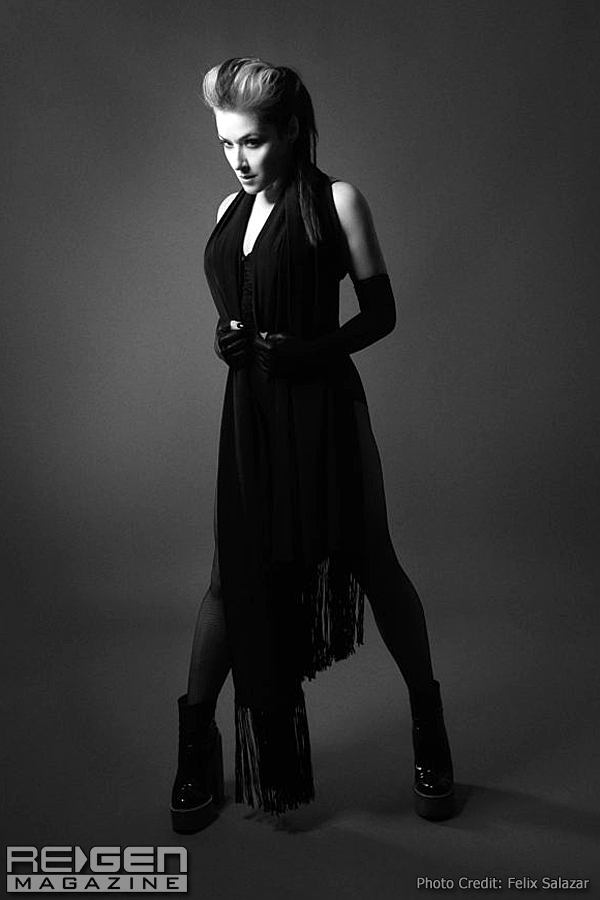 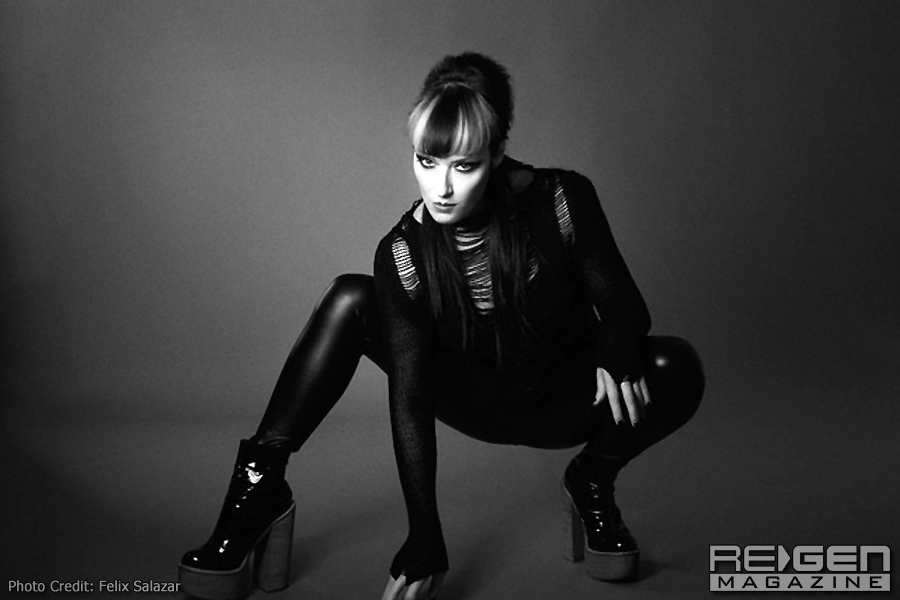